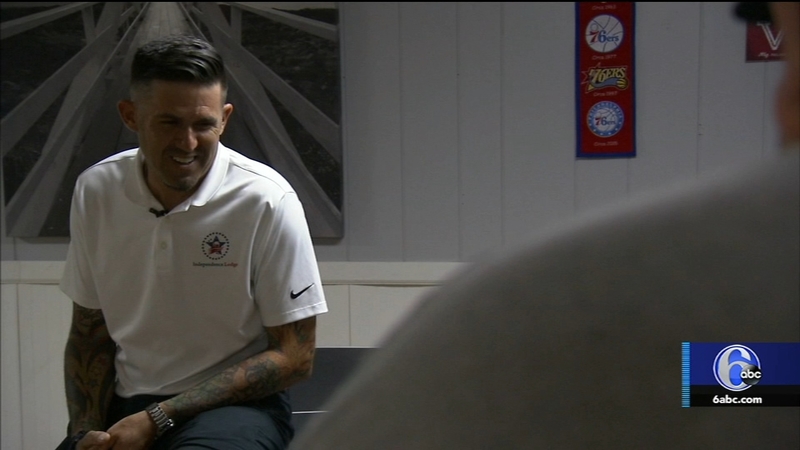 PHILADELPHIA (WPVI) -- Many people in the depths of addiction don't think it's possible to get clean, but there are thousands of success stories.

Bryan Kennedy is one of them.

He struggled with drug and alcohol addiction for years, but now he's now eight years sober and helping other men follow in his footsteps.

Kennedy has just opened his sixth sober living home. Independence Lodge helps men get back on their feet and stay off drugs after leaving rehab.

"They start in a room with a couple of guys, constant accountability, constant interaction with other guys," he said.

It's a part of a recovery process that Bryan knows is vital.

"I didn't think I would make it this far. I thought I would probably die at some point from my disease," he said.

Bryan Kennedy talks about the rough start he had on the road to recovery, and how he finally managed to turn his life around.

Bryan's addiction started with social drinking, then experimenting with painkillers. It escalated to heroin.

"Out of every drug I have ever done in my life, that drug is the devil itself," he said.

He spent years hooked, went to rehab twice before, but on his third attempt he checked into Mirmont Treatment Center, then a sober living home. The center kept him on the path of sobriety.

Bryan's now been drug and alcohol-free for more than eight years.

"But the way that I was, and it was pretty rough at the end, it's more or less if I can do this, anybody can do this," he said.

It's a message Bryan shares everyday to other men staying in the sober living homes he now runs.

"It is an exchange for me. I feel like I have to give back in order to continue to receive the gifts I receive on a daily basis," he said.

Bryan says his life now is better than he ever imagined. He has a loving family and a 13-month son, Jack.

"There is nothing like when I walk into his room and he looks up from his crib and stands up and smiles ear to ear and extends his arms towards me," he said.

Bryan says he'll tell Jack about his struggles with addiction when he's older.

For now, he's enjoying every moment with his son and inspiring others to stay in recovery.