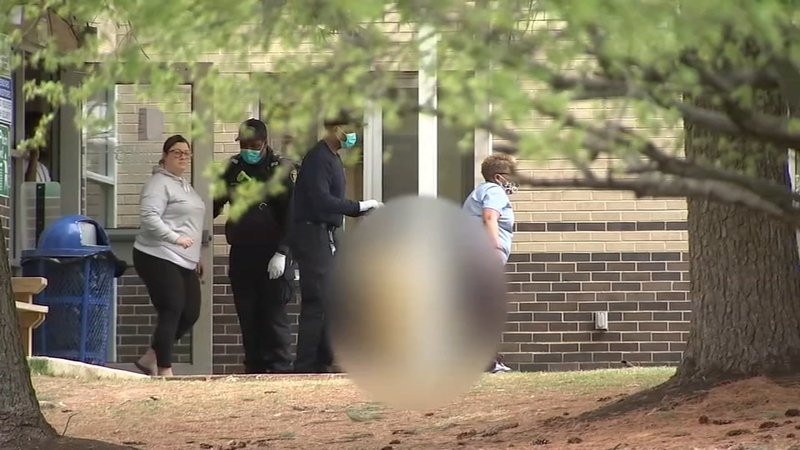 Police said the child accidentally discharged the weapon in the Achievement Charter School yard just before 9 a.m. The gun was in the child's backpack.

"One of the teachers said they heard a pop. The police are still investigating that, but I'm assuming that the gun did go off into the ground...he was by himself, no kids out with him. It's still concerning any way and we're looking into it," said Brian Phillips, the school's co-founder.

The school was placed on a brief lockdown during the incident. Students and staff were hunkered down in the classrooms, officials said.

"It was scary because I almost bust out crying," said 4th-grader Kierra Garrett.

Shortly after, an ambulance arrived. A student was carried out on a stretcher and taken to the hospital after suffering from a reported panic attack.

"Many parents pulled their kids out of school early, worried, but also angry with the lack of communication from the school.

"Parents should have been notified first. I shouldn't have had to hear anything like that over Facebook," said Jamella Ballard.

"The parents who were alerted were called directly because their student was experiencing a direct impact from the situation. Everyone else was notified once we had all the data to share," said Dr. Stacy Gill-Phillips, co-founder of WPACES.

School leaders say the 8-year-old boy was frightened and escorted out of the school by police.

His parents were called and they were all questioned by detectives. There was no word yet if any charges will be filed.