A GoFundMe has raised about $65,000 so far for the family to help with funeral and other expenses.
WPVI
By Trish Hartman and 6abc Digital Staff 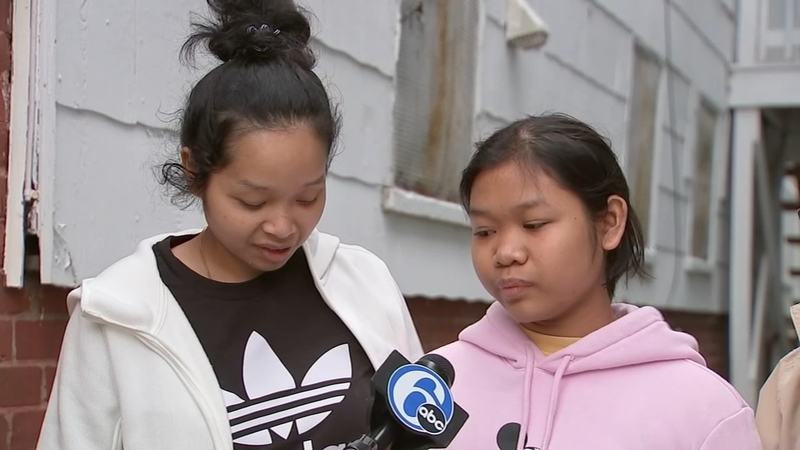 The crash happened just after 9 p.m. Sunday on the eastbound side of the Atlantic City Expressway at the Egg Harbor Toll Plaza.

Khiev, 12, stood between her sisters Mimi and Reachny as she told Action News about the crash that killed her two older brothers and her 14-year-old sister.

"I remember seeing flames all around me and then just trying to leave," said Michelle.

Michelle says the four siblings had spent the day after Christmas shopping in Philadelphia and says she was sleeping in the car on the way home when the vehicle hit the toll booth.

Once she made it out, she said a local pastor had stopped and kept her from going back into the burning car.

"He told me to jump into his arms, and I just did, and he carried me to someplace with his wife, I believe, and they just helped me calm down," said Michelle.

Michelle's sister Mimi says it's a miracle that she is alive. She said the family hopes to thank Pastor Will in person someday.

Michelle says she was very close with her 14-year-old sister Keo.

"She was very kind and always happy and had a smile on her face. She enjoyed ROTC in high school, and she loved calling her friends all the time," said Michelle.

A GoFundMe has raised about $65,000 so far for the family to help with funeral and other expenses.

The sisters say the two brothers, Tonny, 31, and Johnny, 27, lived and worked in New Hampshire and helped support the family of nine siblings.