The incident happened just after 3:30 p.m. on the corner of 17th and Haines streets.
WPVI
By 6abc Digital Staff and Jaclyn Lee 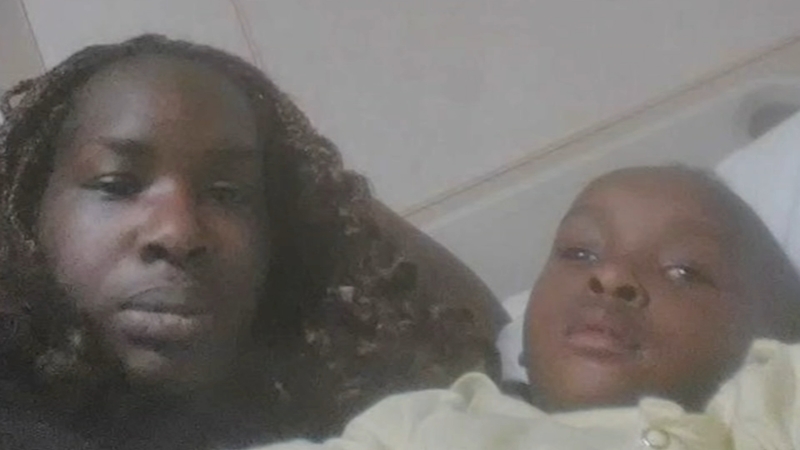 PHILADELPHIA (WPVI) -- The family members of 33-year-old Dominique Young-El and 7-year-old Auntione Terry are struggling to come to terms with the tragedy that took place Wednesday afternoon in Philadelphia's West Oak Lane section.

The mother and son duo were walking home from school when a car veered onto the sidewalk on 16th and Haines streets, hitting and killing both of them.

The mother leaves behind an 11-year-old daughter.

"It's like a shock," said Kimberly Young-El, the mother and grandmother of the victims. "It was like when the cop came here to tell me it's like I couldn't believe it."

According to police, the 49-year-old driver had a medical emergency. He was later taken to the hospital listed in stable condition.

"I'm not coping," said Jennifer Womble, sister, and aunt of the victims.

"I'm still working through it because it's one thing to say we're not talking and really can't talk," said Womble. "I cannot call her. She's not going to answer. I tried, trust me, I tried a thousand times."

And the family is also pointing fingers at the School District of Philadelphia, stating if the school bus was there as scheduled, the two would have never had to walk home.

"I feel like if the bus would have picked him up after school, my grandson and daughter would still be here," said Young-El.

A spokesperson for the school district says they haven't been able to confirm if a bus was unavailable that day but got say they are "saddened by this tragic incident."

Philadelphia police said they are still investigating this incident. No charges have been filed against the driver at this point.