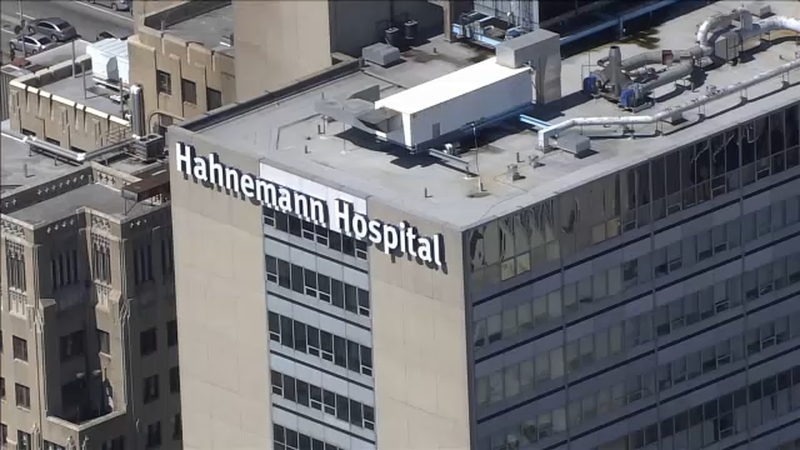 PHILADELPHIA (WPVI) -- The battle over the future of Hahnemann University hospital continues.

The parent company filed for bankruptcy for both Hahnemann and Saint Christopher's Hospital for Children.

And now the city is trying to intervene.

Changes already happening at Hahnemann, with the emergency department no longer accepting trauma patients, as of this weekend.

St. Christopher's is said to remain open but there are still a lot of unanswered questions at both hospitals.

"The date to close is expected to stay open August 25th. I don't see that happening," says Brian McCarthy, a nurse at Hahnemann for the past 7 years.

"Things in the ER happen in seconds. If things cannot be done in seconds, that's a matter of life and death," notes McCarthy.

This morning the parent company, Philadelphia Academic Health System, voluntarily filed for Chapter 11 bankruptcy, saying it "will ensure on orderly wind down of the operations of Hahnemann, while assuring patient safety. It will also facilitate a restructuring of St Christopher's which will enable it to remain in full operation."

"Quite honestly ever since the new owner came in we don't know what's going to happen from one day to the next," says Deborah Young, R.N.

Young has worked at St. Christopher's for almost 40 years. and is hoping things turn around.

Meanwhile Drexel University says that a lawsuit filed against the hospital owners, to block the closing and get back compensation for its partnership with Hahnemann to train physicians, has now been referred to Federal Bankruptcy Court in Wilmington, Delaware, due to today's filing.

A judge did rule the city could intervene and join Drexel's lawsuit.

"We're hopeful something can be salvaged in the end, and we can still have a facility that's operating but we'll see as we move forward on this," said Philadelphia Mayor Jim Kenney.

"They've not exactly been the best to work with. It's driven by the personality of one person, and that personality can be erratic sometimes," he said of PAHS owner Joel Freedman.

"If this was a non-profit company, we'd have the ability to force situations. But this is private non profit," he continued.