Dominique Harris, 30, is currently locked up in the Bucks County prison. He was denied bail.
WPVI
By 6abc Digital Staff and Trish Hartman 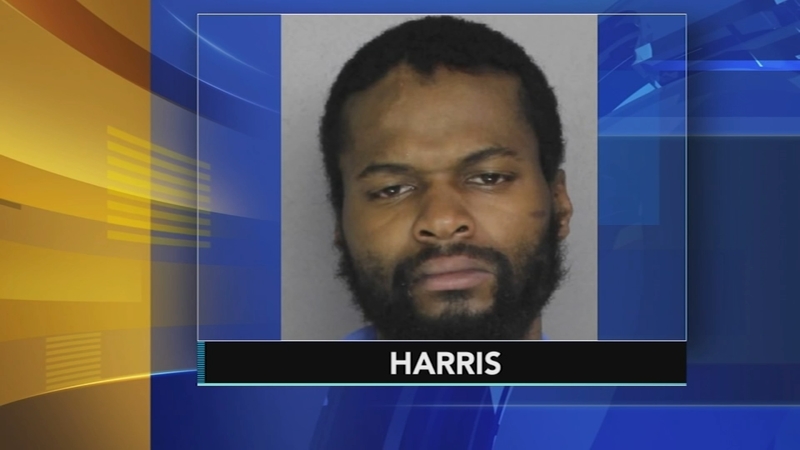 Police announce arrest after man stabbed, run over by car in Bensalem

BENSALEM, Pennsylvania (WPVI) -- Bucks County officials have announced an arrest in connection to a horrific attack in Bensalem Wednesday morning.

Dominique Isaac Harris, 30, of Philadelphia, is charged with the brutal killing of 54-year-old Michael Pickens of Bensalem and Morrisville.

Police say Pickens was working at Wendy's on Street Road and was taking out the trash when Harris approached him, then chased him down the street with a knife.

Harris caught him in the parking lot of Bensalem Beer and Soda on the 1900 block of Street Road, where he stabbed Pickens dozens of times.

The assault was caught on surveillance video around 1:40 a.m.

"The defendant hunted the victim down like an animal. (Harris) stabbed him repeatedly, and this was contrasted by somebody who fought so valiantly and heroically for their own life," said Bucks County District Attorney Matt Weintraub.

Harris is also accused of running over Pickens multiple times with his car.

"The defendant, after stabbing him dozens of times, ran from the scene. He then returned, driving an Infiniti. The defendant then ran Mr. Pickens over three times in the parking lot," said William McVey, Bensalem Township director of public safety.

Police say Harris then put the victim in his car and fled.

Hours later, an employee showed up to work and saw blood in the parking lot. That prompted them to call authorities.

Police caught up with Harris on Wednesday night and found bloodstains inside and outside his vehicle.

Pickens' body was found Thursday morning near the SEPTA Cornwells Heights Station Park & Ride with a belt around his neck, according to Weintraub.

"We know that on January 27 of this year, there was some type of incident that resulted in the defendant being charged with harassment and fired from that business," said McVey. "The victim, in that case, was also Mr. Pickens."

Harris is currently locked up in the Bucks County prison. He was denied bail.