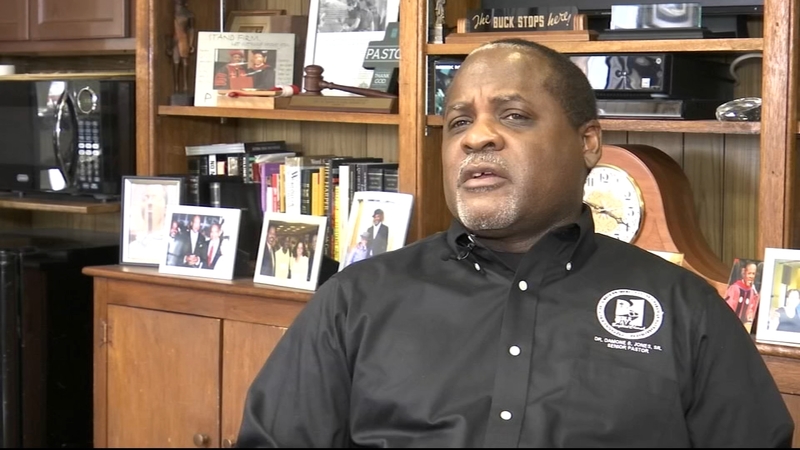 "It's the weirdest thing to get used to preaching to an empty building," said Jones, who has been a pastor for nearly 30 years.

But he's always known that to reach the ones who need him most he has to go beyond the four walls of his sanctuary.

That's what called him to be a pastor. He started preaching in prisons at the age of 19. The church is a city-approved community service site. He advocates for young men in court.

"My heart beats for these kids and the things that they go through. So I have to try to keep myself as healthy as possible," he said.

Pastor Jones hasn't been able to go in the prison since the pandemic started, putting a pause on one of his most effective programs, but he's still finding ways to help the youth behind bars.

"Every time I'm in the car with him, it never fails, the phone rings and it's someone from prison calling him," said his wife, Dr. Melissa Jones, who is a counselor in the church.

While the church remains empty, Pastor Jones is out in the West Philadelphia community every day. It's his life's work. He grew up 10 blocks away.