Alicia Vitarelli and Rick Williams give you an in-depth preview of the Broadway shows coming to Philadelphia for the 2022-23 season.

PHILADELPHIA (WPVI) -- Alicia Vitarelli and Rick Williams give you an in-depth preview of the Broadway shows coming to Philadelphia for the 2022-23 season.

Broadway is back in Philadelphia in a big way, with 14 productions in the 2022-23 season, almost 50 Tony Awards won between them.

There are Philadelphia premieres -- some straight off their Broadway run -- and fan favorites back by popular demand.

"Tina: The Tina Turner" musical is the first subscription show of the season. It's high energy with powerful music and choreography and a life story that is both tragic and awe-inspiring. Tina - The Tina Turner Musical - Kimmel Cultural Campus

You can ring in the New Year with "Jagged Little Pill", based on Alanis Morissette's groundbreaking '90s album. It was nominated for 15 Tony Awards and took home a Grammy for Best Musical Theater Album. Jagged Little Pill - Kimmel Cultural Campus

Philadelphia-born playwright Charles Fuller won a Pulitzer for the work, and if you don't already know the story, the ending may surprise you. "A Soldier's Play" *

It's an all-female and gender-neutral, multicultural cast telling the story of the Founding Fathers.

It hit Broadway last year, and it's blown up on social media and on stage.

So we headed to the nation's capital for a behind-the-scenes look at The National Theater, where it's currently playing and where the Tony Award-winning costumes are on full glorious display.

The show is a mash-up of a Broadway musical and a pop concert with each Queen taking the stage with a solo singing HER story, elevating the wives to more than the powerful man they married and the saying they've become known for-divorced, beheaded, died, divorced, beheaded, survived.

It follows the story of Lydia, who is obsessed with death and the afterlife, and Beetlejuice, a character from the nether world who's obsessed with the idea of living.

There's a brand new score along with beloved old songs.

We headed to Hollywood to be transported to the Moulin Rouge in turn-of-the-20th century Paris. The musical is a revival of the 2001 movie and 10 years in the making; that's how long it took to get the rights to the 75 pop songs in the score, covering 160 years of music.

The costumes and set are decadent and lush, the story a mashup of other Broadway musicals with both hidden and forbidden love.

The artist, Toulouse-Lautrec is a club regular, and there's the wealthy Duke playing the villain who threatens to destroy it all.

Shows back by popular demand

"Annie" is the season's opening act.

The show features classics like "It's a Hard Knock Life" and "Tomorrow" with a fresh perspective but the story remains the same -- a little girl who believes in a better tomorrow as she tries to figure out how to win over Daddy Warbucks.

"Les Misérables" is making its pandemic-delayed return to Philadelphia.

It was supposed to open in March of 2020 at the Academy of Music.

This will be one of the first performances for the touring production since the start of COVID.

"Come From Away" is coming back to Philadelphia in February.

It's one of the all-time Philadelphia audience favorites, a true story that unfolded in the days after the 9/11 attacks when 38 planes and thousands of passengers were stranded in Gander, Newfoundland.

And the people in that tiny town opened their homes and hearts to strangers.

"Come From Away" - Kimmel Cultural Campus

"CATS" is another Philadelphia favorite, selling out almost every performance.

The Broadway classic puts performers in full feline form, from the intricate design of the makeup to the mesmerizing cat-like moves and the famous Andrew Lloyd Weber score.

It's the classic score by Lloyd Webber and Tim Rice, telling the story of Jesus' last days through song.

It was a game-changer when it first hit the stage a half-century ago.

This revival of the classic was created in London and brought to America to celebrate the 50th anniversary of the original, delayed a few years by the pandemic.

"The Lion King" has engaged audiences for more than two decades, and it's the final show of the Broadway series, with an extended four-week run next summer.

The production has won more than 70 global theatrical awards.

"Blue Man" comes to town for the holidays

The holidays are always a big time for Broadway.

The kids are out of school so people come to the city to shop, dine and see a show.

That's why you'll always find a family-friendly favorite playing the week between Christmas and New Year.

We headed North to the Big Apple to catch them in action.

We are at the Academy of Music getting ready for the start of a new Broadway series here in Philadelphia. The musicals are a huge draw but so is the music, dance and storytelling from the Philadelphia Orchestra and the resident companies on the Kimmel Cultural campus.

It's the Philadelphia Orchestra's first full season back.

It reflects the new partnership between the Orchestra and the Kimmel Cultural Campus, including an old favorite with a new name -- The Miller Theatre, formerly known as The Merriam.

Among the new leadership's goals? To spotlight social issues and make the campus more accessible to the community.

Opening night for the orchestra is September 28th at Verizon Hall with Music Director Yannick Nézet-Séguin.

The ensemble will be joined by composer and flutist Valerie Coleman.

Yannick and the Philadelphia Orchestra just won their first Grammy for the symphonies of Florence Price.

And Yannick brings the world premiere of "The Vespers of the Blessed Earth" at Verizon Hall.

A song about protecting the natural environment.

The Philadelphia Ballet begins in October with a magical evening at the Academy of Music.

It starts off with Cinderella, which is set to the score of Prokofiev. It features the choreography of Ben Stevenson.

And that goes for adults, too.

George Balanchine's family tradition 'The Nutcracker' will run the holiday season at the Academy of Music.

Then, it's 'New Works,' 3 premieres by 3 renowned choreographers.

The intimate show will take place at the Perelman Theater.

Opera Philadelphia is kicking off its Festival 'O' 22 in late September with a production of Toshio Hosokawa's 'The Raven.

It's a one-woman opera based on Edgar Allan Poe's poetry that will be staged at the Miller Theater.

There are 30 different performances in all, across multiple venues. Rossini's Otello from Shakespeare will play at the Academy of Music.

There's Opera on Film too.

Including the world premiere of Black Lodge, a mix of horror and rock'n'roll, inspired by David Lynch's Twin Peaks.

For the Winter Concert, Opera Philadelphia Chorus and Orchestra meet at the Academy of Music.

Carmina Burana will be paired with Credo, prose taken from W.E.B. Du Bois.

The spring production is La bohme. But it's a La bohme like you've never seen it before," says Luzi.

A hip-hop opera, with a film starring Beyonce, and an official Opera Philadelphia beer from Conshohocken Brewing Company

The choreographers have been working with the dancers for two years now, all producing PHILADANCO premieres.

PHILADANCO has new leadership too, with Kim Bears-Bailey picking up the reins from legendary founder Joan Myers Brown.

Arts Launch, open for a free day of performances, September 10, 2022

Volver Restaurant on the ground floor of the Kimmel Center offers a taste of Chef Jose Garces' travels around the world.

The restaurant closed with the theaters at the start of the pandemic and when the curtains rose again last fall, the former Iron Chef introduced new chef-in-residency programming.

The inaugural residency featured six emerging chefs, with a focus on diversity. The chefs get exposure plus mentorship from Chef Garces.

The chef-in-residency program has wrapped its first season but will launch with a new class of emerging chefs in September.

In addition to Volver, there is catering, concessions at each show and a brand new café opening at the Kimmel Center this fall.

You can also do happy hour at Balcony Bar as part of Center City Sips, Wednesdays through August 31.

And when the Broadway series kicks off this fall, look for specially-themed cocktails that are available during the run of the show at Volver and concession. 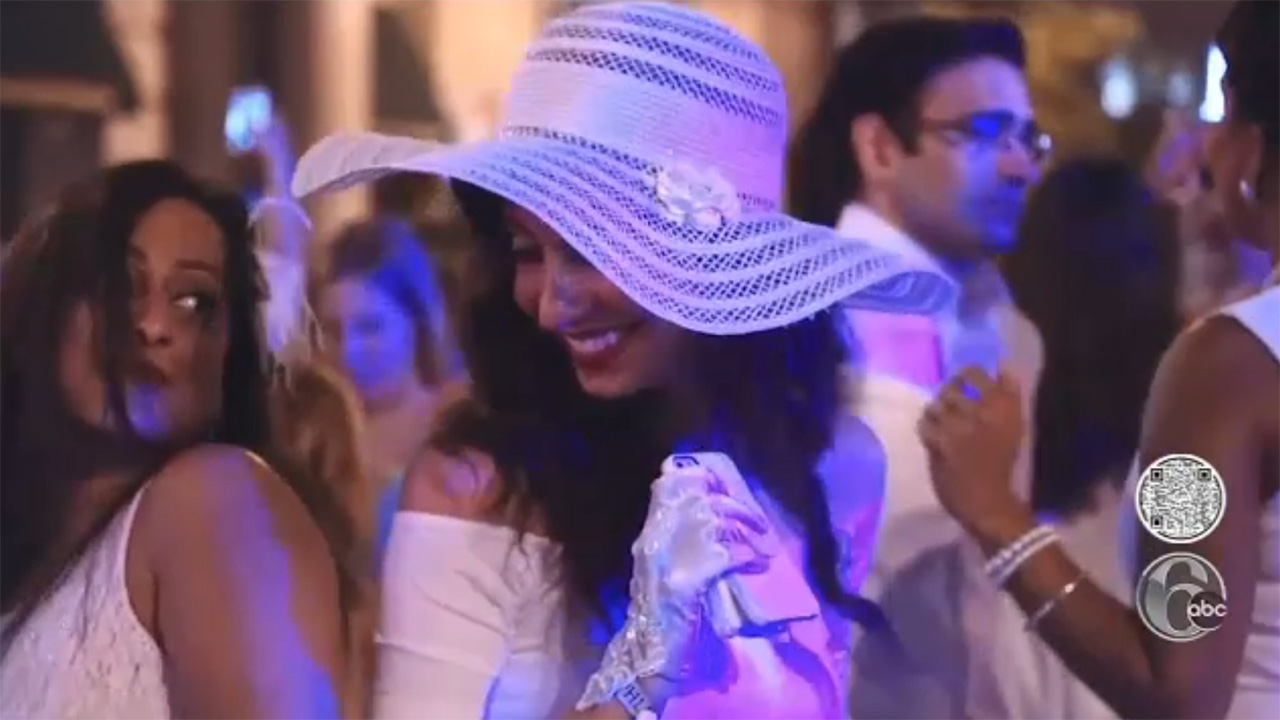 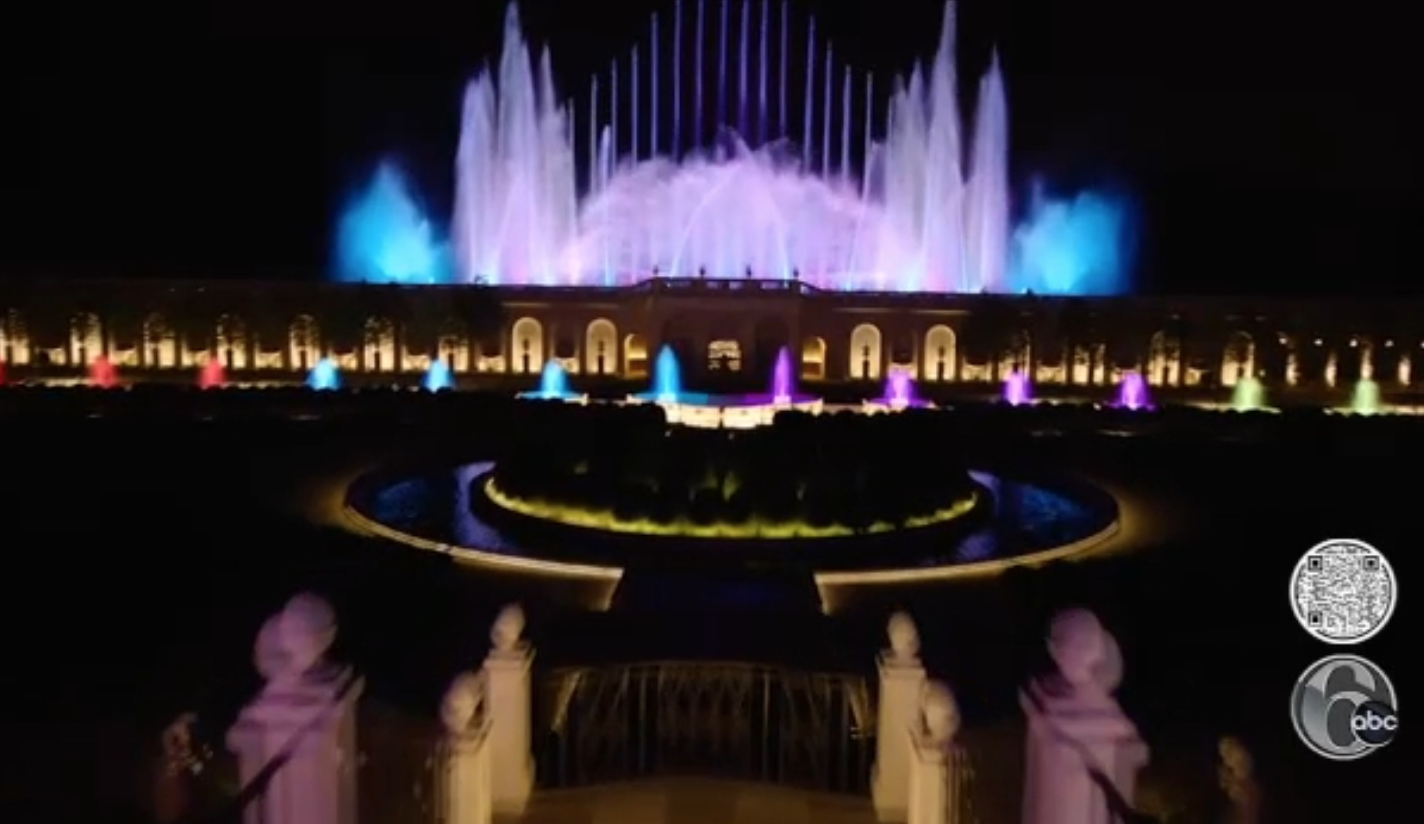 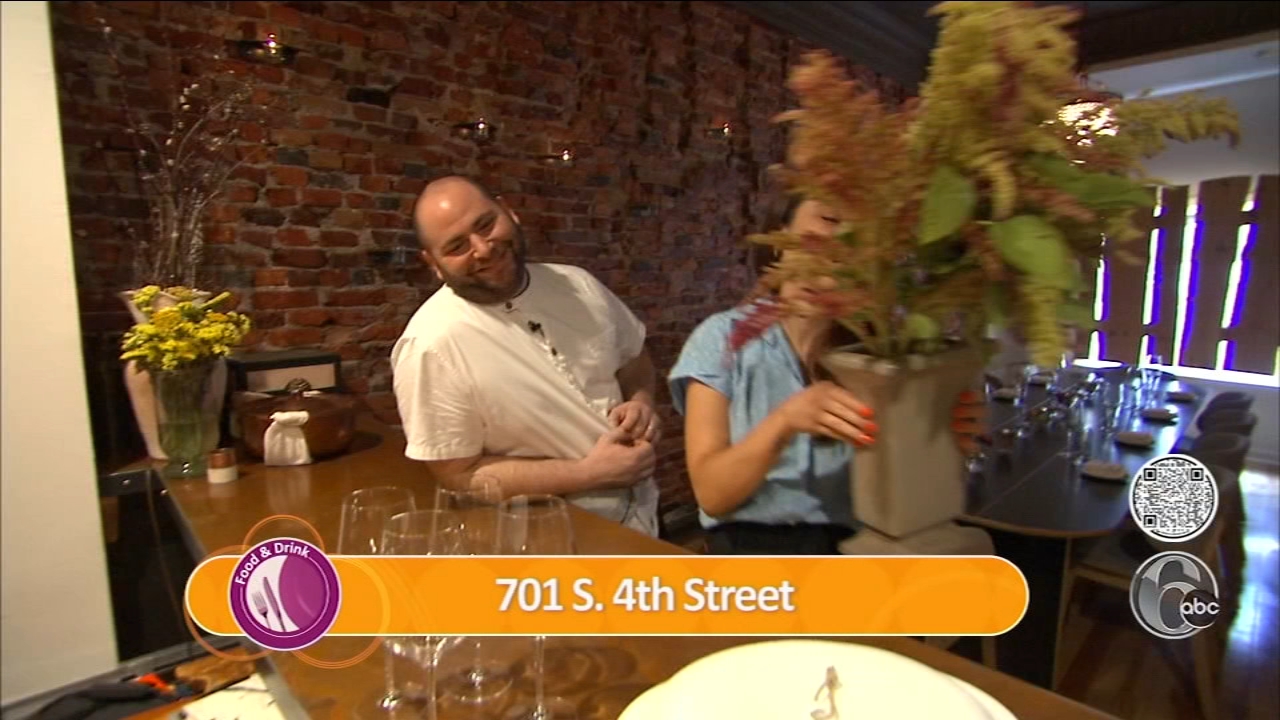 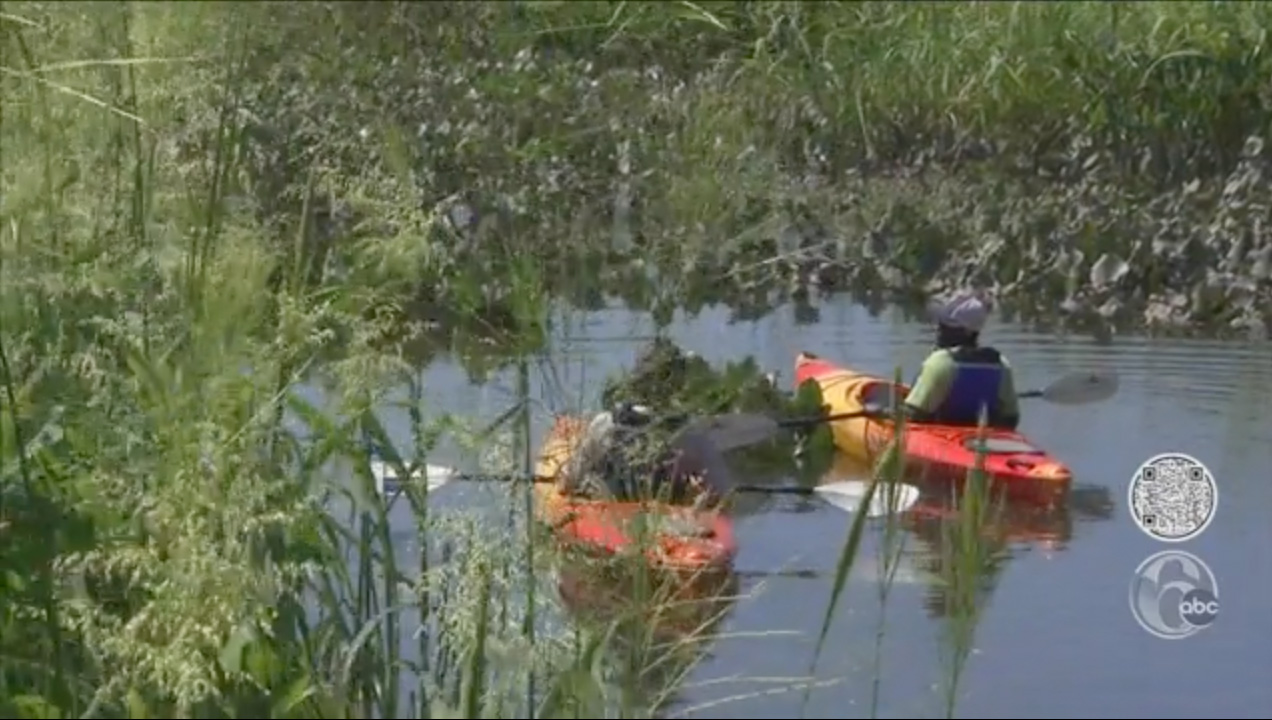 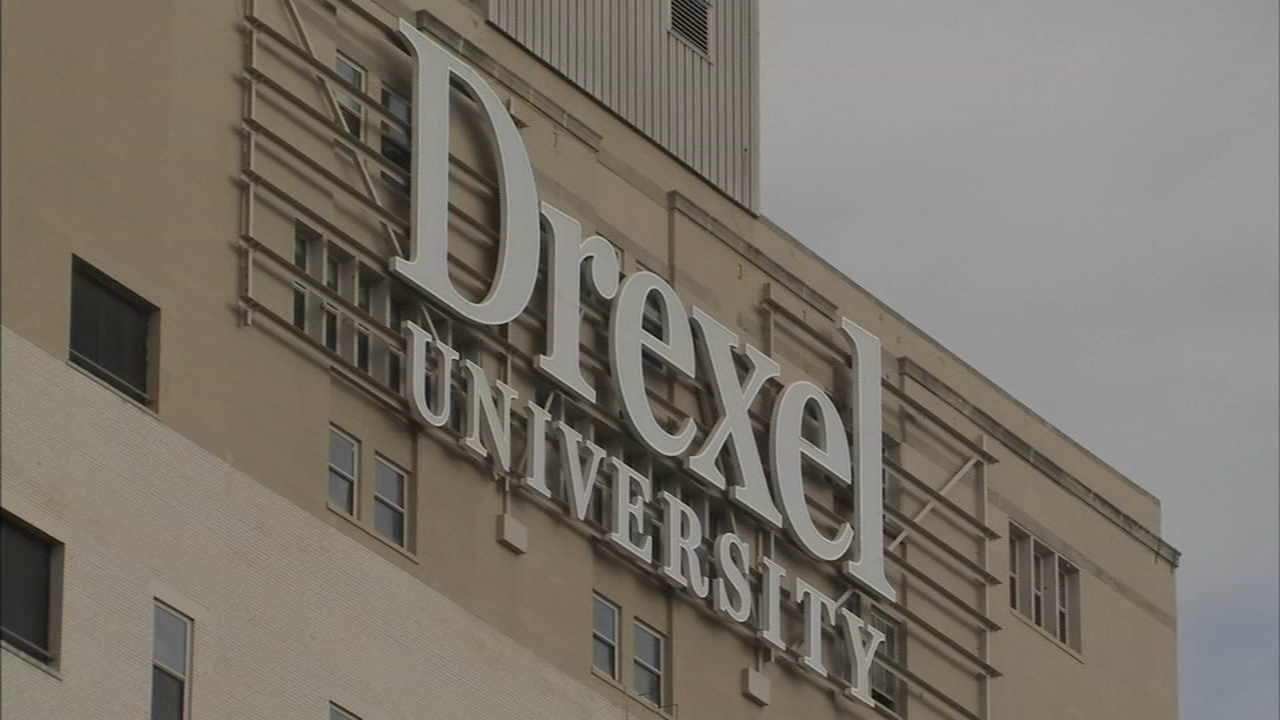