The drivers in both crashes left the scene, officials say.
WPVI
By 6abc Digital Staff and Katie Katro 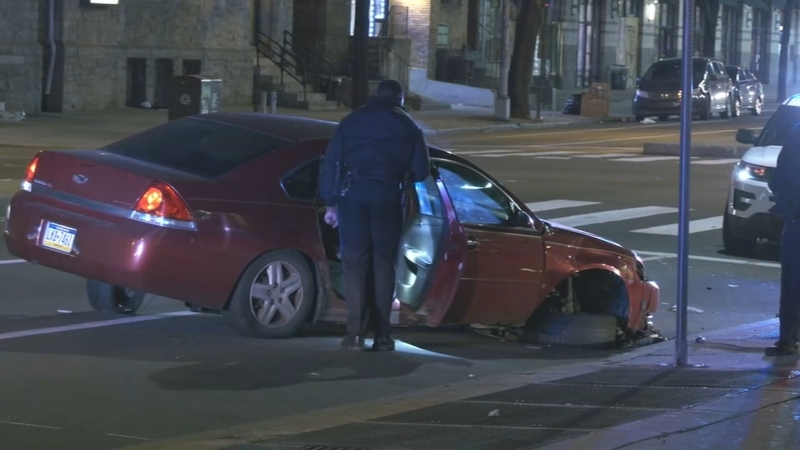 Police say a 50-year-old woman was getting off a SEPTA bus Friday around 11:30 p.m. in North Philadelphia near Broad Street and Allegheny Avenue.

"It's a lot of females that be standing on this street and to have somebody run and hit another female that's kind of crazy," said Erica Rodriguez from North Philadelphia.

As the victim went to cross the street, a driver jumped the median, striking her, officials say.

Authorities add that several occupants inside the striking vehicle, a Chevrolet Impala, ran away from the scene.

"When you see somebody that's crossing, you know just wait a minute, hold up and then let them go, and then you can go about your business," said Terrance Wroten from North Philadelphia.

The woman was rushed to Temple University Hospital, where she died from her injuries.

"I feel bad for her family. I hope whoever did it, turn themselves in," said Sonya Carter from North Philadelphia.

Philadelphia police were called to the 2700 block of Island Avenue Friday just before 9 p.m. for a crash.

Once police arrived on the scene, they found a 46-year-old woman suffering from multiple injuries after getting hit by a car.

Officials say the driver left the scene, and there's no description of the vehicle.

She was rushed to Penn Presbyterian Hospital and later died from her injuries.

"She was knocked out of her shoes, and her purse, both of those items, were several feet from where the body was," said Inspector D.F. Pace, with Philadelphia Police Department. "She also suffered severe trauma to the head."

No arrests have been made in either crash.