The girl's 33-year-old mother and 7-year-old sister were taken the hospital in stable condition.
WPVI
By Katherine Scott 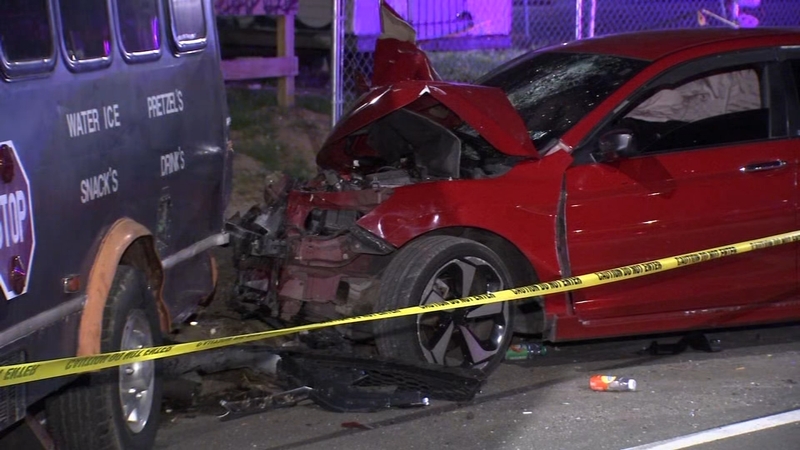 PHILADELPHIA (WPVI) -- A 9-year-old girl has died and her mother and sister are injured after their car crashed into the back of a parked water ice truck in North Philadelphia on Wednesday night.

It happened shortly before 11:30 p.m. at Germantown and Erie avenues.

The 9-year-old girl was taken to St. Christopher's Hospital for Children where she was pronounced dead a short time later.

Police said the 33-year-old mother, who was driving the red 2017 Honda sedan, was taken to Temple University Hospital in stable condition. She suffered facial injuries and a possible broken leg.

The girl's 7-year-old sister was taken to Saint Christopher's Hospital for Children in stable condition. 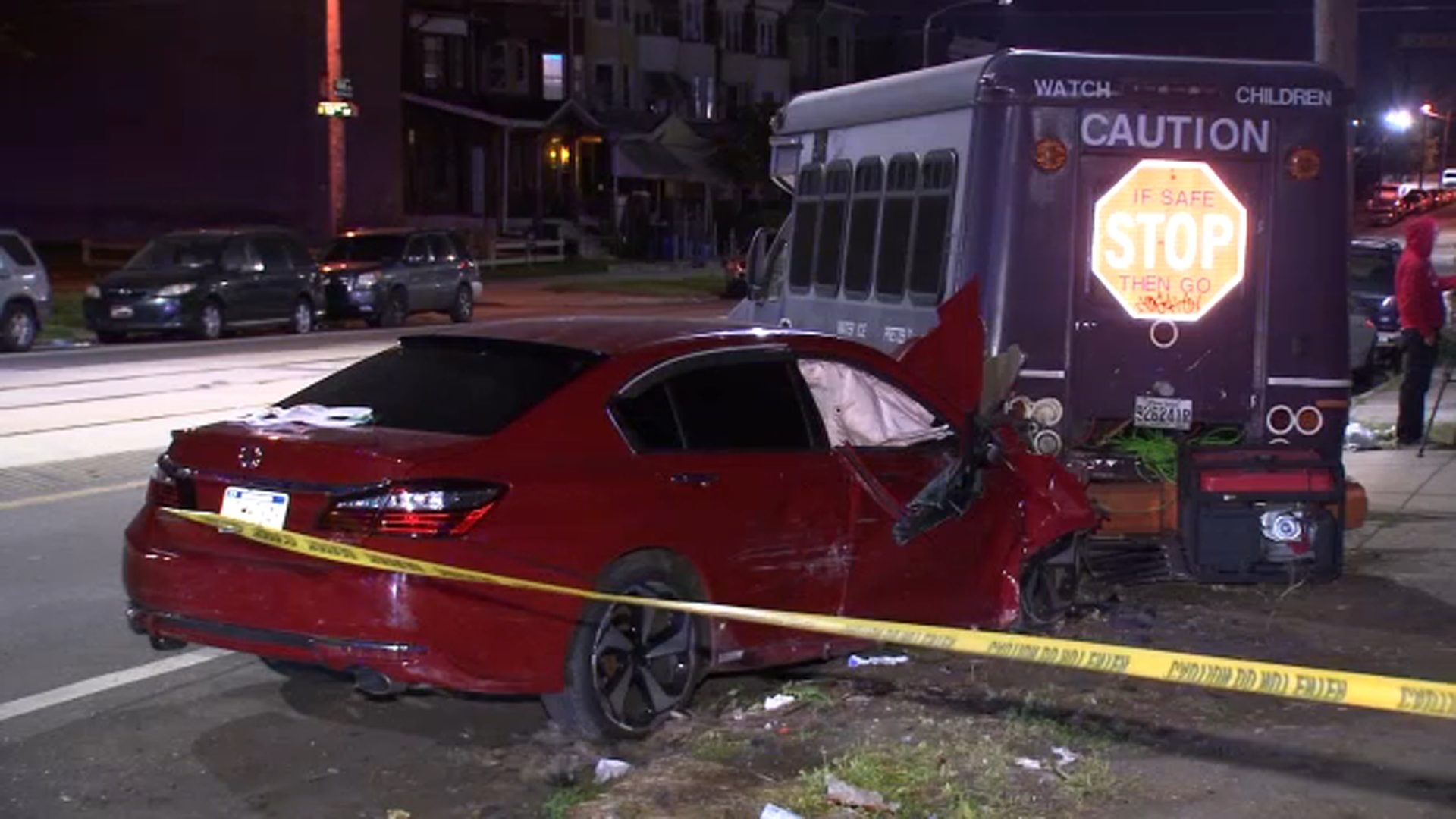 Police said both children had been sitting in the backseat at the time of the crash.

No one was inside the minibus that had been converted into a water ice truck.

The Action Cam on the scene showed the Honda with heavy front-end damage and its airbags deployed.

Investigators believe the mother was going east on Erie when she somehow lost control of the vehicle.

"We're not sure if there was an accident or some sort of incident that caused the 33-year- old driver to lose control at this time- we're not sure. We did find some parts of that Honda about 100 feet west before striking the rear of this minibus," said Philadelphia Police Chief Inspector Scott Small. 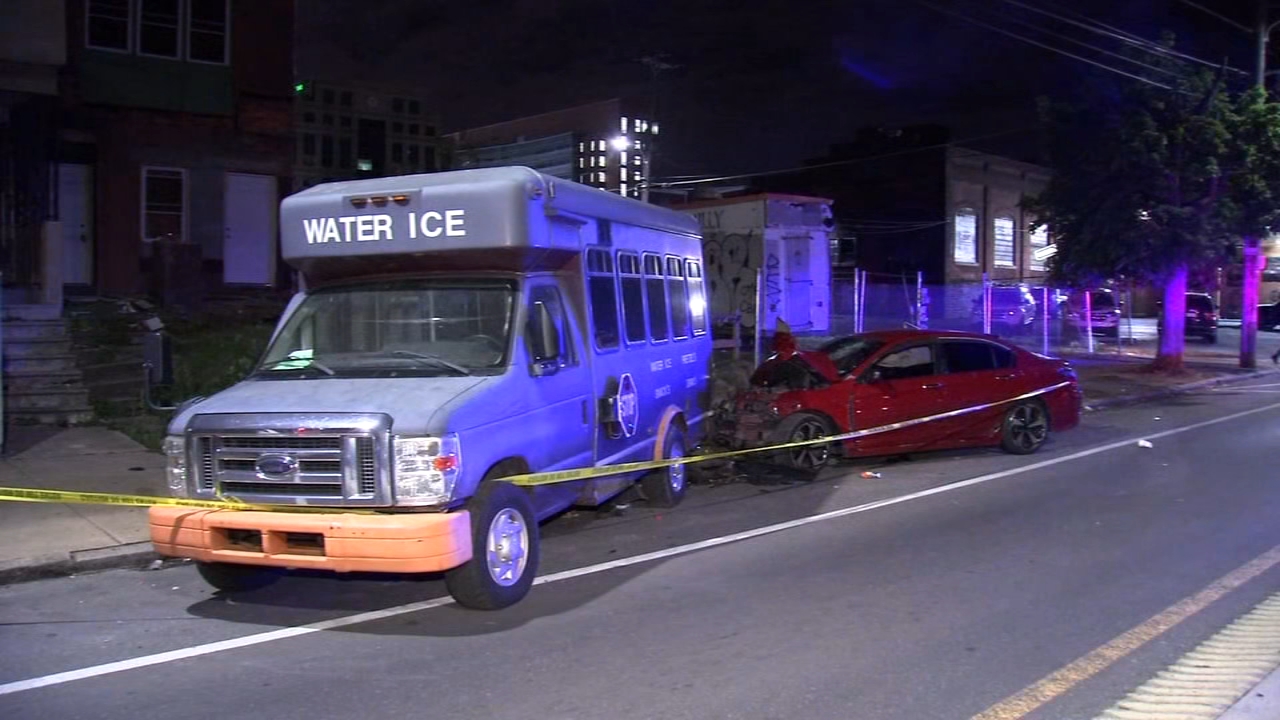 Police say there's no evidence of impairment. They're investigating whether speed was a factor.

"Accident investigators are on location, going to take measurements, do their graphs and charts, and they'll determine if speed was a factor," said Small.