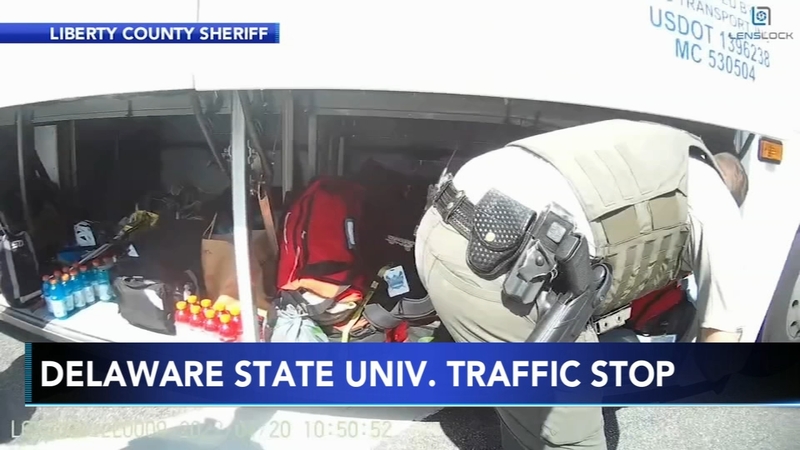 Deputies pulled the bus over for traveling in the left lane.

During the stop the sheriff said a K9 alerted to the luggage under the bus.

"Once aboard the vehicle the deputy informed the passengers the search would be completed," said Bowman. "This is the same protocol that is expected to be used no matter the race, gender, age or destination of the passenger."

Officials say nothing illegal was found.

Bowman added the stop is being formally reviewed to make sure the deputies followed policy.

"Like so many others, I'm deeply troubled by the actions that our Delaware State University Women's Lacrosse team and staff endured in Georgia this past April.

I want to commend these outstanding young women for their valor, and my fellow Delawareans for rallying around them.

Over the last few days, I've spoken with those affected at Delaware State, as well as the authorities in a position to investigate these events.

Following discussions with both the U.S. Department of Justice and the Georgia Attorney General, I sent the attached letter urging a full examination and I have every reason to believe one will occur."