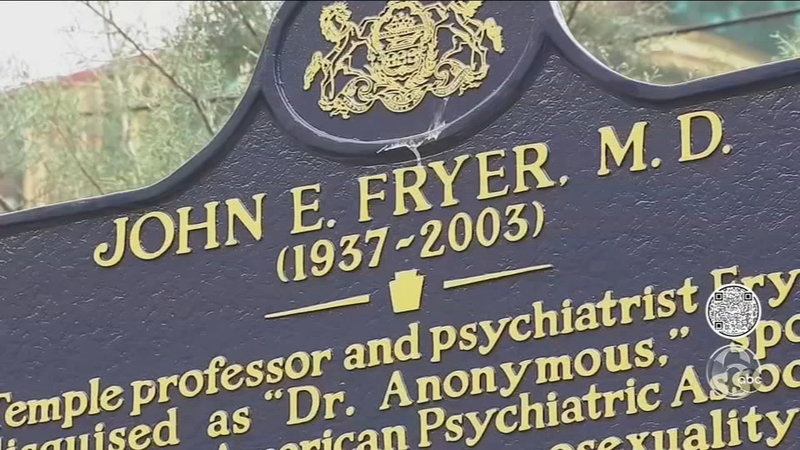 20 years earlier, the APA had added homosexuality to its book of mental disorders.

To challenge that classification, Dr. Fryer donned a wig and a distorted Nixon mask. He used a voice modulator and was identified by the alias, Dr. Henry Anonymous.

The disguise spoke to the risk to his career. If he'd been outed in that speech, he would likely never work again; his license would be revoked.

Because being gay was classified as a disorder, people were subject to a number of so-called cures, including lobotomies, chemical castration, electric shock therapy and institutionalization.

The following year, the APA removed homosexuality from its "Bible" of mental disorders.

In the decades after, the military ban fell, the same sex marriage ban fell and LGBTQIA+ people were no longer fired just for being gay.

But Dr. Fryer remained Dr. Anonymous for more than two decades, his story largely unknown until award-winning writer, actor and director Ain Gordon started a two-year residency at the Historical Society of Pennsylvania.

There, deep in the archives, Gordon found 217 boxes of Dr. Fryer's personal effects.

There's the history-making speech, written in Dr. Fryer's own hand, an audio recording of Dr. Fryer delivering it, and a diary he'd written in the day after.

Gordon wrote a play about Dr. Fryer called 217 Boxes. His longtime home, in the city's Germantown section, was recently added to the Philadelphia Register of Historic Places, and there's now an historical marker at 13th and Locust Streets.

On May 2, the 50th anniversary of his speech, was designated John Fryer Day, with community leaders gathering at the marker to celebrate Dr. Fryer's legacy as not just an important LGBTQ civil rights leader, but as an American civil rights hero.