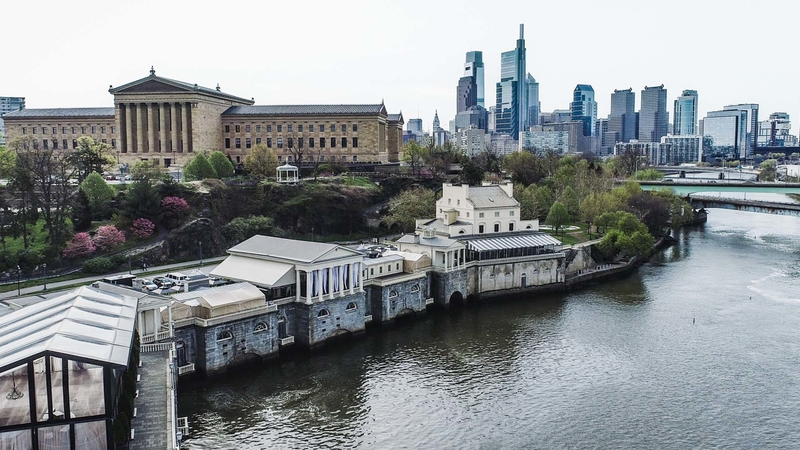 Fairmount Water Works preserves 200 years of history on the Schuylkill

PHILADELPHIA, Pennsylvania (WPVI) -- "We all need water," said Dionne Watts-Williams. "And so, the best way to make sure next generations are benefiting from it is to take care of our river."

Watts-Williams is the communications manager for Fairmount Water Works, the public outreach arm of the Philadelphia Water Department.

In the early 1800s, Philadelphia's first successful municipal water supply system was built there along the Schuylkill River. Although a complex network of underground pipes has replaced this technology, more than a million people still rely on the Schuylkill for their drinking water today.

The pumping station operated until 1909 and subsequently became an aquarium from 1911 to 1962. Then, it was home to the Kelly Pool until 1972. Today, Fairmount Water Works serves as an interpretive center for all its history.

"We're always thinking of ways to relate back to the history and what it meant to the greater public," said Watts-Williams.

However, in September of 2021, the interactive exhibit was pummeled by historic flood waters.

"Last year, the remnants of Hurricane Ida impacted not only our drinking water capabilities temporarily, but at the same time, inundated the Fairmount Water Works," said Lance Butler, a Senior Scientist with the Philadelphia Water Department.

Butler described it as his worst nightmare coming true.

"For 48 hours, we had nine feet of water," he said. "All of our facilities, all of our electronic exhibits, they were destroyed."

For half a year now, a community effort of staff and volunteers have pitched in to rebuild parts of the exhibit and even create a new one about segregation in public pools.

The Fund for the Water Works, Philadelphia Water Department, and Philadelphia Parks and Recreation teamed up to make the rehabilitation possible. They devised a resiliency plan to reduce the cost of inevitable future flooding.

"It's been slow and steady, getting this facility back into somewhat operating order and building in a lot of flood emergency protocol this time around," said Butler.

This way, the 200-year old Fairmount Water Works will continue to be an institution that teaches a new generation about caring for their watershed.

"We're really hoping to use this window in time to really just rebuild and come back stronger and better," said Watts-Williams. "And so, we're looking forward to many more years of welcoming visitors from all over."

To learn more about Fairmount Water Works and their ongoing exhibits, visit their website.

Community members in the Philadelphia area are cleaning and restoring waterways that serve as a source of drinking water for millions of residents.