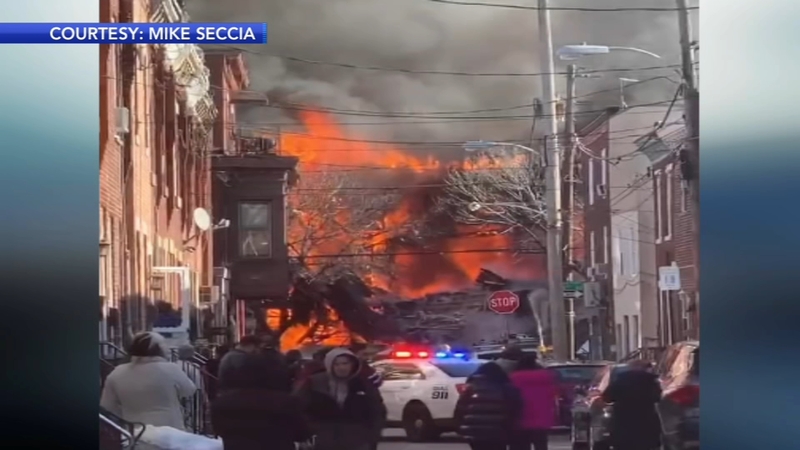 PHILADELPHIA (WPVI) -- Crews have recovered a second victim who was killed when an explosion in South Philadelphia leveled three rowhomes and sparked a massive fireball, city officials said Saturday.

Officials now say they do not believe there are additional victims that were killed when the explosion occurred around 11:30 a.m. Thursday on the 1400 block of South 8th Street near Reed Street.

While many residents have been cleared to return to surrounding homes, the shock of the earth rattling explosion is painfully fresh.

"Today we actually took a look at it and it looks bad like five or six homes are just demolished there," said Ashraf Madina, who lives nearby.

Councilman Mark Squilla said the identity of the victim pulled from the debris on Saturday has not been confirmed.

"From talking to one of the family members here it was an older gentleman who was living in the building there. He was a handicapped individual who lived up on the third floor, so there was no way for him to exit the building or get out," he said.

Kiana Thompson, the principal at the Academy at Palumbo High School, confirmed to Action News that one of her students lived at the house that exploded. That student's brother was killed and his body was pulled from the rubble on Friday night.

Firefighters were there within minutes. They rushed through the flames, passing active wires, trying to reach the victims, but couldn't make it to them either.

On Saturday, the focus was on securing the site and getting utilities restored, and by Saturday night, many residents were given the all-clear to return home.

"The goal would be to learn from this and hopefully prevent something like this from ever happening again," Squilla said.

Anyone who is affected by the explosion and needs shelter should call 1-800-RED-CROSS.

The explosion compromised the road and now there is a concern of a sinkhole forming.