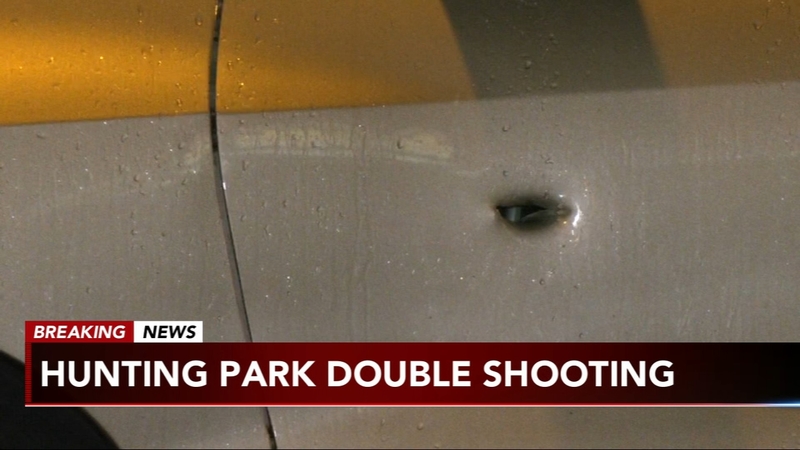 PHILADELPHIA (WPVI) -- A double shooting where at least 27 shots were fired in the Hunting Park section of Philadelphia left one man dead and another injured, police said.

It happened just before 11:30 p.m. Thursday at Franklin and Bristol streets.

Police responded to the intersection for the reports of gunshots.

One victim was lying unresponsive on the sidewalk with at least one gunshot wound to the back, police said.

The second 22-year-old male was shot once in the shoulder. He is listed in critical condition, but is expected to survive his injuries.

Four parked vehicles were struck by the gunfire.