"She's extremely saddened. She is not a violent criminal," said the suspect's attorney.
WPVI
By 6abc Digital Staff and Katherine Scott 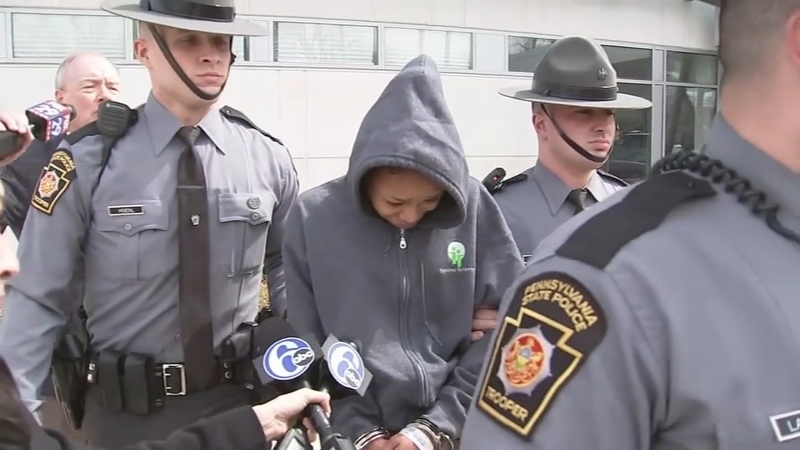 Attorney says suspect in deadly I-95 crash is 'devastated'

PHILADELPHIA (WPVI) -- The attorney representing the woman charged in a crash that killed two Pennsylvania state troopers and a pedestrian in South Philadelphia says she is not a violent criminal.

"Right now she's devastated," said Michael Walker. "She's extremely saddened. She is not a violent criminal. She has no criminal past, has no prior contacts with police whatsoever."

Jayana Tanae Webb, 21, of Eagleville, is charged with third-degree murder, homicide by vehicle while DUI, manslaughter of a law enforcement officer in the second degree, driving under the influence and other charges.

Police said Webb's blood alcohol level at the time of the crash was twice the legal limit.

Authorities said the troopers were helping the pedestrian, who has since been identified as Reyes Rivera Oliveras, 28, of Allentown, into the back of their cruiser. Police said, at that time, Webb attempted to drive past the scene at a high rate of speed.

RELATED: Officials: Beware of phone calls pretending to raise money for families of 2 troopers killed on I-95

Webb stood before a judge on Tuesday night. She was denied bail.

"This is not going to be a case that's going to be tried in the papers. We're going to wait until the evidence comes out to make any specific comments about the facts of the case," Walker said.

Philadelphia District Attorney Larry Krasner said his office will seek to ensure Webb is held accountable for her alleged actions that resulted in this senseless loss of life.