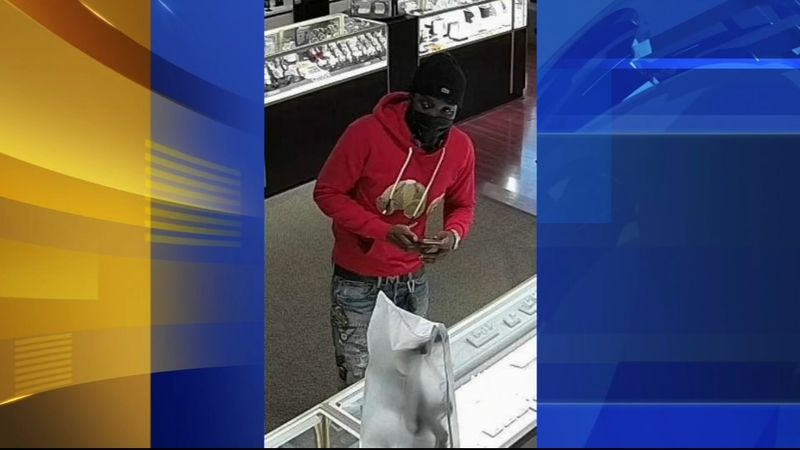 Police in South Jersey released pictures of a suspected thief who they say stole roughly $200,000 worth of jewelry from three stores.

Investigators say the man grabbed two diamond rings from a display case at David Arlen Jewelry in Hainesport on November 2.

Police said he drove away from the scene in a black BMW sedan.

A man fitting the same description is also wanted for robbing jewelry stores in Marlton and in Haddon Heights.

Police described the suspect as a black male, approximately 5'9" with a thin build.

The man also wore a gold watch on his left wrist and used an iPhone in a red case with a $2 dollar bill inside.