Ohrt, 56, was accused of using a hidden camera to record a former student undressing at his home. 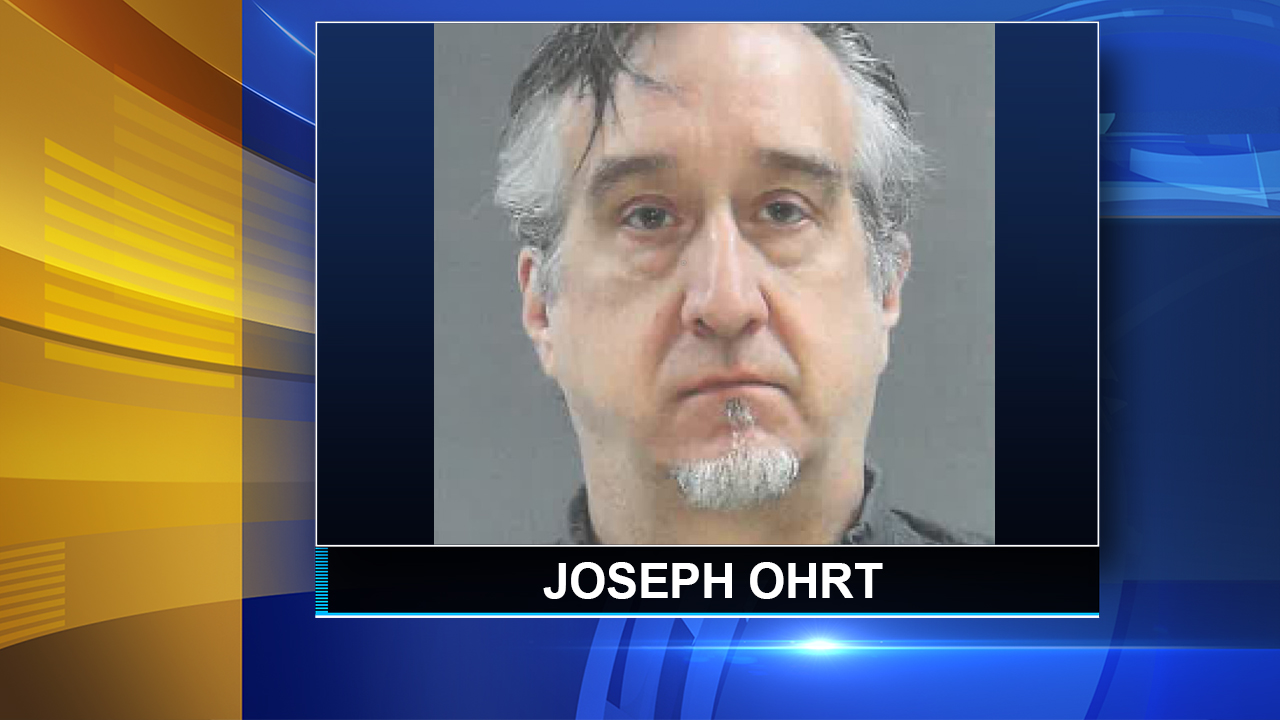 According to investigators, one victim said he was indecently assaulted when he was an 11-year-old student at Linden Elementary School during the 1991-1992 school year.

Ohrt allegedly came to the victim's classroom prior to dismissal and escorted him to the music room while holding the victim's backside.

Ohrt then touched the victim over his pants, then beneath his pants and underwear, the victim told police.

“He is on leave right now but I anticipate he will never teach at central bucks schools again,” said District Attorney. pic.twitter.com/rXlVUTdT9k

The victim and his mother reported the incident to the principal and guidance counselor, police say, and Ohrt was later moved to CB West High School.

The victim attended CB West, police say, but was not in Ohrt's class. However, police say Ohrt would allegedly acknowledge him and sometimes call him a "rat."

The other alleged victim was a 2001 graduate of CB West who said he had been in multiple choirs with Ohrt since he was 11 years old.

Back in 1995, when he was 13 years old, the victim said he was babysitting for Ohrt and his wife at their home on Bishops Gate Lane in Doylestown Township.

The victim said he was in the basement when Ohrt returned home, and while there he told police Ohrt put his arms around him and touched him beneath his pants.

The victim told police that when he tried to pull away, Ohrt allegedly hugged and kissed him.

Ohrt has been placed on leave.

Students say his behavior was odd, but enjoyed his class.

"I was aware of how weird he was with the boys in my class but I wasn't aware it would come to this," said CB West senior Damon Giancola.

He even taught singer-songwriter Pink, who praised him as her choir teacher in a tweet over the summer.

Mr. Ohrt was my high school choir teacher. His famous quote to me was “Alecia, it’s NOT a solo”, 😂🤣😂🤣🤣but I ❤️this and it brought me to tears!!!!!! You all sound amazing and I’m totally overwhelmed with love. https://t.co/QOQVsy8rtU

Ohrt had been a teacher in the Central Bucks School District since 1987, and has taught at the following schools:

Anyone with additional information is asked to contact Det Sgt Paul Kreuter at 215-345-4143, pkreuter@cbrpd.net, or submit a tip anonymously online.

"During a press conference this morning, Bucks County District Attorney Matthew Weintraub announced that additional charges have been filed against former CB West music teacher Joseph Ohrt. These latest charges are the result of an ongoing investigation by County Detectives with the Central Bucks Regional Police Department and the Bucks County District Attorney's Office. The incidents occurred in the early 1990s and involved students who were elementary-aged at the time.

This latest revelation is disturbing and incredibly saddening, not only for the individuals and families involved, but for the entire Central Bucks community. For those who work on behalf of the children of this community, it is particularly upsetting, as the care of our almost 18,000 students is our most sacred obligation.

Central Bucks School District will continue to fully cooperate with this investigation, as we have from the onset, and supports District Attorney Weintraub in encouraging anyone with information relevant to the investigation to contact Detective Paul Kreuter at 215-345-4143, Detective Greg Biedler in the Bucks County Detectives' office at 215-340-8216, or submit an anonymous tip at www.bucksda.org. Additionally, if you believe a child is being abused, please call Pennsylvania's Childline at 1-800-932-0313 or Bucks County Children and Youth at 215-348-6950.