At least 2,000 cows dead in Kansas amid continuing heat wave

The cattle deaths come amidst a national heat wave that has nearly 100 million Americans under heat advisories.
ABCNews
By Kyla Guilfoil 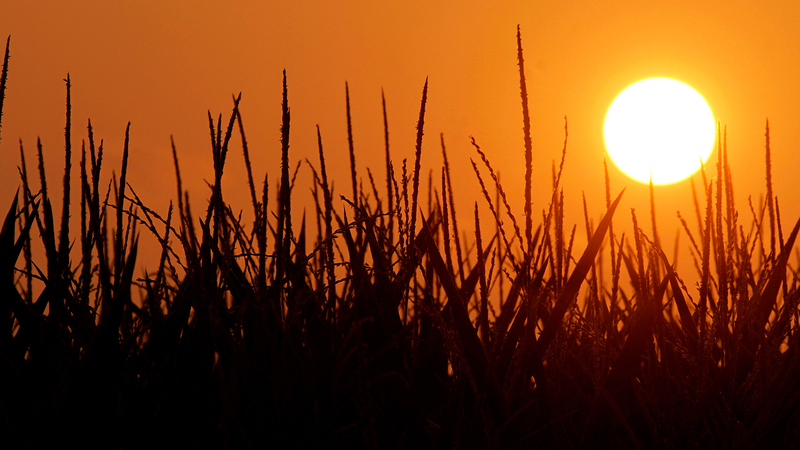 How to maintain heart health during harsh summer heat

TOPEKA, Kan. -- Thousands of cattle in Kansas have died as a national heat wave scorches the U.S., leaving one of the country's leading cattle farming states with a loss amid rising production costs.

At least 2,000 cattle have died as of Tuesday, the Kansas Department of Health and Environment told ABC News.

The cattle deaths happened throughout the weekend, as extreme heat and humidity persisted through Saturday and Sunday.

"The temperature spiked, the humidity spiked, but the wind speed dropped," Tarpoff said. "This is quite rare for this region of western Kansas, and it lasted for over one day."

All Yellowstone National Park entrances are closed in the wake of "substantial flooding, rockslides and mudslides on roadways."

Tarpoff added that since nighttime temperatures were higher than usual, the cattle did not receive the normal cooling time they need to counter heat stress.

Scarlett Hagins, a spokesperson for the Kansas Livestock Association, said there was a 10 to 15-degree spike over Saturday night, which was a drastic jump in temperatures for the area.

"There was little wind, and the temperature didn't really cool down overnight," Hagins told ABC News. "The cattle just didn't have time to acclimate because it happened so fast."

Tarpoff said cattle are generally adaptable animals, but this weather event was particularly stressful because of the fast temperature change.

"Cattle are a robust animal; they can adapt to all kinds of weather all over the world," Tarpoff said. "Some animals just did not have time to adapt [from the spring season] and some were still shedding their winter coats." "Going forward, cattle can adapt quickly, as long as the wind keeps. It all depends on nighttime cooling hours and wind speed."

Hagins said Kansas markets 5.5 million cattle each year, so while the loss of these 2,000 was unfortunate, this event should not affect market prices or the supply chain for beef.

"People shouldn't worry about seeing beef on the shelves or seeing the price of beef go up," Hagins said.

AccuWeather has tips for making it through a prolonged heat wave.

Hagins said ranchers in Kansas have mitigation protocols to deal with summer heat, which usually does not spike as it did over the weekend.

"Heat stress is always a concern, but there are mitigation protocols in place and we usually can protect against these kinds of deaths," Hagins said.

Hagins said many ranchers make sure to increase water availability for cattle as temperatures rise, and also adjust feeding schedules for the animals.

"They will change what time they are feeding or what kind of food they are feeding the cattle so that they are not digesting during the hot hours because when cattle digest, their bodies get warmer," Hagins said.

The cattle deaths come amidst a national heat wave that has nearly 100 million Americans under heat advisories.