PHILADELPHIA (WPVI) -- A deep pothole that left many drivers with flat tires is now filled after Action News helped drivers report the issue.

The aftermath of all of the damage is still there on Kelly Drive where several hubcaps are left behind near Fountain Green Drive.

Drivers were stranded out along the northbound lane of Kelly Drive just north of the Girard Avenue Bridge Thursday.

Action News made calls about when it would be fixed and the hazard it was causing.

Police then came out to put down cones, followed by the Philadelphia Streets Department who patched up the hole.

By then, the damage was done for those who couldn't swerve out of the way.

"It should've been addressed a while ago because three cars hit the pothole and lost their tire and everyone almost ended up rear ending them," said driver Orlando Bermudez.

So far, the Philadelphia Streets Department has patched up more than 17,800 potholes since the beginning of the year.

PennDOT is also working on a major pothole repair project after expanding efforts this week along more than 50 state roads in our five county region.
EMBED More News Videos

PennDOT will be repairing potholes on more than 50 state highways across Philadelphia and its surrounding counties. 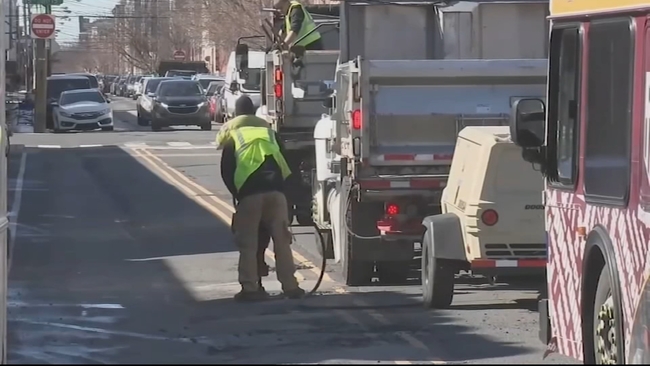 List of spots PennDOT will be filling in potholes across Philly, Pa. suburbs 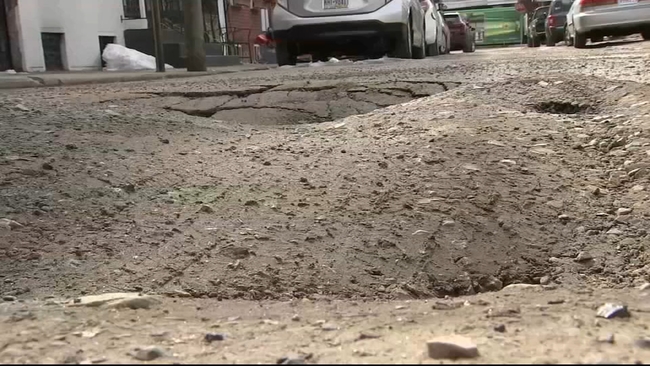 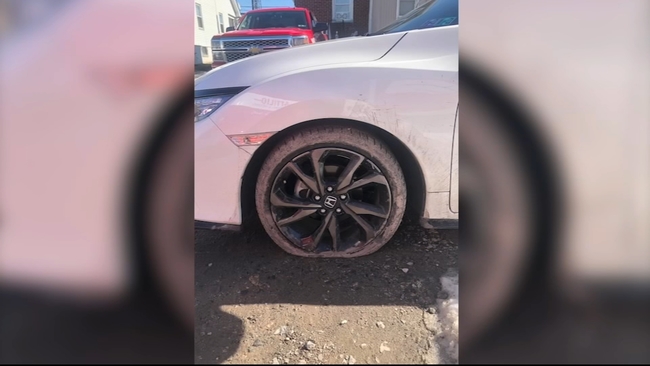 As weather warms, potholes pop up across Delaware Valley Fire reignites inside of a Winslow Twp. warehouse