One person left a note that said "Character Counts," on his window.
WPVI
By Beccah Hendrickson LOWER MERION TOWNSHIP, Pennsylvania (WPVI) -- The community in Lower Merion, Pennsylvania is grieving the loss of a high school principal who was tragically killed in a car accident Saturday while driving his son to a soccer game.

Sean Hughes had been the principal of Lower Merion School District for 14 years. He was also a coach, husband, and father, survived by his wife and three kids.

"He was always down for a laugh and a good time, which was pretty special," said Jack Stickney, who graduated from the high school in 2018.

He was among the mourners who stopped by the school Sunday, leaving items like flowers, notes, and Lower Merion gear outside of Hughes' office.

One person left a note that said "Character Counts," on his window. 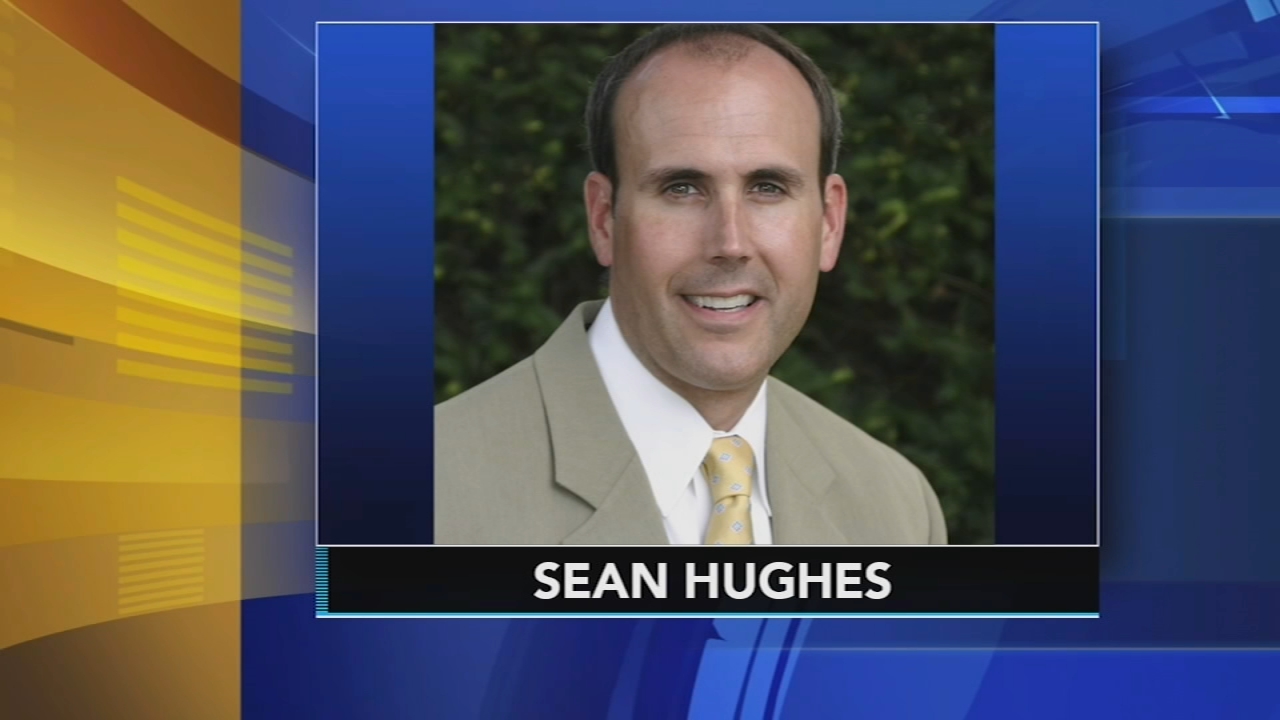 "The 'character counts' thing, that was his motto and he really lived by that. He saw everyone for who they were and the good in them," said Stickney.

His death shocked the community. The district said he had been driving his son, Nolan, to a soccer game in Winslow Township, New Jersey when the accident happened. His son survived the wreck with non-life-threatening injuries.

"It's such a terrible tragedy. He was such a public figure around these parts and very much beloved," said Bruce Dizengoff, a parent.

Hughes was also the president of the Central Athletic League, which included Harriton High School. The school's newspaper said in part, "He was an incredibly invaluable part of Lower Merion and he will be so missed."

The best summation of his legacy is in Hughes' own words found on the district website. It reads in part, "Challenge yourself to do your best in every class you take. Most importantly be a person of high character. Good things happen to people who treat others with dignity and respect."

In response to the tragedy, Lower Merion Superintendent of Schools Dr. Khalid N. Mumin issued a statement that reads:

"They greeted him in the halls by calling out his signature nickname, 'Huuuuuuughes.' He welcomed each one at 9th-grade orientation and proudly handed out diplomas at their graduations.
In the years between, he MC'ed their Amazing Ace competitions in his gold sequined jacket, inducted students into the National Honor Society, and recognized Merit Scholars.

He encouraged student voice at every turn, the door to his office was always open, and I know that many will carry his message of 'character counts' throughout their lives.

It is not an understatement to say his impact on his students is immeasurable."

Mumin says administrators throughout the district will support the high school's assistant principals and staff in the coming weeks to ensure that students continue to be supported during this difficult time.

All 10 Lower Merion schools will be closed on Monday amid the tragic incident.