The incident began after Lymond Moses was found asleep in his car on a dead-end street.
WPVI
By 6abc Digital Staff 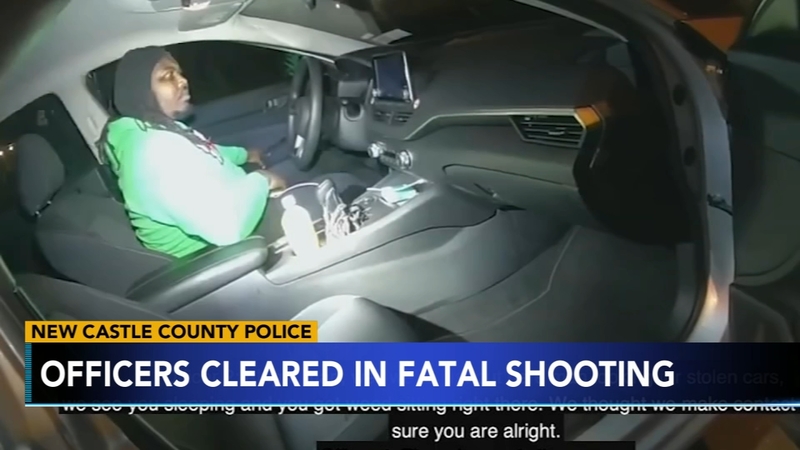 NEW CASTLE, Delaware (WPVI) -- The Delaware Department of Justice has ruled New Castle County police were justified in using deadly force against a driver nearly one year ago.

The incident began after Moses was found asleep in his car on a dead-end street.

Moses repeatedly told the officers that his mother lived next to where his car was parked. The officers said they were in the area looking for stolen vehicles.

The New Castle County Police Department released the bodycam video from several officers that shows the moments leading to a fatal shooting.

Body camera footage showed Moses driving off when police tried to get him to exit his car after reportedly seeing marijuana.

"The officers observed a bag of marijuana in the front console, told Mr. Moses that they were not concerned about 'just weed,' and that they just wanted him to step out of the car to make sure that he was okay," read a portion of the use of force report.

The officers say they opened fire when Moses made a U-turn and drove at them at a high-rate of speed.

Moses then crashed the vehicle and later died from a gunshot wound to the head.

An outside review of the incident concluded that Moses' death could have been avoided if better policing tactics were employed.

"Addressing flawed policies and inadequate training, including gaps in use of force measures, will not only prevent incidents like these from continuing to happen, but increase the safety of members of law enforcement officers and the public," the report states.

The family has filed a wrongful death lawsuit.

You can read the full report here.