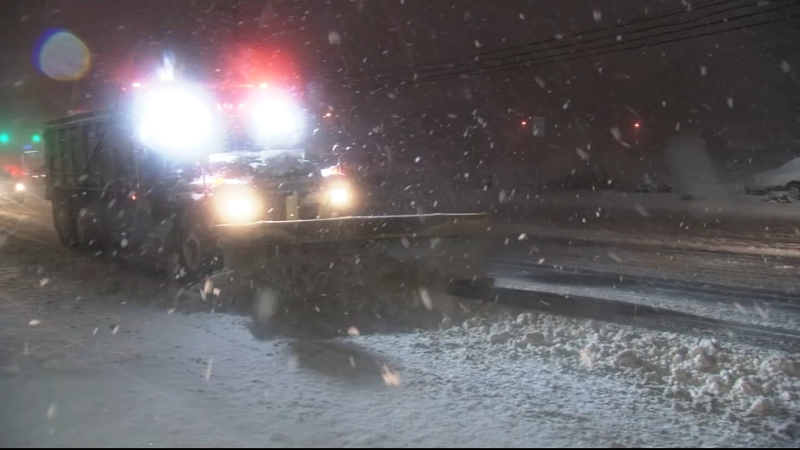 "We urge you to please take it slow and use common sense and caution," said Governor Phil Murphy. "We ask specifically that you stay clear of any plowing or spreading operations. Do not try to pass them.

The state has deployed nearly 4,000 plows and spreaders to treat roads during the storm, but the thick snow still accumulated on major roads like Route 30 in Lawnside. For one gas station employee along the route, one big challenge was keeping the space clear.

"We're out here shoveling all this. All of this was just covered in snow. People were coming in, their cars were covered in snow, it was just a lot to handle," said Samir Wheatley, who works at a Wawa.

George Solis reports on the snowfall in Bethlehem, Pennsylvania.

It's the first significant snowfall in about two years in South Jersey and people are torn on the winter weather.

"I do not like the snow. I was so glad it didn't snow last year and now it's sticking to the ground," said Nyla Boswell of Camden.

Down the shore, there is a coastal flood warning. State officials are also concerned about the potential for high winds that may lead to down trees or wires. Crews are on standby here in Camden County and are asking people to report any outages.

Due to the upcoming winter storm, New Jersey governor Phil Murphy has declared a State of Emergency beginning at 2 p.m. Wednesday.

While there are commercial vehicle restrictions in effect, Governor Murphy says they do not impact trucks carrying the COVID-19 vaccine into the state.