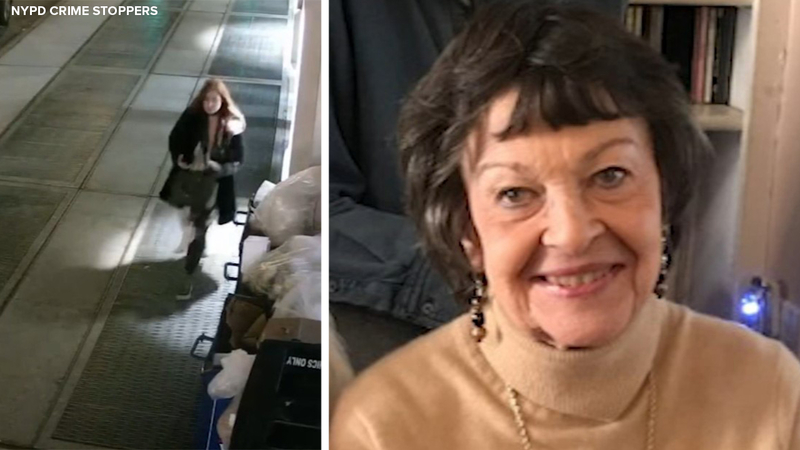 NEW YORK -- A woman wanted for allegedly shoving a beloved 87-year-old grandmother who later died from her injuries in a random unprovoked attack in New York City surrendered to police Tuesday.

Lauren Pazienza, 26, of Long Island turned herself in, and was charged with manslaughter.

Barbara Maier Gustern, an active performer and voice coach, was wrapping up rehearsal last Thursday night in Manhattan when the woman approached her from behind and pushed her to the ground.

Gustern suffered a severe head injury and was taken to the hospital in critical condition.

Police announced five days later that she had died as a result of her injuries.

A source close to the case told ABC New York affiliate WABC that Pazienza did not know the victim. The motive, if there is one, is still unclear.

Gustern was on her way to attend a student's performance when the woman attacked her.

Gustern's grandson, A.J., spoke out to WABC on Monday.