Cause of mysterious tremors, rumbling undetermined in South Jersey

"We felt the ground shake and a loud rumble noise," said Daniel DeSimone, who was on duty with the Rio Grande Fire Department.
WPVI
By Trish Hartman 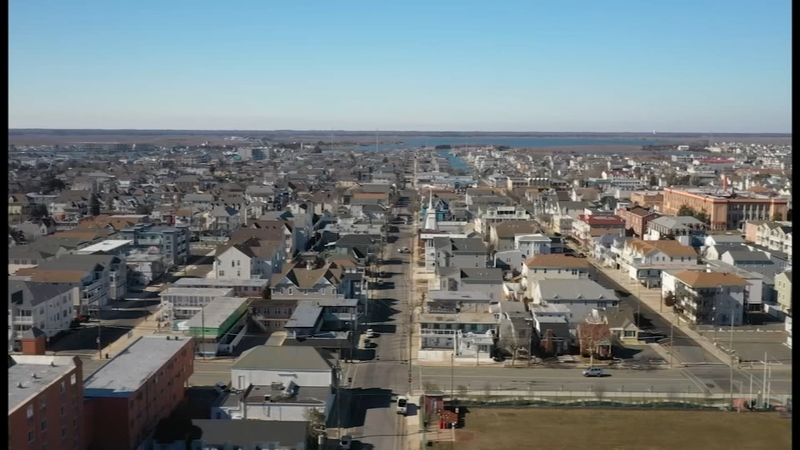 What caused mysterious booms in NJ? No one seems to know

LOWER TOWNSHIP, New Jersey (WPVI) -- There's still no word on what caused the mysterious booms in South Jersey on Tuesday.

When Fran Garretson's home in Erma started to shake, she thought someone was stomping on her porch.

"Like really walking hard or heavy. It lasted for a few seconds, a good 15-20 seconds," said Garretson.

From Rio Grande to Lower Township to Cape May Courthouse, people felt and heard something strange around 1:30 p.m.

"About 18 (minutes) after 1 p.m. we were out here on the apron of the firehouse. We felt the ground shake and a loud rumble noise," said Daniel DeSimone, who was on duty with the Rio Grande Fire Department Tuesday. "About 10 minutes later it happened again."

The U.S. Geological Survey showed no seismic activity in our region during that time period. Dr. Jeffrey Webber at Stockton University said that's a pretty good indication it wasn't an earthquake.

"There's thousands of earthquakes every day that we can't even feel, and that's still detected and still registered with the USGS. So the fact that this isn't on their website really would indicate to me that it's not an earthquake," said Webber.

What about a sonic boom? That's when an object like an aircraft moves faster than the speed of sound? It's happened in New Jersey before.

"My first thought was, 'was it another sonic boom?' He said he didn't think so because it lasted a while," said Sunday Wysocki of Cape May Courthouse, whose husband felt the earth shake as he was standing in the driveway talking to a neighbor.

Wysocki says sonic booms have damaged their house in the past.

Action News checked in with the FAA and local military bases and training centers. None of them said they had operations that would've caused a sonic boom.

Other theories out there: loud construction, an explosion, or some other weather phenomenon.

For now, people and their shaken-up dogs are left wondering.

"Even the dog noticed it and started walking in circles," said Vinny Wysocki.