The mass shooting left 3 people dead and 11 others injured during a house party on E. Commerce Street in Fairfield Twp.
WPVI
By 6abc Digital Staff and Annie McCormick 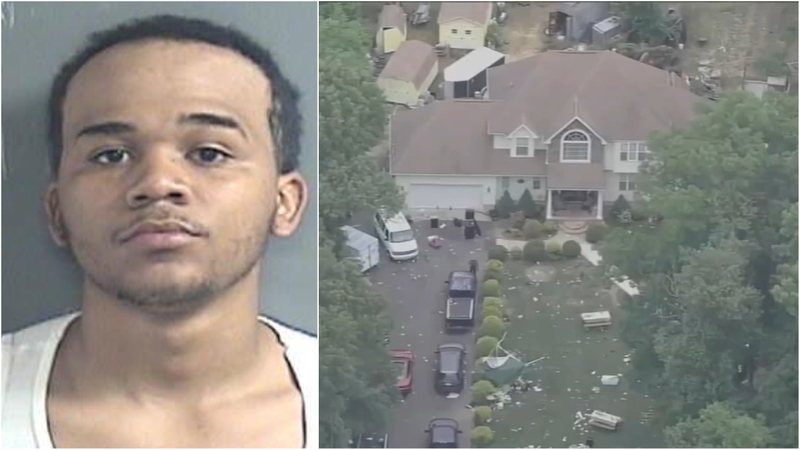 Man charged with 2 murders after mass shooting at NJ party

FAIRFIELD TWP., New Jersey (WPVI) -- A 21-year-old man has been charged with the murders of two of the people who were killed in a mass shooting at a party in Fairfield Township, New Jersey back in May.

The shooting happened around 11:40 p.m. on Saturday, May 22 where hundreds were gathering for a birthday party.

On August 11, Zedekiah Holmes, 21, was charged with the murders of 25-year-old Asia Hester and 30-year-old Kevin Elliott who were both killed at the party on the 1000 block of E. Commerce Street. 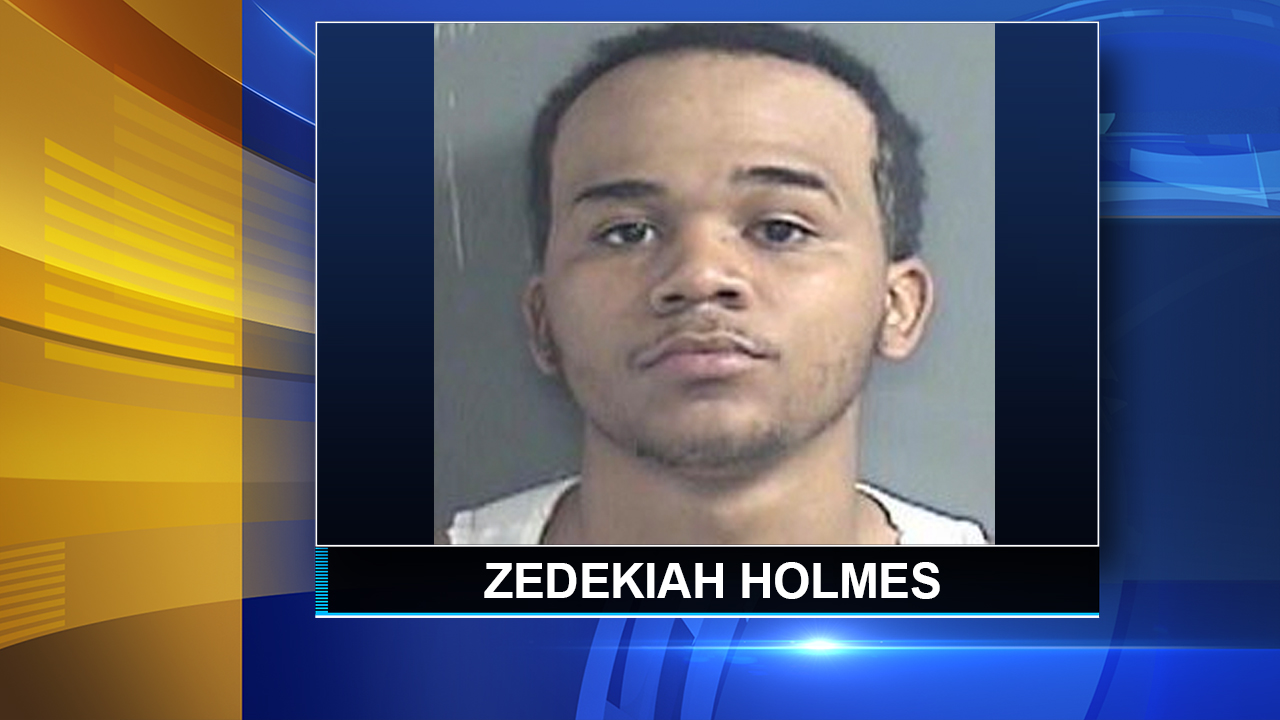 Holmes was also charged with the attempted murder of four of the 11 people injured who were injured.

Kevin Elliott, 30, and Asia Hester, 25, were identified as two of the victims in a mass shooting at a party in Cumberland County, New Jersey.

According to an arrest affidavit, Holmes was allegedly involved in another shooting on April 13. Shell casings from that shooting matched 11 shell casings found at the mass shooting crime scene in Fairfield Township on May 22.

"Crime scene detectives recovered a total of 48 shell casings from the scene, which were later identified as being discharged from six different firearms," said Cumberland County Prosecutor Jennifer Webb-McRae. "In addition, there were nine additional firearms recovered at the crime scene that we cannot say were discharged that evening."

The affidavit states that Holmes was standing next to his sister just before the shooting started, and started walking away as the first shots were fired. Both Holmes and his sister were shot during the incident.

Braylin Holmes, 19, was one of three people killed during a mass shooting at a house party in Cumberland County, New Jersey

Thirty-six-year-old Kevin Dawkins, of Bridgeton, was charged with attempted murder in June.

Police say Dawkins was found at a nearby apartment complex with a handgun clutched in his right hand.

Dawkins was in possession of the same handgun at the party, according to an affidavit, and witnesses identified him as holding and discharging the weapon at the property. 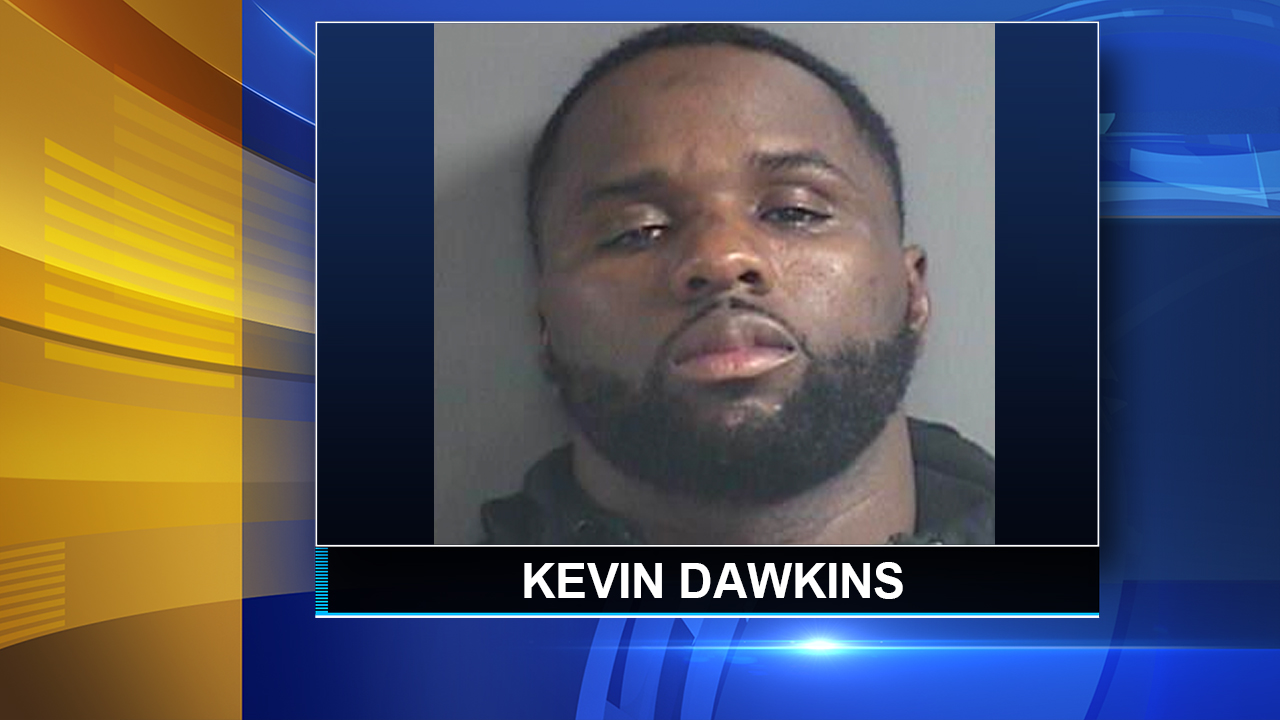 Roughly 16 shots were fired from the gun that was found to be in his possession, according to the affidavit, but authorities don't say if Dawkins shot anyone.

Two other men have been charged in the case: Larry McCrae, 39, is charged with two counts of unlawful possession of a handgun and 30-year-old Darrell Dawkins is facing weapons charges. In court documents, authorities identified Darrell as Kevin's step-brother. 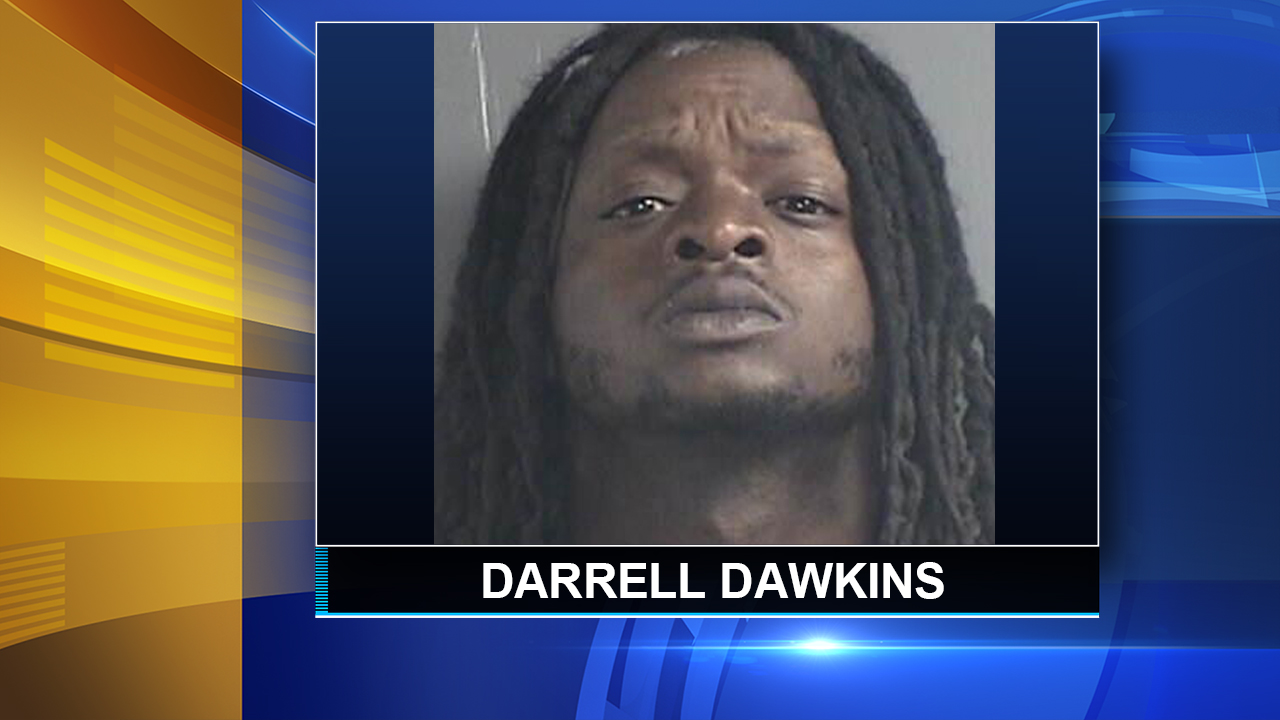 On Thursday, authorities announced the arrest of five others on charges of conspiracy to hinder apprehension and other related offenses. The suspects have been identified as the following:

Webb-McRae says Arthur Armstead traveled to the home of his mother, Priscilla Armstead, in Fairfield Township, and was then transported to Delaware by Aladrienne Milbourne where he took refuge with a girlfriend, Tasia Coleman.

"Surveillance video from Priscilla Armstead's residence in Fairfield Township was deleted. While Arthur was hiding in Delaware, Priscilla Armstead is alleged to have begun organizing Arthur's further refuge in Atlantic City.

Priscilla is accused of trying to get Arthur to Atlanta, Georgia, said Webb-McRae.

Cumberland County prosecutor Jennifer Webb-McCrae provides an update on a mass shooting at a party in Fairfield Township, New Jersey.

Days later, Arthur Armstead allegedly traveled from Delaware to Atlantic City, where he stayed in a hotel with another girlfriend, Tazshaina Sadler.

Arthur Armstead later surrendered to police. Authorities have not said how he is connected with the shooting.

The 911 calls obtained by Action News detail the moments the rapid gunfire broke out.

"There's a lot of people shot," said one woman.

"It's been a lot of girls being shot and my sister is out there and she's pregnant," said another woman.

In the chilling audio, you can hear the dispatcher try to calm frantic callers while also working to determine where the shooting occurred, and how many people were injured.

"How many people are shot? Where are you?" the dispatcher asks one person.

"I'm upstairs hiding," whispered the woman. "I'm not trying to get shot."

To date, 142 statements have been taken by investigators. This includes identified party attendees, suspects, arrestees, tipsters, and other associated persons, said Webb-McRae.

Authorities say the "overwhelming majority" of the individuals responsible are already charged, but more information is being sought to find others who fired weapons at the party.

"We need those who are at the party that evening to come forward to go on record and to tell us who was shooting that evening," said Webb-McRae.