The tornadoes hit several regions in Pennsylvania and New Jersey and left major damage behind.
WPVI 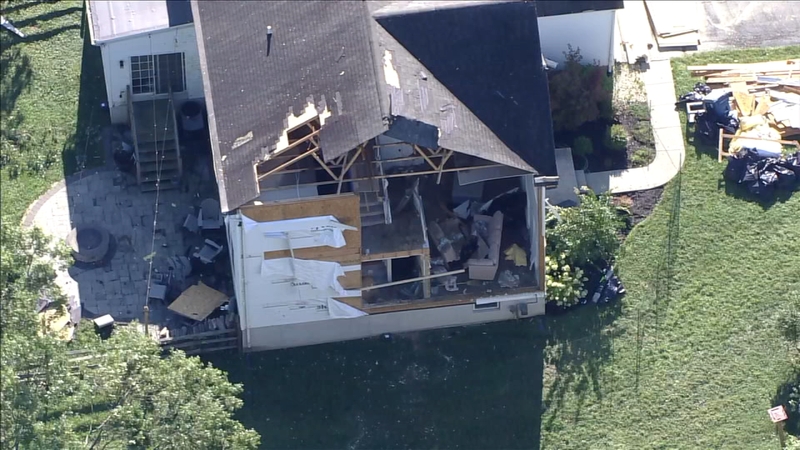 PHILADELPHIA (WPVI) -- Investigators from the National Weather Service say seven tornadoes have been confirmed in the Philadelphia region after the remnants of Hurricane Ida struck on Wednesday.

The tornadoes hit several communities in Pennsylvania and New Jersey.

On Friday morning, Chopper 6 was over Oxford, Chester County where an EF-2 tornado with estimated peak winds of up to 115 mph hit.

The tornado was upgraded Friday from an initial rating of an EF-1 by the National Weather Service.

Here's more about what we know:

Video from the Action Cam and Chopper 6 showed some homes utterly destroyed, while others had walls torn off on Josephine Lane.

In a preliminary rating by the National Weather Service Thursday night, the tornado was determined to be an EF-3 with max winds of 150 mph.

The tornado touched down near Harrisonville doing mostly damage to trees and limbs before strengthening and moving northeast.

The tornado moved into the Willow Oaks subdivision strengthening further and producing significant damage to trees, as well as serious structural damage to a number of homes. The tornado continued to the northeast damaging trees and structures along its path before reaching a large commercial dairy farm where extensive damage occurred.

The tornado was on the ground for 12.6 miles before it lifted near Deptford.

[7:06 PM] Storm survey team has completed an preliminary report on the Mullica Hill Tornado. The preliminary rating was an EF-3 with estimated maximum winds of 150 mph. Further information can be found at https://t.co/zxSz7xwAa3

Chopper 6 was over Mullica Hill, New Jersey on Thursday morning after a tornado hit the area during severe storms on Wednesday.

Investigators from the National Weather Service confirmed a tornado cut a path of destruction in Montgomery County during severe weather on Wednesday.

The estimated peak winds were 130 mph.

Downed power lines were seen scattered across Route 309 and Highland Avenue shortly after the tornado hit.

The field behind Upper Dublin High School was filled with toppled trees, even falling around the stadium and bleachers. The roof was torn off the Upper Dublin Police Department building.

TaRhonda Thomas reports from near Route 309 in Fort Washington, Montgomery County where power lines fell across the highway, bending a fence on either side of the roadway.

A twister that started in Edgewater Park, New Jersey crossed into Bristol, Pennsylvania.

The tornado was categorized as an EF-1 with estimated peak winds up to 90 mph.

It had estimated peak winds up to 100 mph.

The NWS said more details about this tornado will be released soon.

The NWS said more details about this tornado will be released soon.

The National Weather Service says an EF-1 tornado with max winds of 95 mph was confirmed in Oxford, Chester County.

A report with further details will be available by Friday afternoon.

A tornado was also confirmed in Princeton, New Jersey.