"The fire was out of control for approximately an hour and 17 minutes," Philadelphia Fire Deputy Chief Vincent Mulray said.

About a dozen people were displaced by the fire.

PHILADELPHIA (WPVI) -- Five people were injured after a fire tore through a home in Northeast Philadelphia and spread to neighboring residences.

Firefighters responded around 3:15 a.m. Tuesday to a house fire on the 3300 block of Kayford Circle in Morrell Park.

Arriving crews found heavy fire showing from the first and second floors of the three-story rowhome.

Philadelphia Fire Deputy Chief Vincent Mulray said crews made an aggressive attack, but were driven out of the home because of the intense flames.

The fire spread to two neighboring homes as firefighters continued to battle.

"The fire was out of control for approximately an hour and 17 minutes," Mulray said.

Officials said three people were injured in the home where the fire started. They were taken to Jefferson Torresdale Hospital in stable condition.

Two others were transported to the hospital from a neighboring home. They were also listed in stable condition.

By Tuesday evening, two people had been released.

Mulray said the injured were being treated for smoke inhalation and burns.

Neighbors told Action News they heard an explosion during the fire.

Mulray said when the fire department arrived at the scene, as the fire raged on, there was an explosion. Officials believe it might have been a propane tank on the deck.

The fire marshal is investigating the cause of the fire and the explosion.

The fire has displaced eight adults and four children from the three homes, officials said. They are being assisted by the Red Cross.

Mulray said there is no word on if there were working smoke detectors as crews were not able to remain in the original home long enough to determine that.

He said the fire was burning for some time before they were called to the scene.

The fire was ruled accidental and was caused by smoking, officials said. 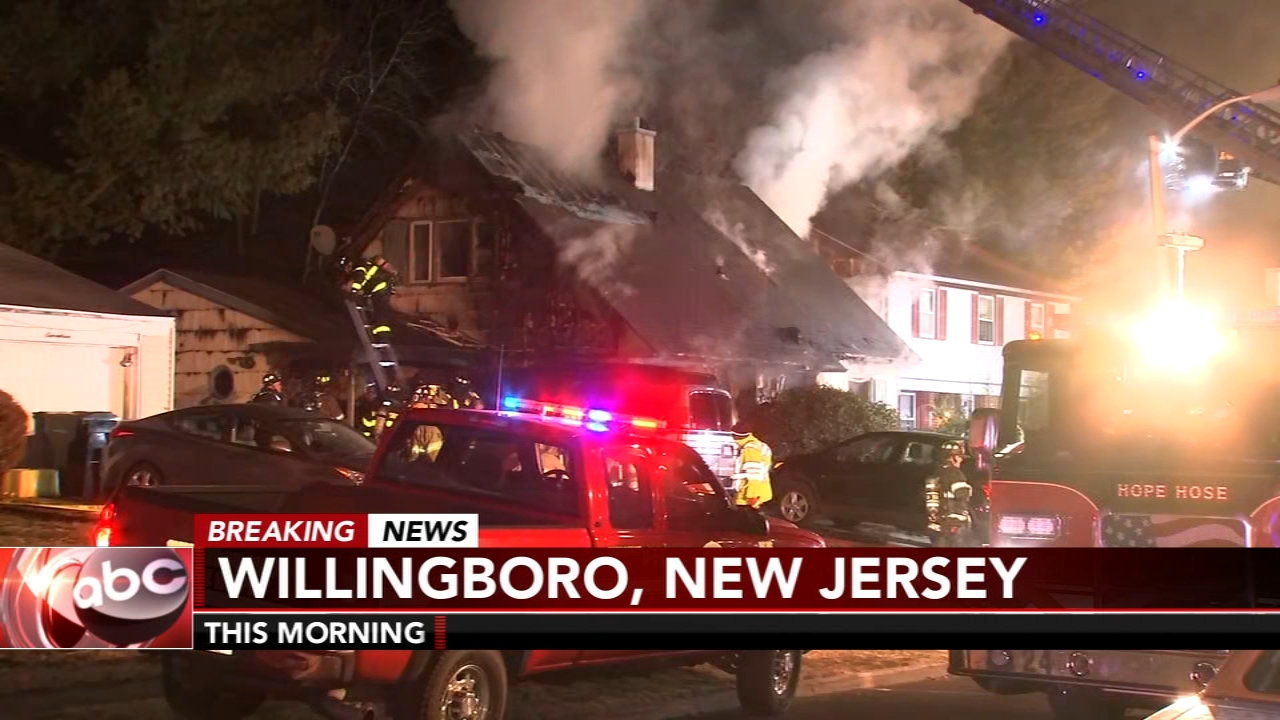 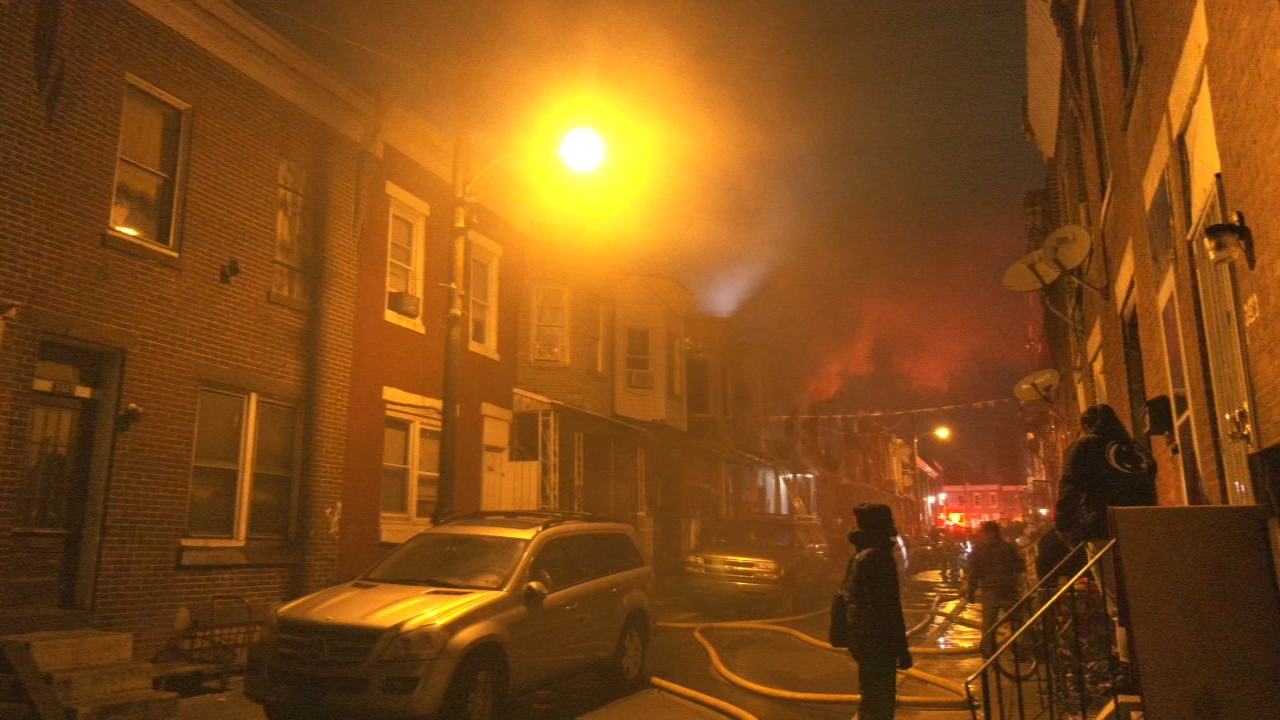 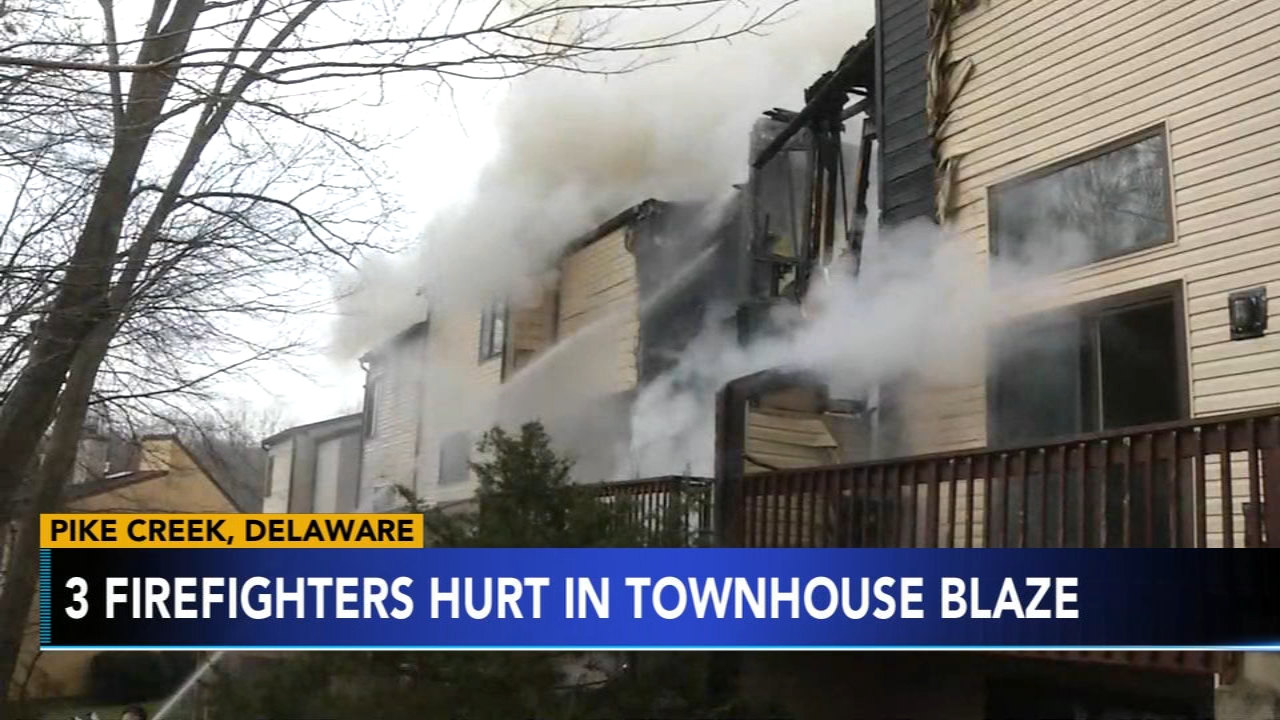