The roundup is credited to the efforts of a joint carjacking task force.
WPVI
By 6abc Digital Staff and Annie McCormick 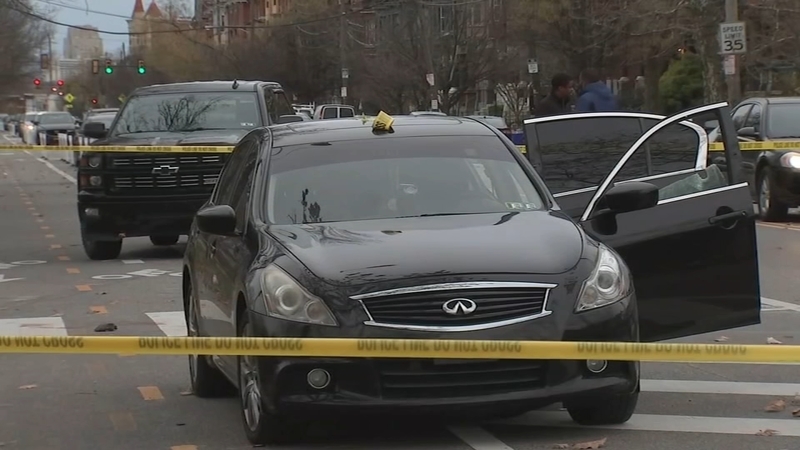 The roundup is credited to the efforts of a joint carjacking task force.

Two brazen carjackings on February 10 and 11 of this year in Northeast Philadelphia are now linked to 20-year-old Cameron Styles. He was indicted by the U.S. Attorney's office for two carjackings and weapons offenses.

Tarik Chambers, 19, and Nikeem LeachHilton, 21, both of Philadelphia were charged in connection a carjacking on December 19, 2021, in Delaware County.

Philadelphia police say two suspects were shot by a Lyft driver during an attempted carjacking in the Parkside section.

Sean Allen, 23, of Camden, NJ was charged in connection with two armed carjackings on January 4, 2022, and January 6, 2022, in Northeast Philadelphia. The carjacking incidents occurred after victims posted their vehicles for sale on Facebook Marketplace and were contacted by an account claiming to have an interest in purchasing the vehicles.

And back in February, Alex Fernandez-Pena and Juan Jose Rodriguez were charged in connection with a carjacking incident of a rideshare vehicle earlier in the Parkside section of Philadelphia.

Jacqueline Maguire, Special Agent in Charge of the FBI's Philadelphia Division, has a warning to others who are seeking to commit these violent acts.

"The rash of carjackings we've seen in and around Philadelphia is unacceptable," said Maguire. "That's why this task force is united in our efforts to find those responsible and get them off the street. The potential penalties for federal carjacking charges are severe, so if people want to keep committing these crimes, they should know that the carjacking task force will make it a priority to put them in cuffs and behind bars for a good long time."

If convicted, each suspect faces a maximum possible sentence of life in prison, as well as a mandatory minimum sentence of seven years in prison.