The ATV rider has been identified as Victoria Rose Walker of Philadelphia.
WPVI
By 6abc Digital Staff and Katherine Scott 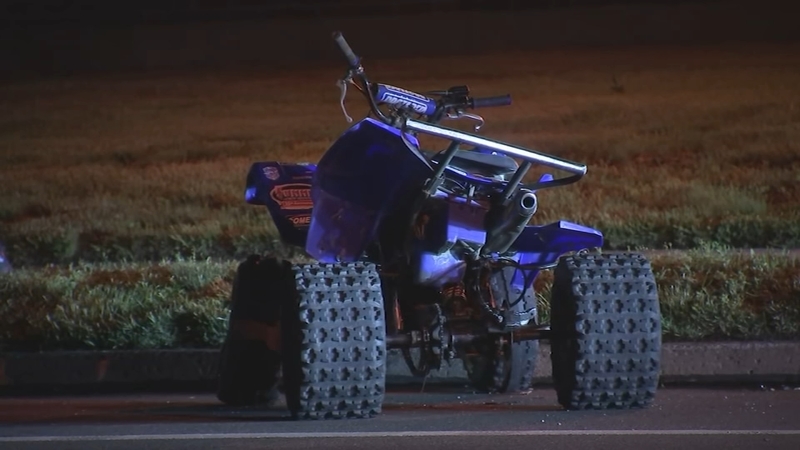 It happened shortly after 9 p.m. Thursday at Rhawn Street and State Road.

Police and medics found a 29-year-old woman lying on the road suffering from severe head trauma.

She was taken to the hospital and pronounced dead about an hour later. She was later identified as Victoria Rose Walker of Philadelphia.

Police say Walker had been driving a Yamaha quad ATV, which they say was neither street-legal nor registered; it had no license plate or turn signals.

Police say Walker had been riding northbound in the southbound lane of State Road with dirt bikes and other quads.

When southbound traffic started approaching, she went in the northbound lane to avoid it. That's when police say she was struck by a Kia Rio sedan being driven by a 31-year-old man.

The man remained on the scene and tried to render aid.

The people she was riding with initially stayed with her after the crash but left when police arrived, according to authorities.

"That's because usually most of them are driving non-street legal vehicles and possibly do not have driver's licenses. We see this as the weather gets warmer, these dirt bikes that are not street legal and these quad ATVs, also not street legal, and they're not registered, and they drive on city streets - the small streets, some of the main thoroughfares," Philadelphia Police Chief Inspector Scott Small said.