22-year-old Terrance Fleming Jr. has been identified as the suspect in this case.
WPVI
By Rick Williams and Heather Grubola 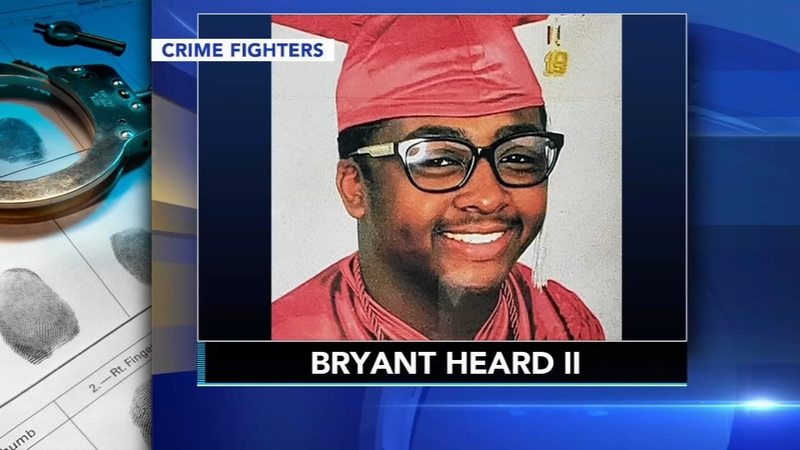 PHILADELPHIA (WPVI) -- A car crash led to a fatal shooting in Philadelphia's Logan section. The incident was caught on camera, and police have identified a suspect.

Bryant Heard II's parents said their son was an aspiring carpenter who was involved in his community.

"He was a police cadet. He was a fire cadet. He played basketball for a couple of teams and basically just all out, you know, a normal 19-year-old teenager," said Bryant Heard Sr.

The family says they can't understand what happened to him on Tuesday, April 20, outside their house at 1 p.m. along the 1200 block of Wagner Avenue.

When Heard II pulled onto their street, his car was struck by another speeding vehicle. Police have surveillance video as part of their investigation.

"That accident happened directly in front, the guy who caused the accident, his house. So his brother was out there when it happened," said Heard Sr.

That brother, 22-year-old Terrance Fleming Jr., has been identified as the suspect in this case.

"It was after the auto accident that the offender ran over to the decedent's vehicle, shot multiple times, and killed our victim," said Deputy Commissioner Benjamin Naish of the Philadelphia Police Department.

"No questions asked, nothing, just shot him," said Heard Sr.

Heard II was pronounced dead at the hospital.

The Heard family said Fleming and his family left the area that same day.

"His family just packed up and left the house that day," said Heard Sr.

He says that something else bothers him about the suspect.

"I mean, it was just so senseless for you to just walk up and do that with no remorse and then pick up the shells afterward. That's telling me that this isn't your first time," added Heard Sr.

The City of Philadelphia is offering up to $20,000 in reward money.

The Citizens Crime Commission is administering a $1,000 reward for the arrest and conviction of Fleming.

All you have to do is call the tip line at 215-546-TIPS. All calls will remain anonymous.