Philadelphia is authorized to have a little over 1,000 corners manned but only has 650 school crossing guards.
WPVI
By Christie Ileto 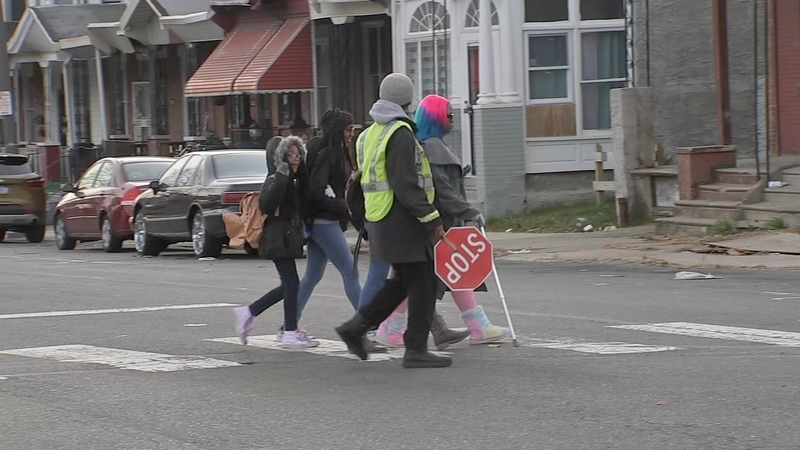 PHILADELPHIA (WPVI) -- It's a public safety issue that impacts all school aged-children citywide.

Philadelphia police confirm they're severely short-handed when it comes to manning the designated intersections in school crossing zones, and are looking for hundreds of applicants to help plug that shortfall and keep kids safe.

Philadelphia is authorized to have a little over 1,000 corners manned but only has 650 school crossing guards.

"We've never been at our authorized strength, but this is the largest shortage," said Deputy Police Commissioner Christine Coulter.

That's down at least 35 percent. Coulter says in the last six months the city has hired 50 new guards, but at the same time 80 guards retired.

That further continues the shortfall and leaves children at risk to cross on their own at some intersections.

"We're struggling to get our numbers up, we have corners that we need guards at. We make every effort to help with those corners, but obviously, we don't have enough police to cover them either," said Coulter. "There's way more corners than police officers working, and they're being driven to respond to 911 in other areas."

It's no secret there's been a crossing guard, bus driver and school nurse shortage. Philadephia police have been trying to get the word out to plug the gap, and are hoping to rely less on parents or the students themselves.

"The district captains are tasked with prioritizing corners based on most dangerous, closest to schools. There's always that added risk when that child is left on their own to cross the street," Coulter said.