FYI Philly shows you new spots for vegan food, sweet and savory crepes and inside the Puddin' Palace.

From pizza and hot dogs to waffles and ice cream, you will find it on their extensive vegan menu.

Kris had been vegetarian for years, but Randy went vegan after his doctor warned him about his diabetes.

Both are now vegan, and Randy credits his change in diet to a beneficial response to his recent cancer scare.

In South Philly at The Classics Hub, owner Ulysses Kae Williams had what he considered a really bad diet that was meat-prominent.

When he was diagnosed with Stage 4 cancer and given months to live, he took a year off and changed to a vegan diet.

Now he is approaching the opening of Fresh Jawn, a juice and smoothie bar inside his longstanding barber business.

The menu will feature all the recipes he used to turn his health around. (pictured: Owner Ulysses Kae Williams in his soon-to-open Fresh Jawn)

Every Saturday from noon-3 p.m., you'll find Jacob Livingston and his girlfriend, Erica Knauss, selling their Float Dreamery gelato from a side window at Castellino's Italian Market.

Together they have a simple goal.

"We've been trying to make the best gelato/ice cream in general," Jacob says, "and I think we've done it."

The standard base is coconut and oat milk, and they promise that it doesn't have that overtly coconut taste that is common in vegan ice creams.

For flavors, they like to take something familiar and twist it into something "a little bit more exciting."

"Birthday Cake we lit on fire," Erica says. "We were just like, why don't we torch the marshmallow fluff instead of frosting?"

There's also a Gator Rainbow flavor made with "six naturally occurring colors in the Gatorade spectrum." They sell by the pint and also make ice cream sandwiches, and they soon hope to offer soft serve and pints daily at Castellino's.

The couple met in Brooklyn but migrated to Fishtown during the pandemic, looking for a more affordable place to live and work.

And while they're focused on making the neighborhood happy for now, their dream is to sell Float Dreamery up and down the East Coast.

Profi's Creperie packs dessert and a show at Reading Terminal

Walk through the 12th street entrance of Reading Terminal Market, and the sweet and savory smells will tell you you've arrived at Profi's Creperie.

There, you'll meet Ornel Profi. The 20-year-old runs the stand passed down to him from his father, who learned how to make crepes with his mother when he was in Greece.

At Profi's you can choose from their signature sweet or savory crepes.

Popular sweet crepes include the banana, strawberry and Nutella as well as the berries cheesecake crepe.

For savory, customers love the chicken tomato and pesto.

You can also choose from breakfast crepes like a bacon, egg and cheese or create your own. Ornel loves when his customers get creative and he says you can treat the crepe just like a sandwich, 'put whatever you want in it.'

When LaGracia Givings and Miranda Jordan outgrew their small home-based dessert business in May, they pivoted and opened Puddin Palace in Oaklyn, N.J.

"We had over 20 to 30 people come into our house a day," explains Jordan. "You can imagine how many times we give our address out, so it got a little stressful."

The original recipe that kept the orders rolling in at The Puddin Palace was Givings'.

"We started out with classic banana pudding and we just tweaked it. We decided to start pairing it with different things," says LaGracia Givings.

Now, they have created 25 flavors of their delicious pudding. Some of their signature flavors are caramel vanilla frappe, strawberry shortcake, and red velvet cake. Also on the menu are cheesecakes such as Cinnamon Toast crunch and Fruity Pebbles.

"We have cupcakes from strawberry shortcake down to vanilla caramel frappe," adds Jordan.

So when your sweet tooth hits, the options are plentiful at The Puddin Palace.

The tour of America's first prison offers a glimpse into the 200-year-old building's historic past and a chance to explore the 10-a-half-acre grounds at night.

Al Capone's infamous cellblock is also refurbished in light of some recent findings about how the gangster lived.

There are works from 13 artists on display, including a two-story-high installation on mass incarceration, that is the centerpiece of their latest edition, The Fair Chance Beer Garden.

There's a new pop-up shop from Grant Boulevard, and lots of activities to engage in, such as writing postcards to prisoners, quilting and free yoga meditation on Friday nights by Yoga 4 Philly.

Tickets are available online and at the door; however, it's strongly recommended purchasing your tickets online in advance

Try Pig's Blood Gelato, raise money for a good cause

When Ember and Ash restaurant opened on East Passyunk avenue at the end of 2020, the chef-owners had a mission of using all parts of the animals and vegetables

"We coined a phrase snout to root," says chef and co-owner Scott Calhoun.

From day one, they put a pig's blood pudding on the menu.

it is a southern Italian tradition called Sanguinaccio dolce, with the blood working in place of egg as a thickener.

The collaboration is the latest round in Tag Time Happy Hour, a rotating series of restaurant fundraisers for the LUNGevity Foundation, an organization that provides funding for lung cancer research.

$2 from every sale of the pigs' blood gelato goes to the fund.

The campaign was started by Kristina Burke after her husband, Chef Jim Burke, was diagnosed with Stage 4 lung cancer, last August.

And she did it while battling cancer herself. Kristina was diagnosed with breast cancer in the fall of 2019.

The Tag Time name came from Jim's treatment, a medication he takes every day at 5pm.

For his jerky, McKenna starts with USDA-inspected black angus beef top round that he sources from South Philly.

He slices it, marinates it for 48 hours and then uses a dehydrator to make it into the jerky his customers know and love. Dan Good Jerky contains no preservatives, sugars, or salt.

In addition to the jerky, McKenna and his wife, Kathy, also make fresh Italian sausage and bacon that they sell.

Since the pandemic put a stop to selling their meats at farmers' markets and festivals, The McKennas have now created a pop-up dining restaurant in their outdoor space called the Barking Dog Garden Patio.

Where customers can see McKenna cook right before their eyes in their own private areas (perfect for social distancing) featuring a different menu every week. You can meet Charlie, the pup behind the name and it's BYOB.

Yolanda Parson recently opened up her new food truck for business at in Wilmington - and she's already a big hit.

Crab Cravers food truck flavors the crabs in their signature family-created seasoning and the proof is in the pudding - or should we say crabs.

Customers say they feel like they are part of the family when they step up to the Crab Cravers window.

Parson says she knows her vision and where she's heading, so she just knew she needed to open a food truck.

"I want to thank God for this because this is exactly what I prayed for," she said.

Get a dose of art, history, free beer on the Mural Arts walking tour

The "Mural Mile Center City Walking Tour" has been the non-profit's staple tour.

This 1,100-square-foot mural titled the "Silent Watcher" is like a maternal figure at the gateway to University City.

The "Bella Vistas Walking Tour" tells the stories of people who exemplify Philadelphia's pioneering spirit and grit, such as Octavius Catto.

All of the walking tours last about 90 minutes.

The Philadelphia Fashion incubator has a new exhibit at InLiquid Gallery in Kensington called Illume.

The works of 23 current and former Fashion Incubator designers are on display through September 10th. There's also a retail popup so you can shop their collections.

There are coats are from luxury ready-to-wear designer, Deborah Ann Mack along with clothing, accessories and bridal wear.

More than 50 designers have graduated from The Philadelphia Fashion Incubator in the past decade. The incubator is a year-long residency program that helps designers build their businesses in Philadelphia.

"My ultimate dream for my company honestly is to build a brand that eventually will be global," says Deborah Ann Mack of DAM Fashion, a current designer-in-residence at the incubator.

August is National Rum Month and Cuba Libre Restaurant and Rum Bar can help you celebrate.

The Cuba Libre is a rum and coke with lime, and all month long, the restaurant is donating 50 percent of sales from each cocktail to benefit the Cuba SOS movement. 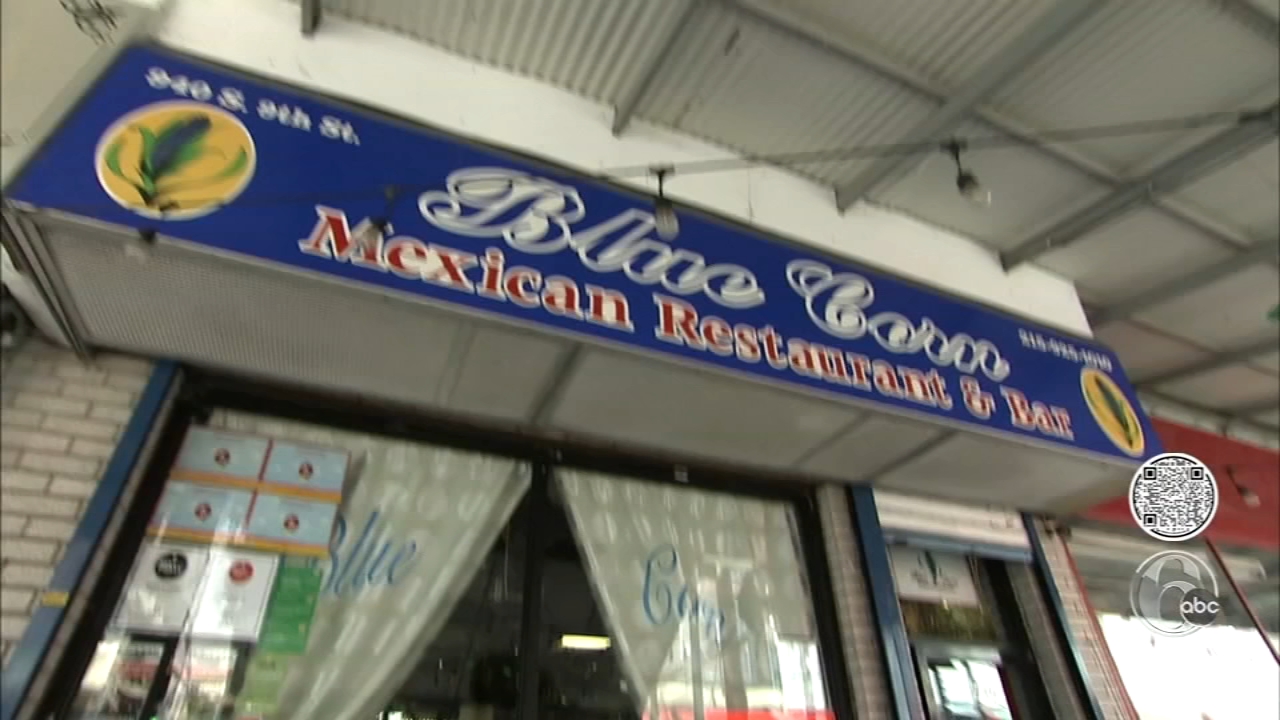 Blue Corn brings the best of Mexico to the Italian Market 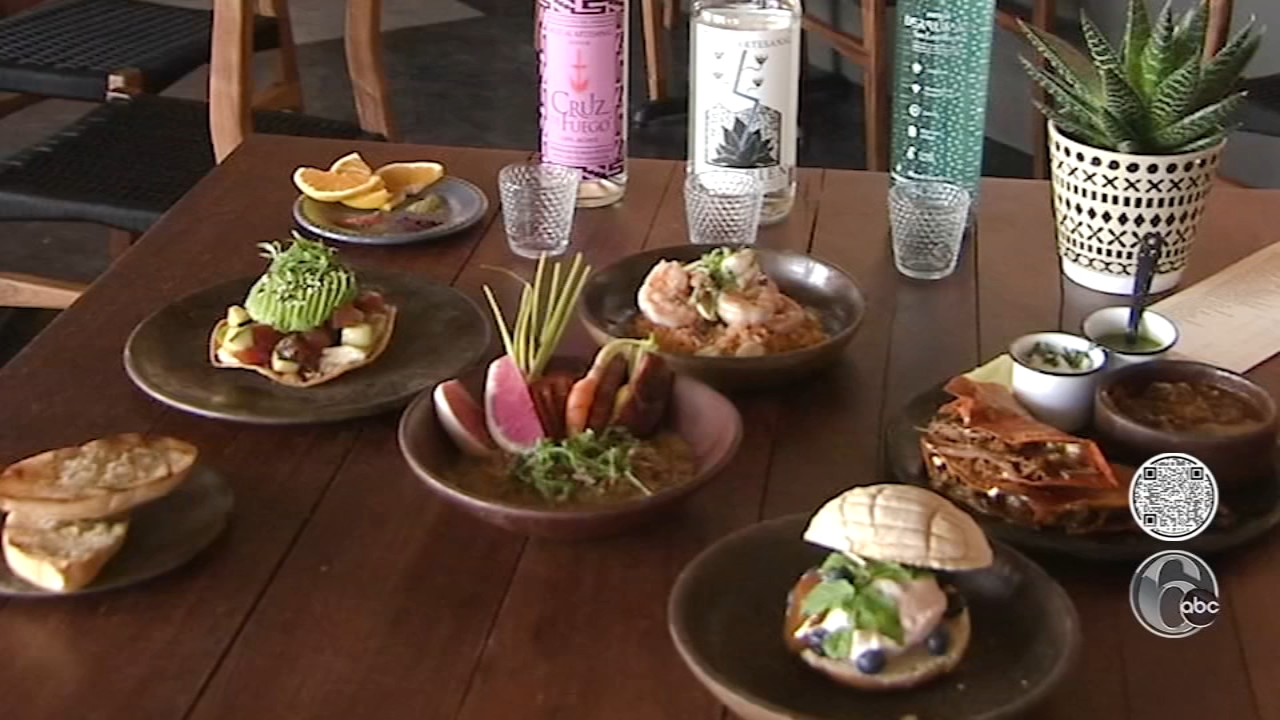 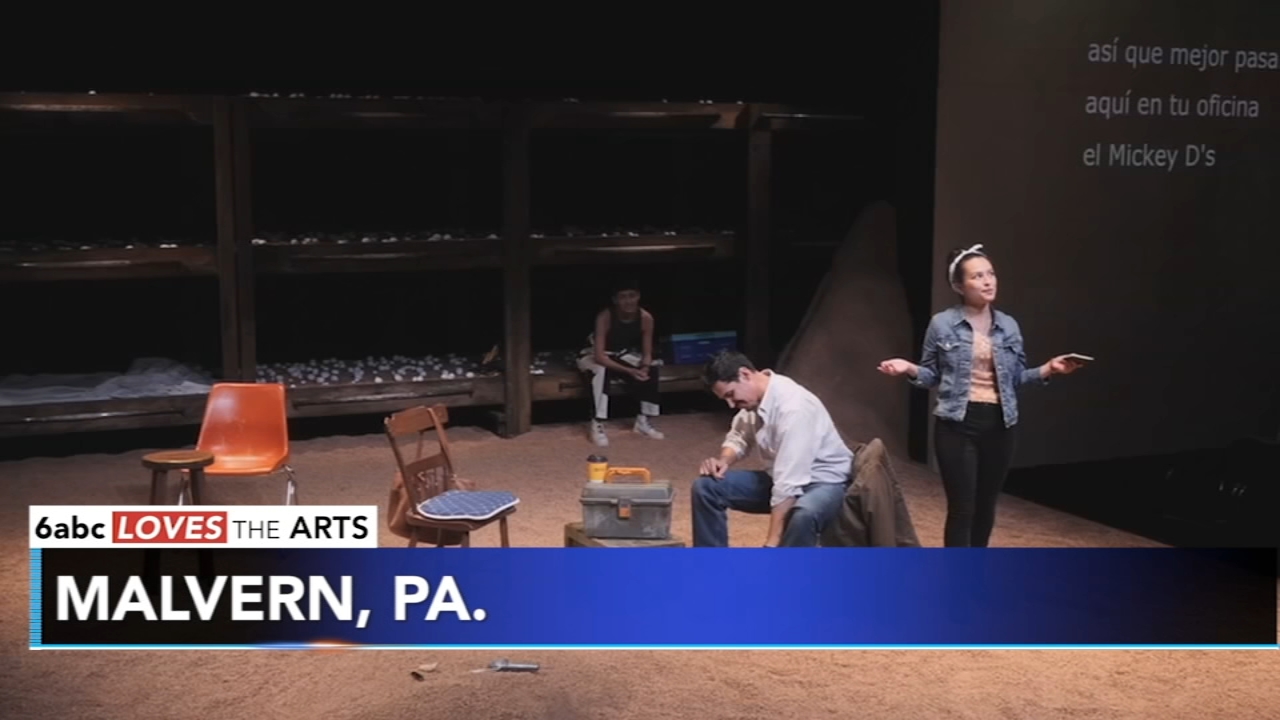