Despite trade rumors, Zach Ertz was at training camp with a different hairstyle.

The Philadelphia Eagles have a new coach, new quarterback and a new look for Zach Ertz.

PHILADELPHIA (WPVI) -- It was a new look for the Philadelphia Eagles at their first training camp practice on Wednesday, and we're not talking about Zach Ertz's hair.

The day of practice in South Philadelphia marked the beginning of the new era under head coach Nick Sirianni.

Sirianni wants everyone to compete for their job, fight every single day and that includes No. 1, quarterback Jalen Hurts.

"It really is just a climb, and just trying to get a little bit better each day, because we know if you can do that the gains that you can make - what I'm saying to you is no different than the message I'm saying to the team - that the gains that you can make when you go in and think about each and every day that you're going to work, and each and every period you're going to work, your gains can be huge," Siriani told reporters.

"And so that's all our goal is just to try to get better, a little bit with each thing that we're doing, and by the time we get to that first game we're ready to roll," he said.

Can Hurts take the reins in this offense and become the franchise quarterback after starting four games last season? That remains to be seen.

And not many saw this coming: Hurts we'll have the opportunity to work with tight end Zach Ertz.

After all the speculation and trade rumors this offseason, Ertz was at training camp sporting a new look of bleach blonde hair.

Speaking of veterans, the happiest camper of them all was Brandon Graham; the Super Bowl hero is back for year 12.

The Eagles also don't have starting safety Rodney McLeod at practice as he is not quite ready to go following last year's knee surgery. 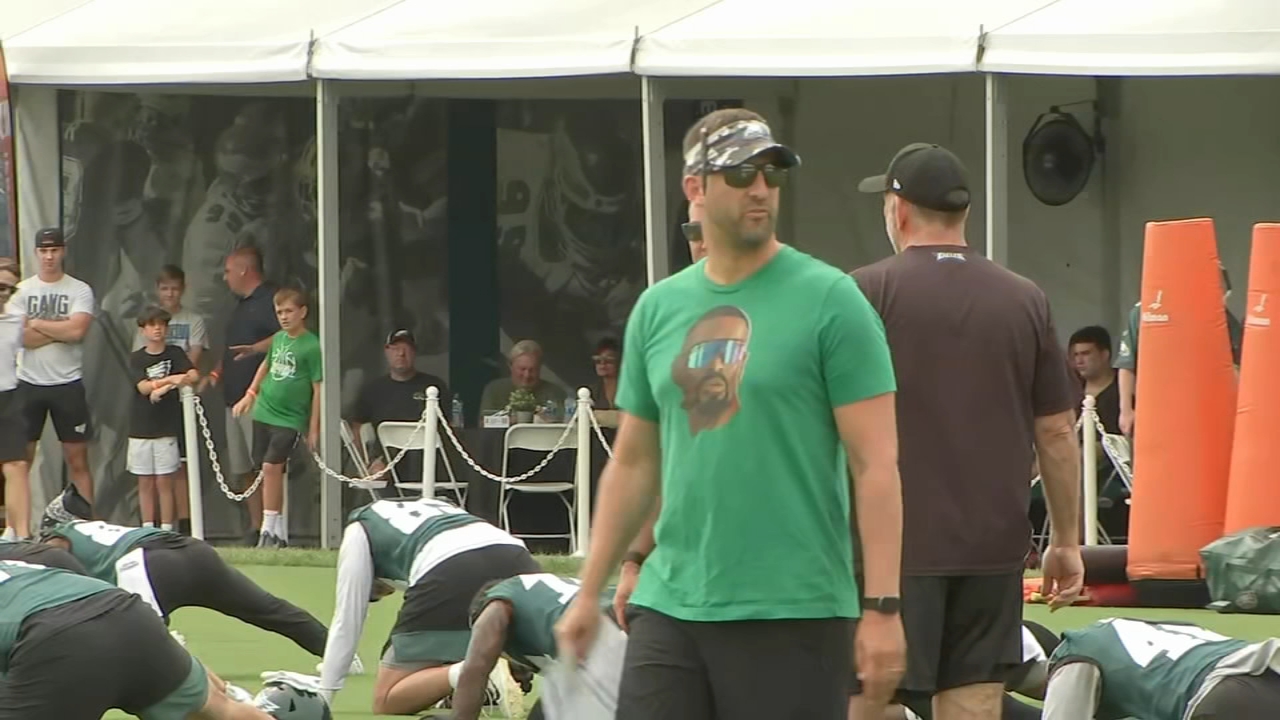 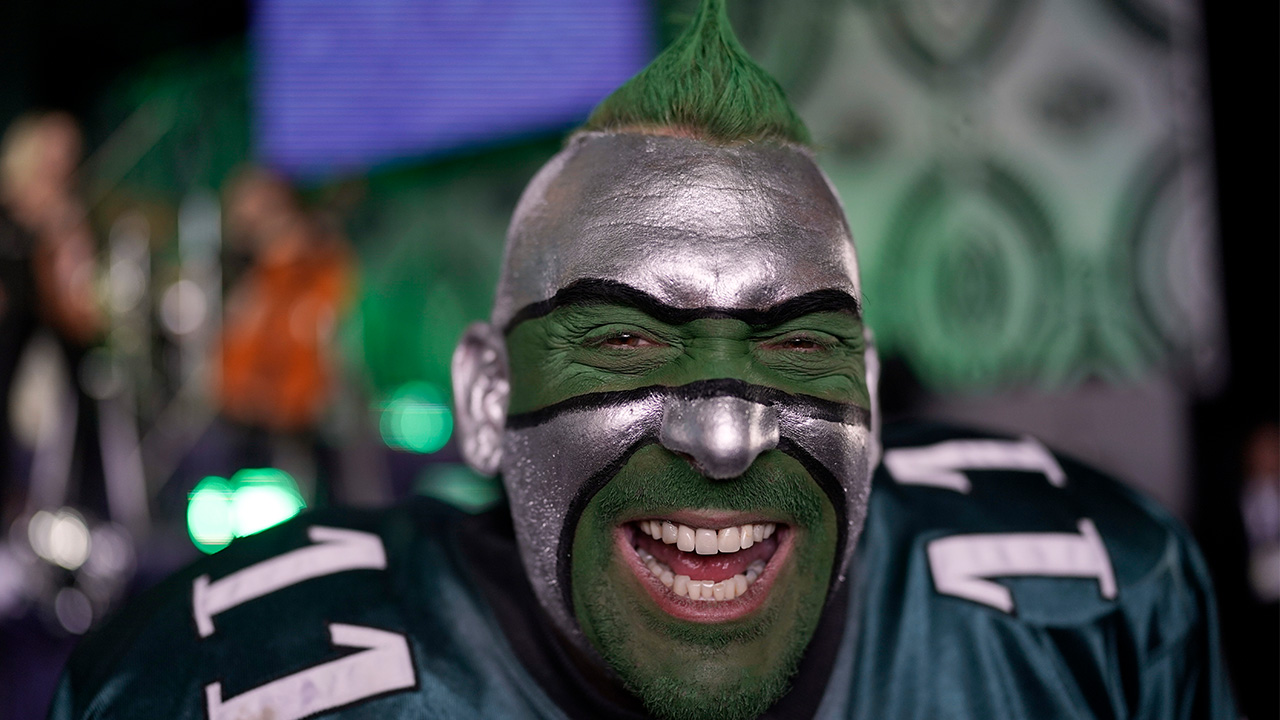 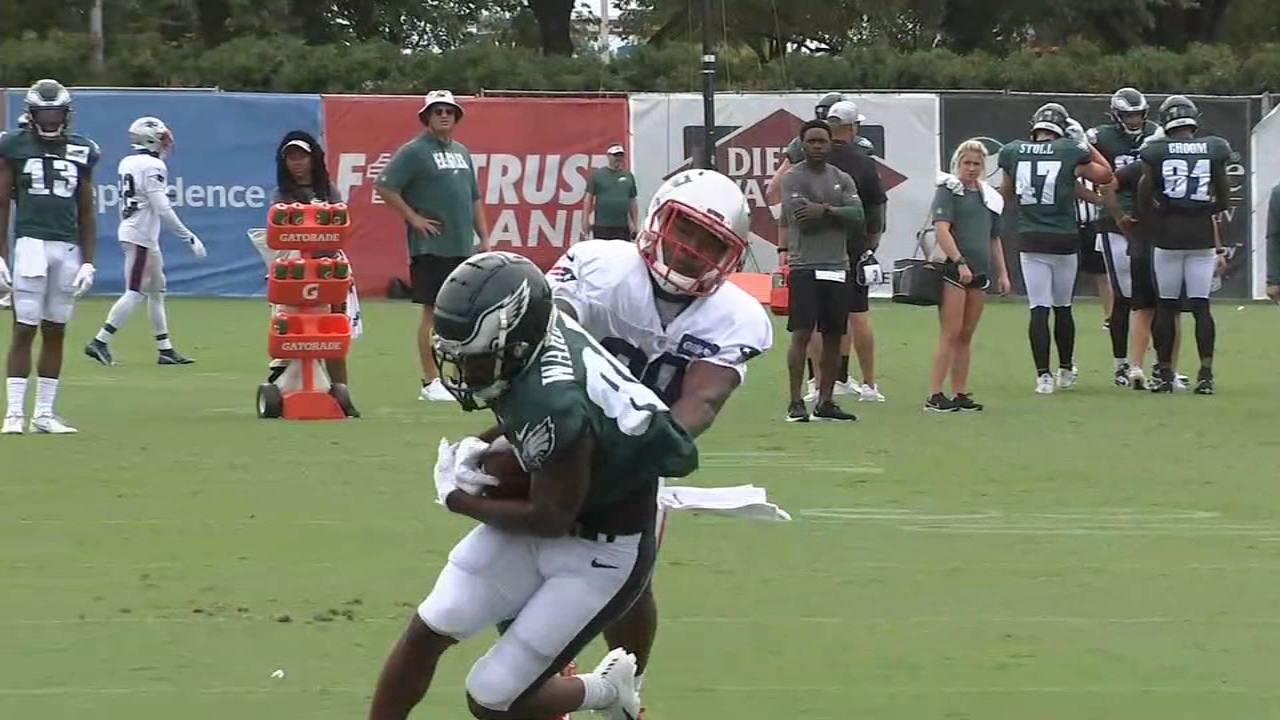 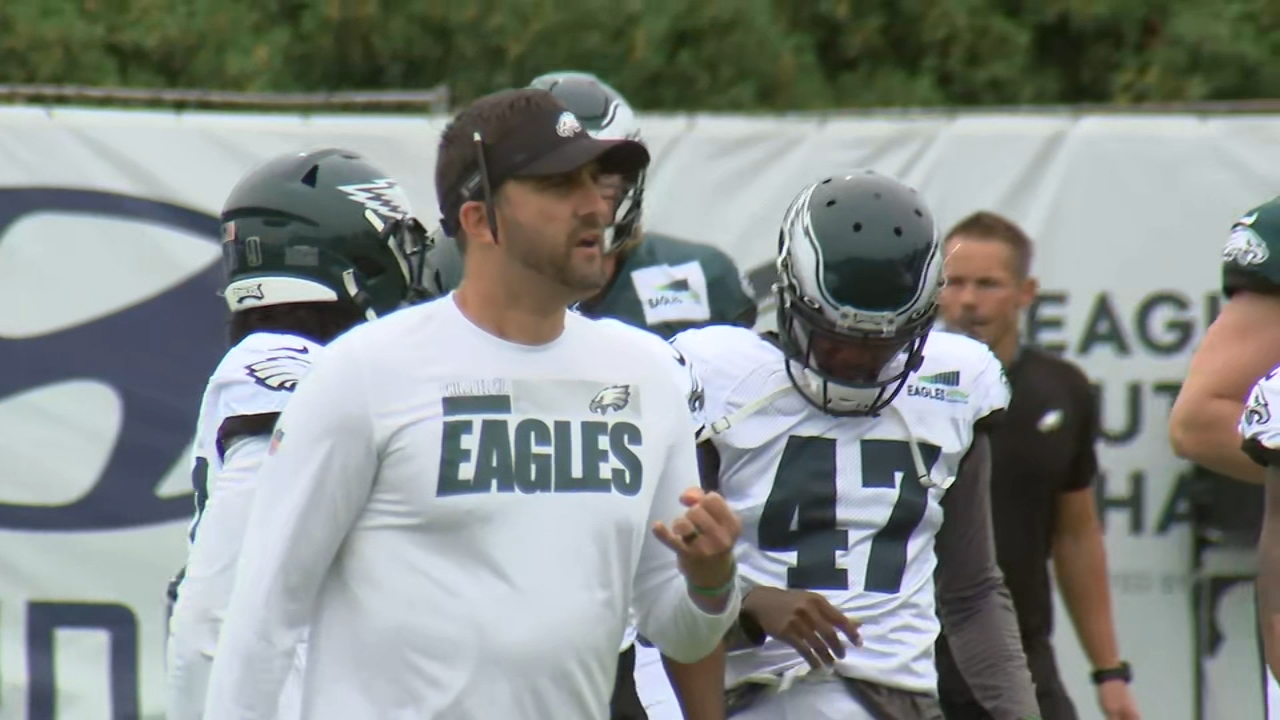