Sources told Action News a witness saw the shooter going through the victim's pockets after he was shot.
WPVI
By Annie McCormick and George Solis 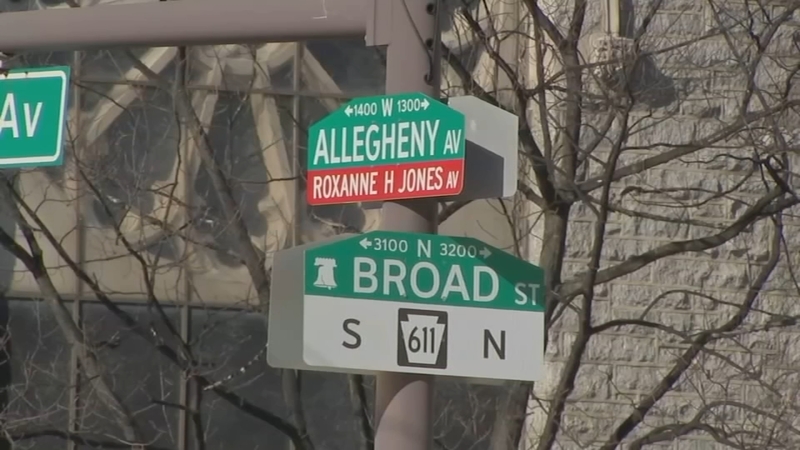 According to Philadelphia police, the shooting happened at about 4:40 a.m. in the 1400 block of West Allegheny Avenue.

When police arrived to the scene, they found Hyram Hill lying on the highway with gunshot wounds to the chest, arm, stomach and back.

Police believe the shooting may have occurred when the victim parked his car near the intersection of West Allegheny Avenue and Broad Street and briefly got out.

The 23-year-old son of a Philadelphia police officer was shot and killed early Monday morning during an apparent robbery. Annie McCormick reports for Action News on Jan. 24, 2022.

Sources told Action News a witness saw the shooter going through the Hill's pockets after he was shot.

Hill was taken to Temple University Hospital where he died a short time later.

Sources also said a SEPTA bus was in the area at the time of the crime and police are reviewing that video.