On Wednesday, police said an attempted robbery suspect was killed by a customer on Master Street.
WPVI
By 6abc Digital Staff and Annie McCormick 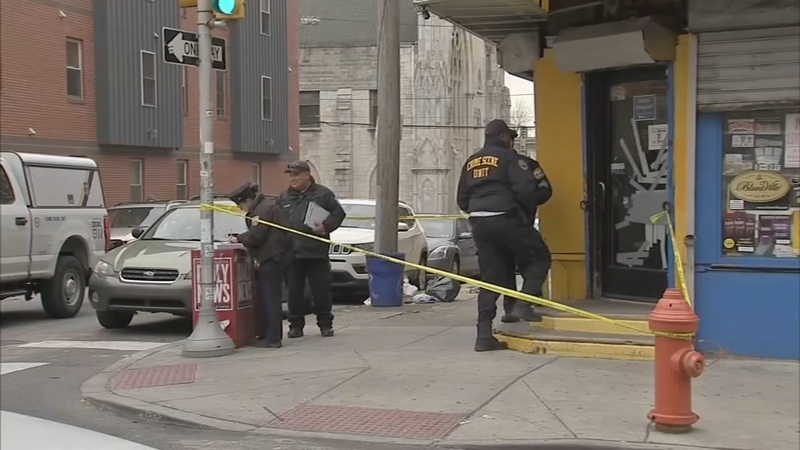 PHILADELPHIA (WPVI) -- Police are investigating after a would-be robber was shot and killed Wednesday in North Philadelphia.

Officials say a male suspect pulled a gun and tried to rob the store on the 1400 block of Master Street around 12:30 p.m.

That's when a customer, who has a license to carry, reportedly shot the suspect twice in the abdomen. The suspect died from his injuries at the hospital.

A second armed suspect managed to escape during this incident.

Police are investigating after a would-be robber was shot and killed Wednesday in North Philadelphia.

This is not the first defensive shooting this year that has resulted in the death or injury of an armed suspect.

Just last week a store manager inside a North Philadelphia Dollar General shot and killed a suspect who announced a robbery.

Police say the suspect had an object made to look like a gun but it was not a weapon. The manager, who had a license to carry, shot the suspect in the head.

In February, a customer fought back against an armed suspect who was trying to rob him inside of a smoke shop. The victim wrestled the gun away from the suspect and shot and killed him.

Exclusive video obtained by Action News shows the moment a customer fought back against a would-be robbery suspect inside a Philadelphia smoke shop.

And in late January, an attempted carjacking suspect was shot six times after a pizza delivery driver, who was licensed to carry, fought back in Kensington.

In just the first three months of this year, more people have been shot in defensive shootings than in each of the last three entire years.

If defensive shootings continue at the same rate through the rest of the year, Philadelphia is on track to have more than five times as many of these incidents as last year. 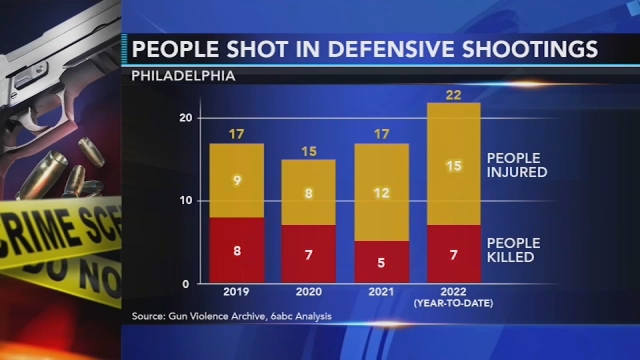