As police were investigating, they were notified that two other shooting victims had arrived at Episcopal Hospital.

Police said an employee of the store was talking to customers out front when the shots were fired.

PHILADELPHIA (WPVI) -- Three people were injured after a drive-by shooting sent bullets into a mini-mart in the West Kensington section of Philadelphia.

It happened just before 2 a.m. Tuesday in the 2500 block of Kensington Avenue.

Responding police and medics found a 35-year-old man outside the Awaas Mini Mart. He was suffering from two gunshot wounds to the thigh.

Police said he was an employee of the store who was talking to customers out front when the shots were fired.

The employee was taken to Temple University Hospital in stable condition.

As police were investigating, they were notified that two other shooting victims had arrived at Episcopal Hospital.

A 25-year-old man was shot in the hand and the leg. Police said two bullets went through the store's metal grate, which was lowered at the time, and struck the man as he was inside playing a gambling machine.

"So we know he was struck by stray gunfire because you couldn't even see him because the metal grate was pulled down when the bullets went through," Philadelphia Police Chief Inspector Scott Small said.

A 49-year-old homeless man asleep on the sidewalk was shot once in the leg. Small said they are not sure if he was the intended target.

The entire incident was captured on the store's outside surveillance cameras.

At least five shots were fired from a light-colored 4-door sedan, police said. The vehicle had heavy-tinted windows.

Small said it appears the shooter was firing from the backseat on the driver's side. 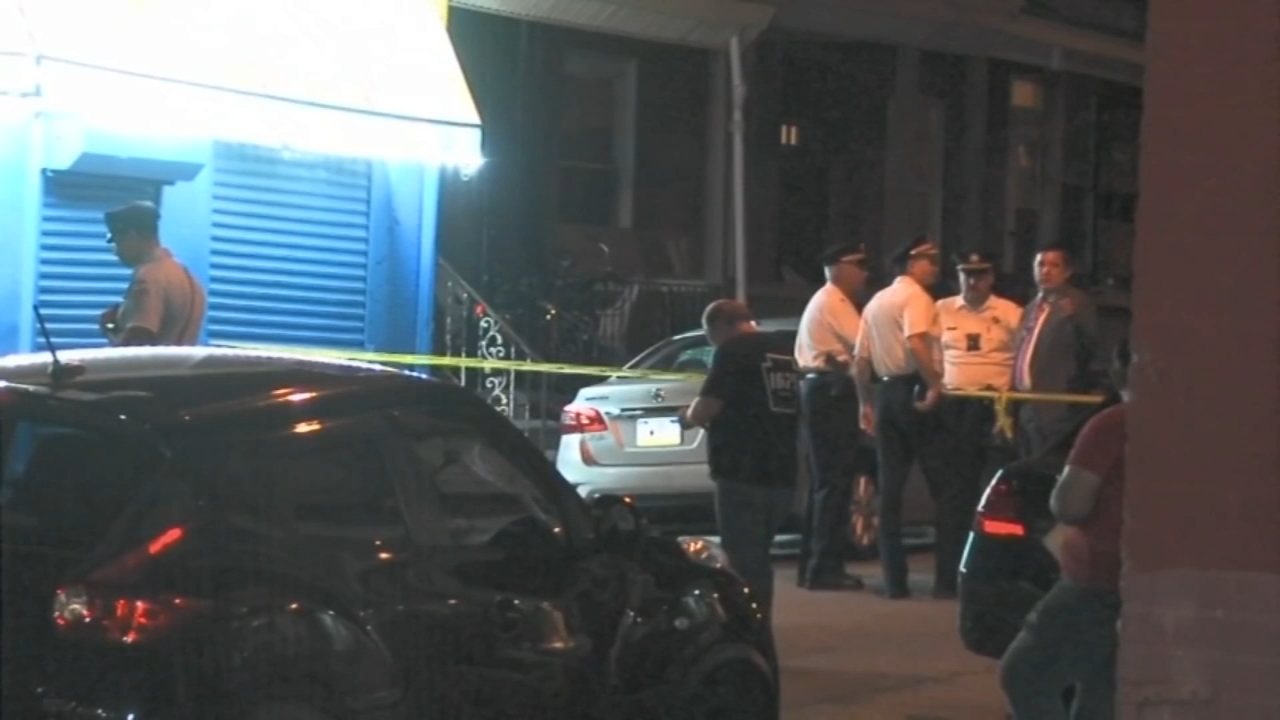 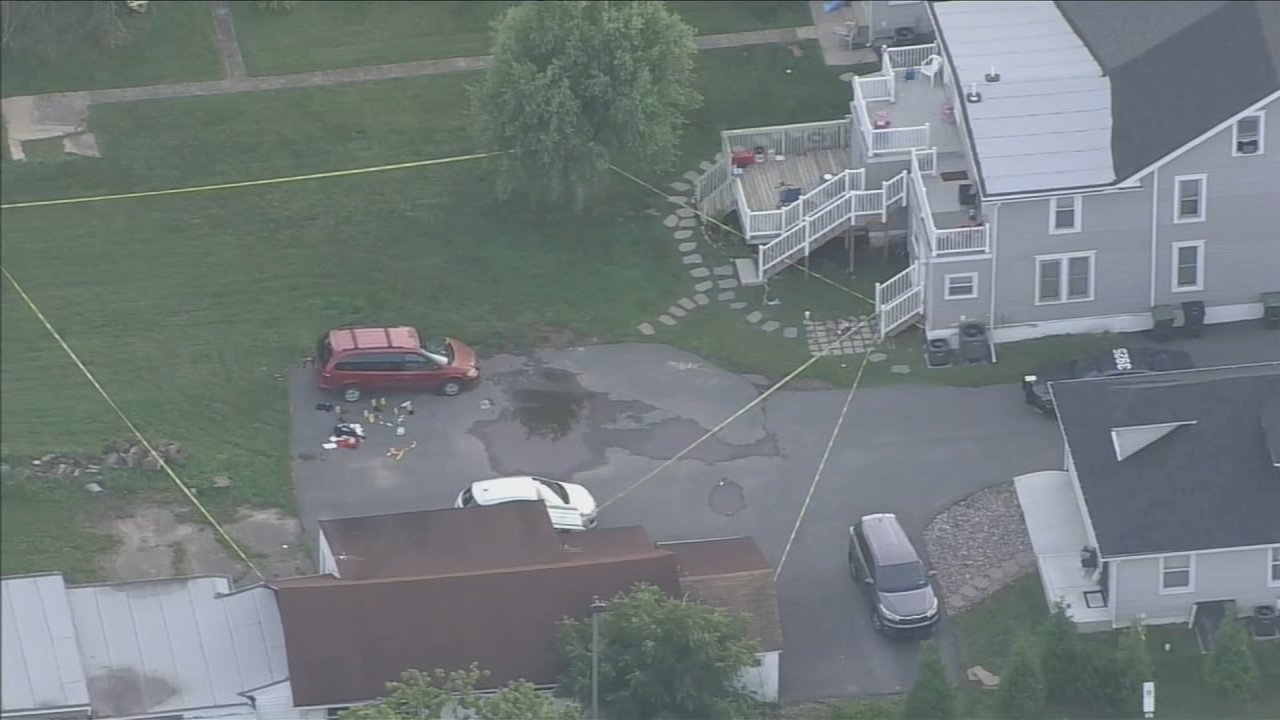 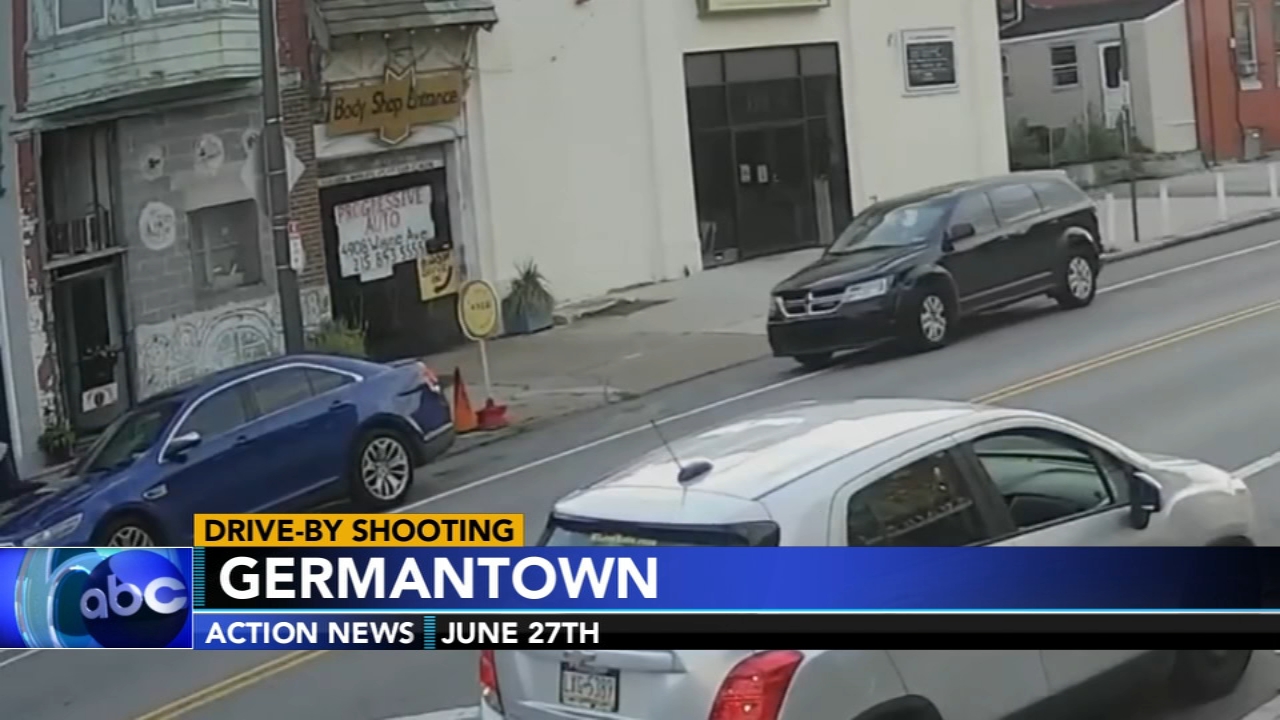 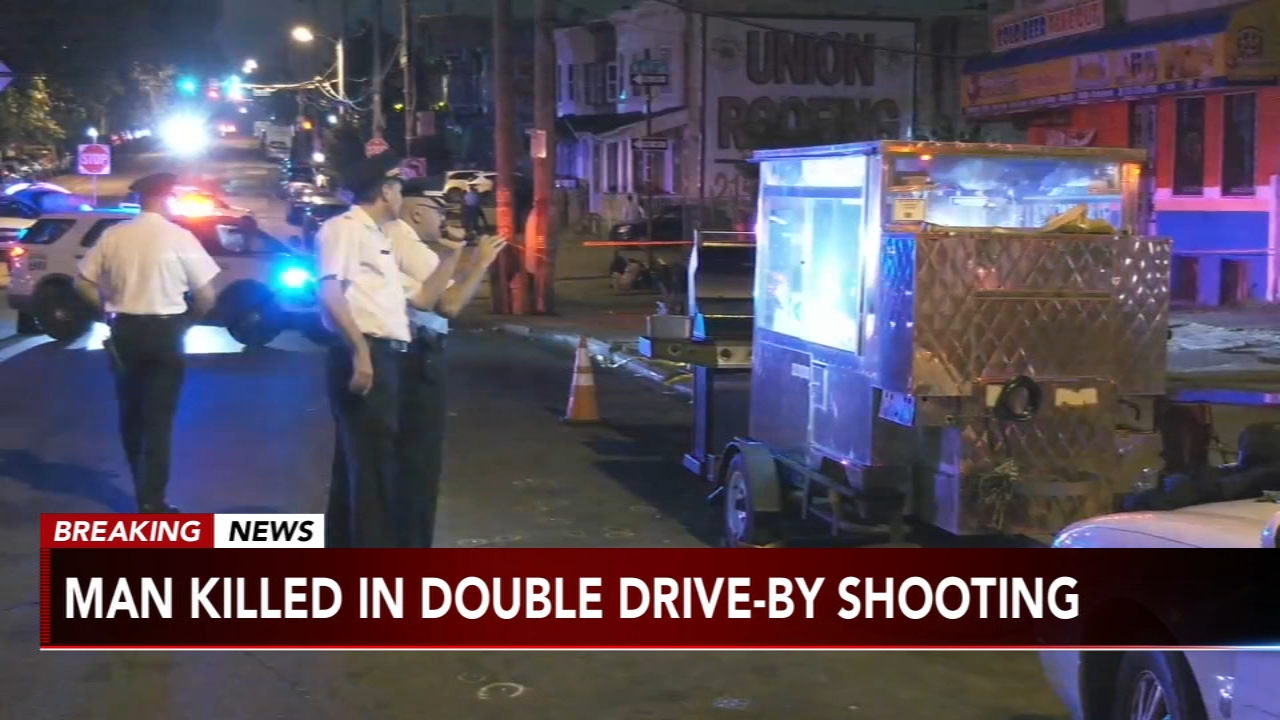