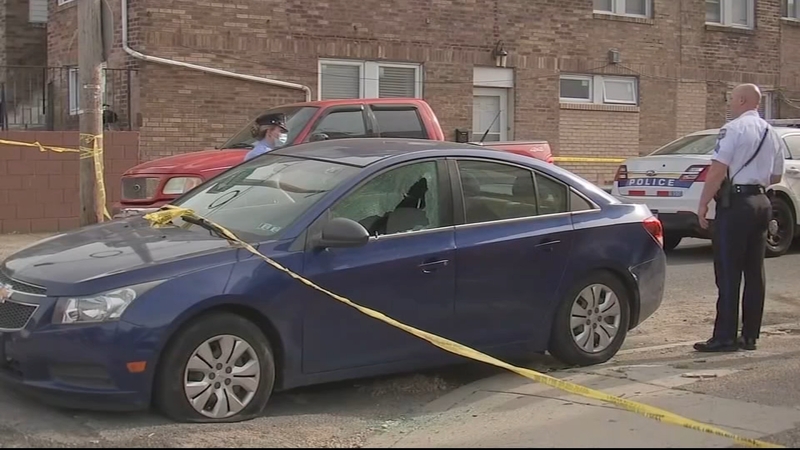 PHILADELPHIA (WPVI) -- Anti-violence groups in Philadelphia are hoping to be one of the solutions to curb the violence plaguing the city.

"It makes you sick, every day it's something new," said Julius Lindsay from North Philadelphia.

As of Monday morning, the Philadelphia Police Department says there have been 176 homicides this year. That is up 39% from the same time in 2020.

To combat the growing violence, anti-violence groups in the city have asked Mayor Jim Kenney for funding. Kenney has proposed a $5.2 billion fiscal year budget for 2022, proposing $19 million more in spending for anti-violence programs, in addition to federal funding.

"They need all the funding honestly because it's like unacceptable at this point," said Ty from North Philadelphia.

Nomo Foundation in North Philadelphia has requested $1.5 million over the next five years to service the city's youth.

"A lot of our young people, family members have dealt with trauma in the city of Philadelphia, whether that's being a victim, or a bystander or someone just observed the violence," said Luqman Abdullah, Nomo Foundation facility administrator. "So these young people need supportive services."

Families who've lost loved ones to gun violence came together in West Philadelphia Friday in search of answers to put an end to it.

On Monday, Councilmember Kenyatta Johnson will join City Council in the first hearing to talk about the mayor's proposed budget. Funding for anti-violence groups is something he says he will be fighting for.

City Council has until June 30 to approve the mayor's budget. The new budget goes into effect July 1.