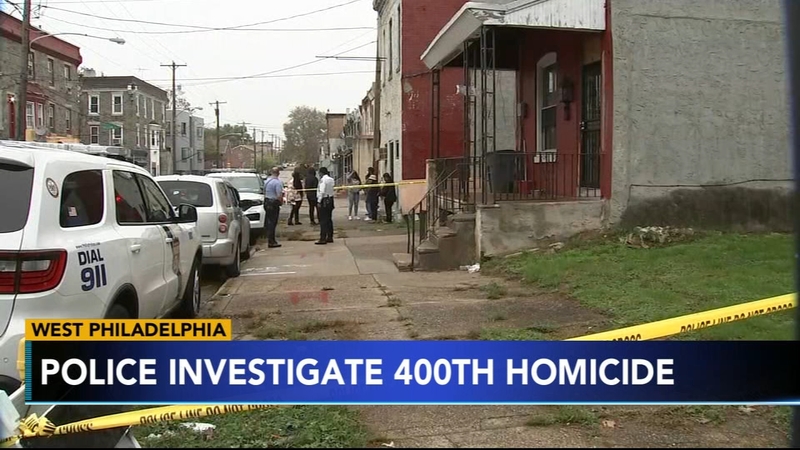 A man found dead in a West Philadelphia home has become the city's 400th homicide this year.

Police were called to the 4800 block of Westminister Avenue just after 2 p.m.

Philadelphia police are investigating an officer-involved shooting in West Philadelphia on Monday afternoon.

Police say he had a gunshot wound to the head.