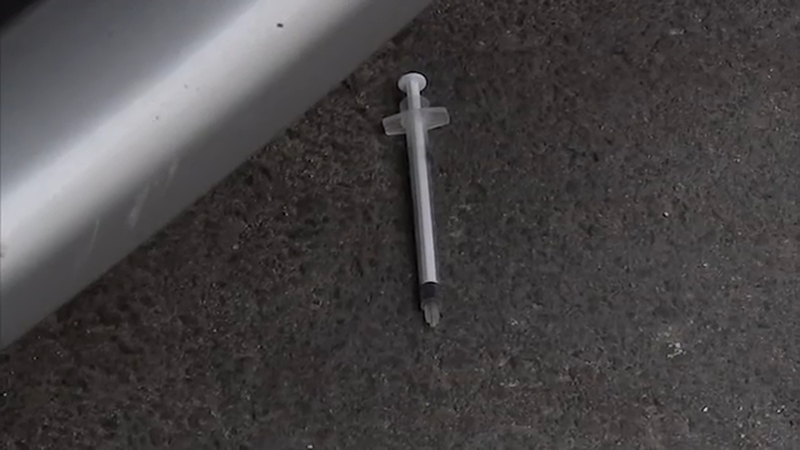 PHILADELPHIA (WPVI) -- Neighbors say drug use, drug dealing and prostitution has found a home at the cross-section of Wolf Street and Moyamensing Avenue in South Philadelphia.

"It's every day, all day and every night. This is the main prostitution area - 8th and 7th and Wolf," says a woman who has lived in the area for more than 50 years.

The complaint is that no time of day is safe, and the main concern is the Key Elementary School on the corner of 8th and Wolf.

The crimes happen at all hours says Christine Zemaitaitis.

"They work in this area at night, all night into the wee hours of the morning. It's not just prostitution they're also doing drugs," she said.

There is also a public health concern related to these qualities of life crimes.

"They're leaving feces all over the place, needles, bloody tissues," said Zemaitaitis.

Another point of frustration, the inability to promote change and lack of punishment for the offenders.

One neighbor said the drug dealers do not care if they get caught because they will be released on their own recognizance, without posting bail.

Linda Hernandez won't let her children out to play. She says when the police come, they can't do much.

"They just going to take them and they're just coming out tomorrow, so what's the point?" Hernandez said.

Action News reached out to the Philadelphia Police Department who sent a list of action points focused on the neighborhood:

"Among other measures, Captain Hartzell of the 3rd District has undertaken the following: