Just before 11 p.m. Thursday, police found a 20-year-old man lying on the ground in the 2100 block of Williams Street.
WPVI 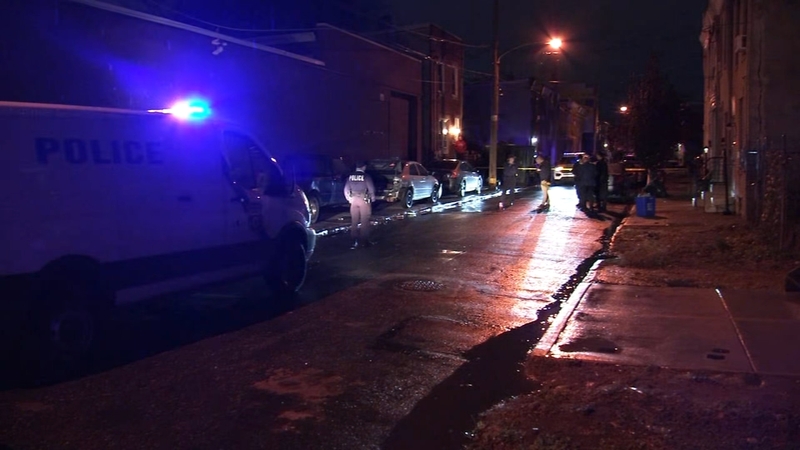 PHILADELPHIA (WPVI) -- One person was killed and an innocent bystander was injured during a shooting in Philadelphia's Port Richmond section.

Just before 11 p.m., police found a 20-year-old man lying on the ground in the 2100 block of Williams Street. He was suffering from a gunshot wound to the head.

He was taken to the hospital in critical condition and was pronounced dead after midnight.

While investigating the scene, police learned a 26-year-old man showed up at a hospital with a gunshot wound to the face.

Police believe the man may have been caught in the crossfire. He is currently in stable condition.

Police are talking with witnesses and collecting surveillance cameras in the neighborhood.