Pothole increases due to weather raise concerns for drivers in Philadelphia

Brad Rudolph for PennDOT says the hot and cold weather is why the potholes are popping up.
WPVI
By Katie Katro and 6abc Digital Staff 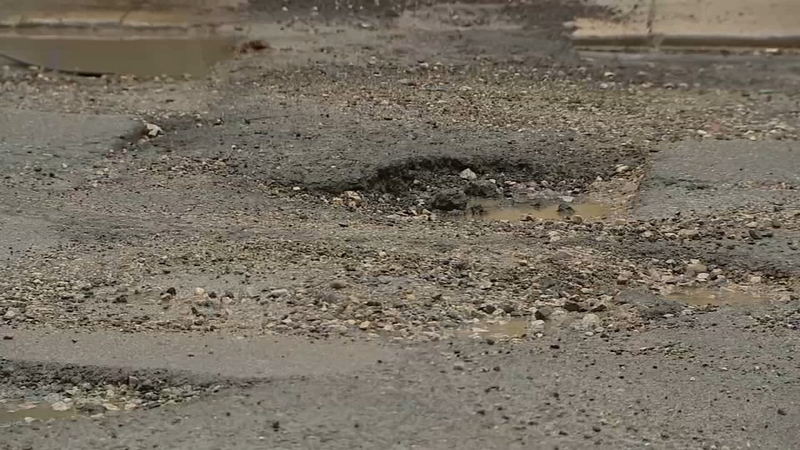 Pothole increases due to weather raises concerns for Philly drivers

PHILADELPHIA (WPVI) -- Some drivers around Philadelphia say they have noticed an increase in potholes and are frustrated while on the roads.

"You just kind of brace, and just kind of take it. You know it's doing damage to your car long-term," said Gideon Stoltzfus from North Philadelphia.

A PennDOT spokesperson tells Action News the up and down weather is to blame. They expect to see more potholes pop up throughout March and April, and then it will take them into the summer months to patch them all up.

On Thursday afternoon, 6abc's Matt Pellman displayed a large pothole in the center lane on I-95 North near Melrose Avenue in Chester, Delaware County.

PennDOT crews mobilized to immediately repair it, but they have a long road ahead of them when it comes to all the potholes that need patching.

"We know it's going to be another serious year for potholes," said Brad Rudolph, deputy communications director for PennDOT.

Rudolph says the hot and cold weather is why the potholes are popping up.

"Any time the temperature gets really cold and then warm again, and then you have moisture that seeps into the cracks, that moisture freezes," said Rudolph. "When the weather's cold, what that does is it expands, it gets warm again, it collapses, creating a little cavity."

New Jersey is feeling those effects too. NJDOT has already repaired more potholes this year than last year, according to a spokesperson.

Drivers said they've noticed the increase in these craters and say sometimes you just can't avoid them.

"To avoid a pothole, you could have an accident because you're trying to move to avoid the pothole, and then you could hit another car," said Henrietta Curry from West Philadelphia.