The force was so powerful, the parked car hit the front of his house.
WPVI
By 6abc Digital Staff 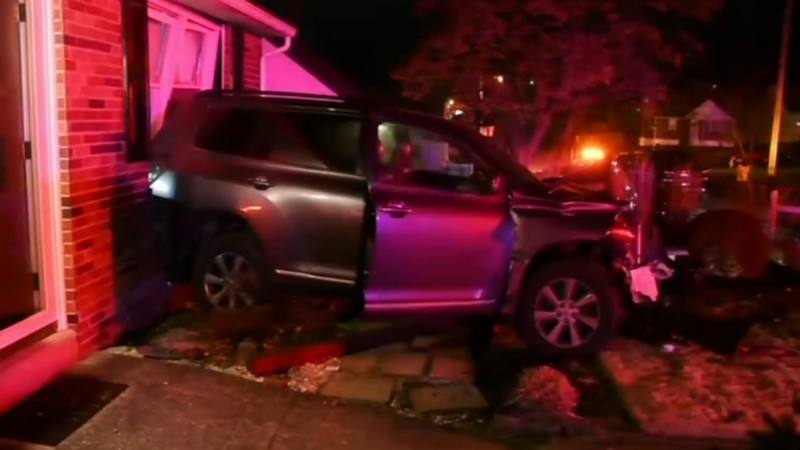 POTTSTOWN, Pennsylvania (WPVI) -- A homeowner in Pottstown, Montgomery County got quite the scare after a serious crash left the front of his home in shambles.

It was Friday night around 8 p.m. when the homeowner, who asked not to be identified, heard a loud boom while he was watching a movie.


Investigators say a driver was traveling on West 8th Street and hit a parked car. The impact was so powerful that the parked car then traveled into the man's home.

"Every day in life you just don't know, so again be thankful for what we have and stuff and just keep moving forward," he said.
The homeowner says if the crash were an hour later, he would have been in bed and the outcome might have been different.


Police say the driver who caused the chaos never stopped and is still on the run.