Some Radnor Twp. residents upset over new CBD Kratom store: 'I don't want it in my backyard' 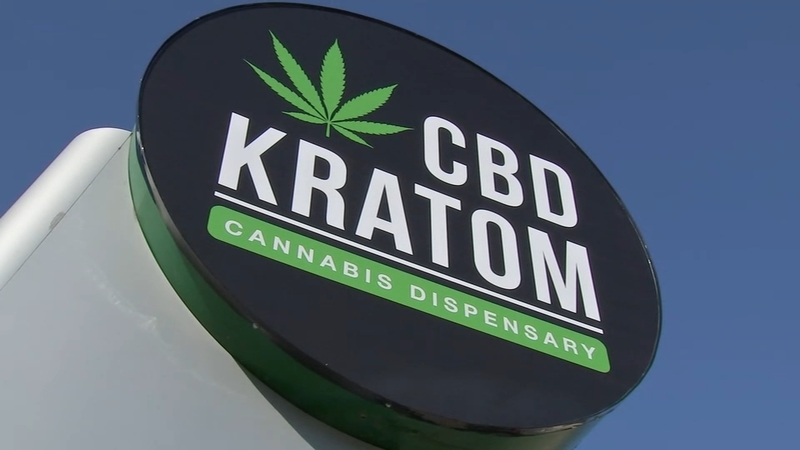 RADNOR TWP., Pennsylvania (WPVI) -- Residents in Radnor Township, Pennsylvania are expressing some concerns over the opening of a new business.

The controversy centers around a new CBD Kratom store and self-identified cannabis dispensary located on East Lancaster Avenue in Wayne.

CBD is a compound that's found in cannabis that won't get you high.

According to the Mayo Clinic, Kratom is often marketed as a treatment for muscle pain and cramps. The plant, generally grown in Southeast Asia, is also promoted as an aid in overcoming opioid withdrawal.

"You have a private school down the street. And you know what else? You're breeding an industry for people to go in there and buy and sell to kids. That's what you're doing," said Riccoutti.

The shop opened late last week and was immediately shut down over concerns of code compliance and failure to seek proper permits.

The controversy centers around a new CBD Kratom store and self-identified cannabis dispensary on East Lancaster Avenue in Wayne.

On Monday night, the Radnor Township Board of Commissioners meeting opened with a round-robin of fiery debate from residents.

"We cannot bury our heads in the sand," said one speaker.


"I don't want it in my backyard or anywhere on the face of the earth," said another.

The cycle of speakers voiced their concerns over the new CBD Kratom store.

"Don't let this business in our town," another speaker said.

The Kratom controversy is not new.

Calls to ban the product grew after a coroner in 2019 determined 25-year-old Caleb Sturgis of West Chester died from a Kratom overdose.

In a statement to Action News, the company addressed its permitting issues.

"Unfortunately, Radnor Township requirements were not identified by our team. I strive to live by our core values, which include responsibility, and which is why I take full ownership of this oversight," said CBD Kratom's Vice President Dafna Revah.


The company also affirmed a commitment to educating the community about their products, including age restrictions.

Some town leaders in Wayne admit the business caught them off guard.

"Had no idea that was coming in," said Radnor Township Board of Commissioners President Moira Mulroney.

Mulroney was unable to say if the business will reopen even if all issues are resolved.

"This is a new issue for all of us in Radnor Township. It's not a product that many of us were even familiar with," said Mulroney.

The business will remain closed until the township has had time to review all of the permits and code enforcement checks to see if any changes have been made inside the building.

But this debate appears to be far from over.