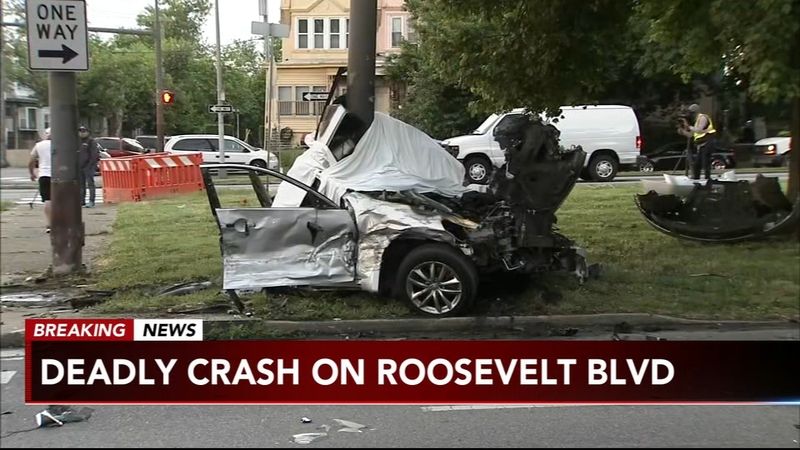 PHILADELPHIA (WPVI) -- Philadelphia police are investigating a deadly crash on the Roosevelt Boulevard.

It happened around 4 a.m. Friday on the southbound lanes of the Boulevard at C Street in the Olney section of the city.

According to investigators, it appeared an Infiniti went through a red light and struck a pickup truck.

The force sent the Infiniti into a light pole. The vehicle caught fire.

The driver of the Infiniti was pronounced dead at the scene.

Police say a passenger was ejected from the Infinity. The passenger is hospitalized in critical condition.