Officials say the woman involved refused to pay her fare and would not exit the bus.
WPVI
By 6abc Digital Staff and Dann Cuellar 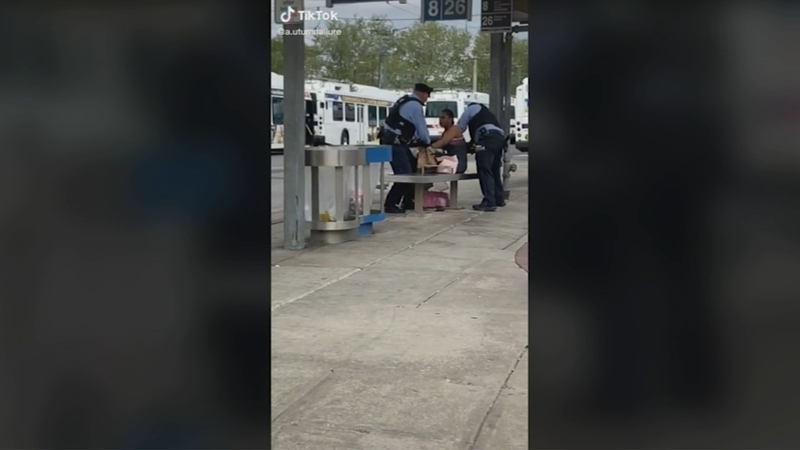 PHILADELPHIA (WPVI) -- An investigation is underway into a confrontation between SEPTA police and a passenger who reportedly refused to exit a bus.

Video posted on social media shows SEPTA officers trying to take a woman into custody at the Frankford Transportation Center on Wednesday morning.

An officer can then be seen hitting her in the head while she sits on a bench.

Another officer then used a taser after he asked the woman to put her hands behind her back and she ran off. 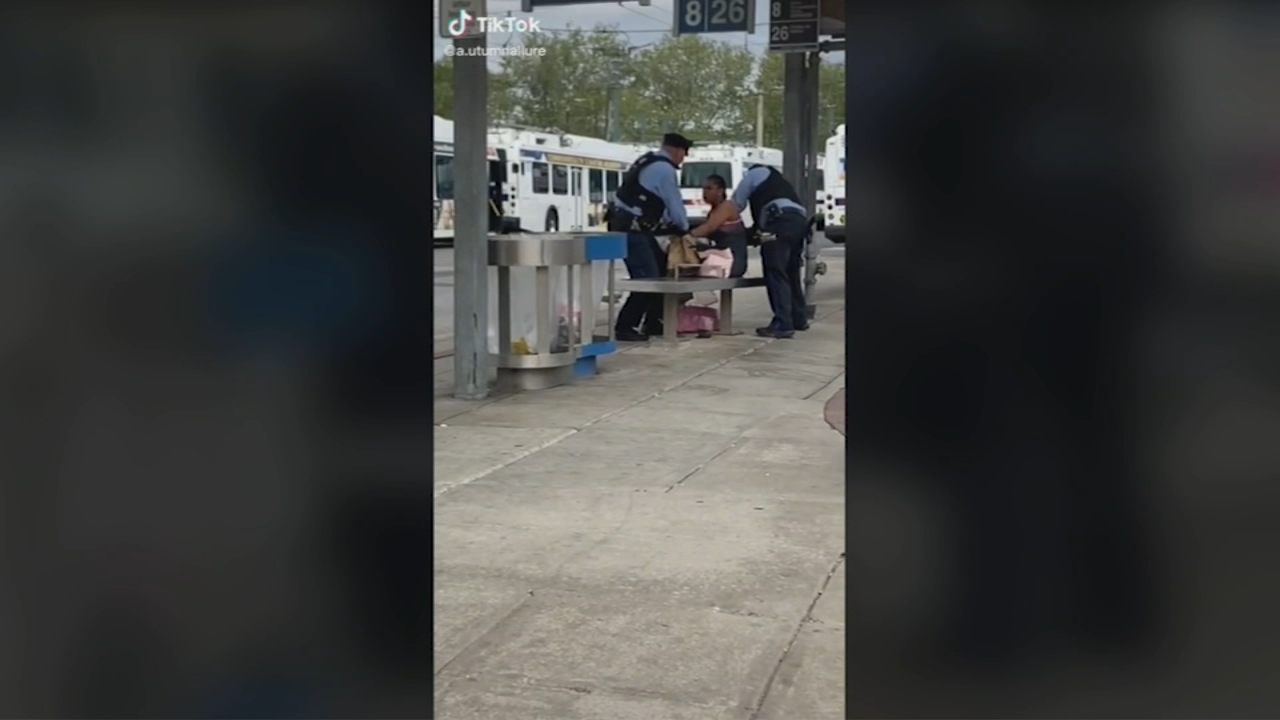 According to a SEPTA spokesman, the woman involved in this incident has a long history of putting three pennies in the farebox for a $2.50 fare.

On Wednesday, officials say the woman refused to pay her fare and would not exit the bus. That's when the driver called police.

SEPTA says the woman kicked one of the officers in the chest and bit another one before she was taken into custody. There is reportedly video that captured this but SEPTA has declined to release it at this time.

On Wednesday night, protesters gathered at the transportation center to let their voices be heard.

"Making sure that this doesn't happen to anybody else. For 50 cents? It's unnecessary," said Keyona Carroll, who is one of the woman's cousins.

Dallas suffered minor injuries and was taken into custody.

She is facing charges of assault and disorderly conduct.

Dallas is currently at the Crisis Response Center at Jefferson University Hospital undergoing a mental health evaluation and treatment.

Family members said she does not suffer from mental health issues.

Anyone who witnessed the incident is urged to contact SEPTA Police Internal Affairs at (215) 580-7860.