Police say a bullet pierced the window of Internal Affairs, nobody inside was injured
WPVI 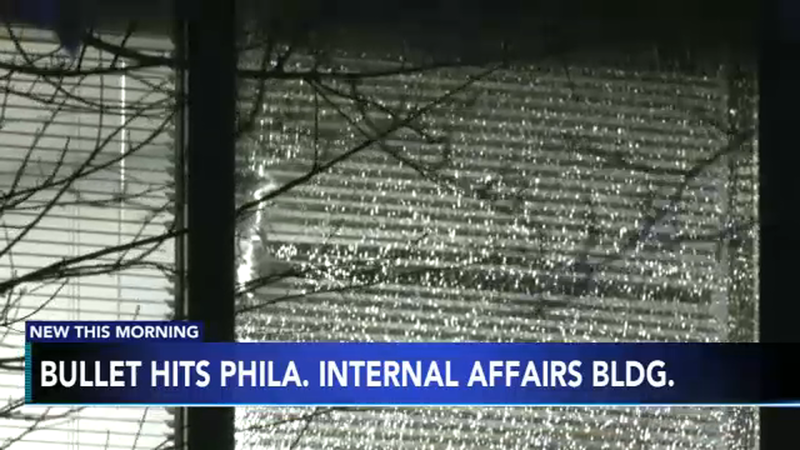 PHILADELPHIA (WPVI) -- Philadelphia police are investigating a shootout that sent a stray bullet into one of their buildings.

This is happening on the 7900 block of Dungan Road in the city's Rhawnhurst section.

Police say just before11:00 p.m. Friday, several shots were fired at a woman in the area of the Internal Affairs building.

One of those bullets pierced a window to the cafeteria and also hit a wall.

Police say nobody inside the Internal Affairs building was injured.

Officials say the woman who was shot at was also not injured.