Places to go, things to do to celebrate Valentine's Day in Philadelphia 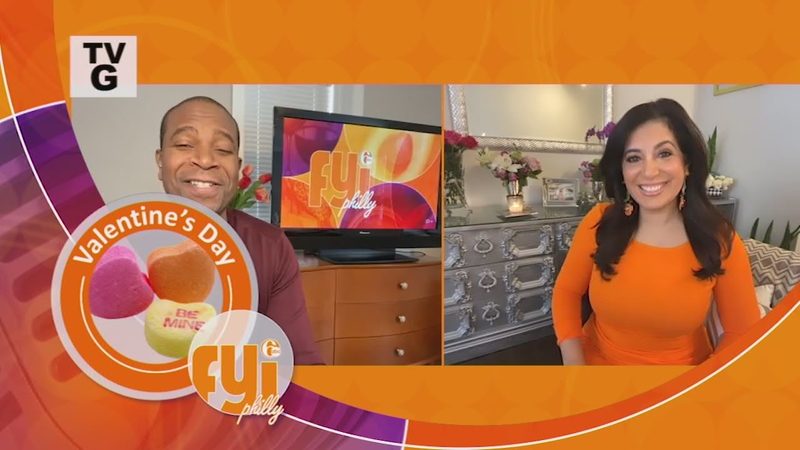 FYI Philly's Valentine's Day Special: Places to go, things to do to celebrate with your love

They offer a combination of creative foods that might be new to many patrons, as well as comforting foods that are likely familiar - served up in a casual, inviting environment.

With a focus on regional foods, as well as materials from area artisans, Randy changes the menu every day - kind of like the proverb behind the name of the restaurant, which says 'A man never stands in the same river twice.'

With the help of Fiore Fine Foods in Queen Village, you can celebrate Valentine's Day Romeo and Juliet style.

Chef Justine McNeil and her co-chef and husband Ed Crochet are offering a four-course meal focusing on the Veneto region, a romantic part of Italy and the setting for the story of the star-crossed lovers.
Justine is the master of sweets, known for her pastries, chocolates, and artisan gelato sold by the pint, with 4 changing weekly flavors.

Ed's in charge of the savory, with a concentration on from scratch-cooking, especially homemade pasta. 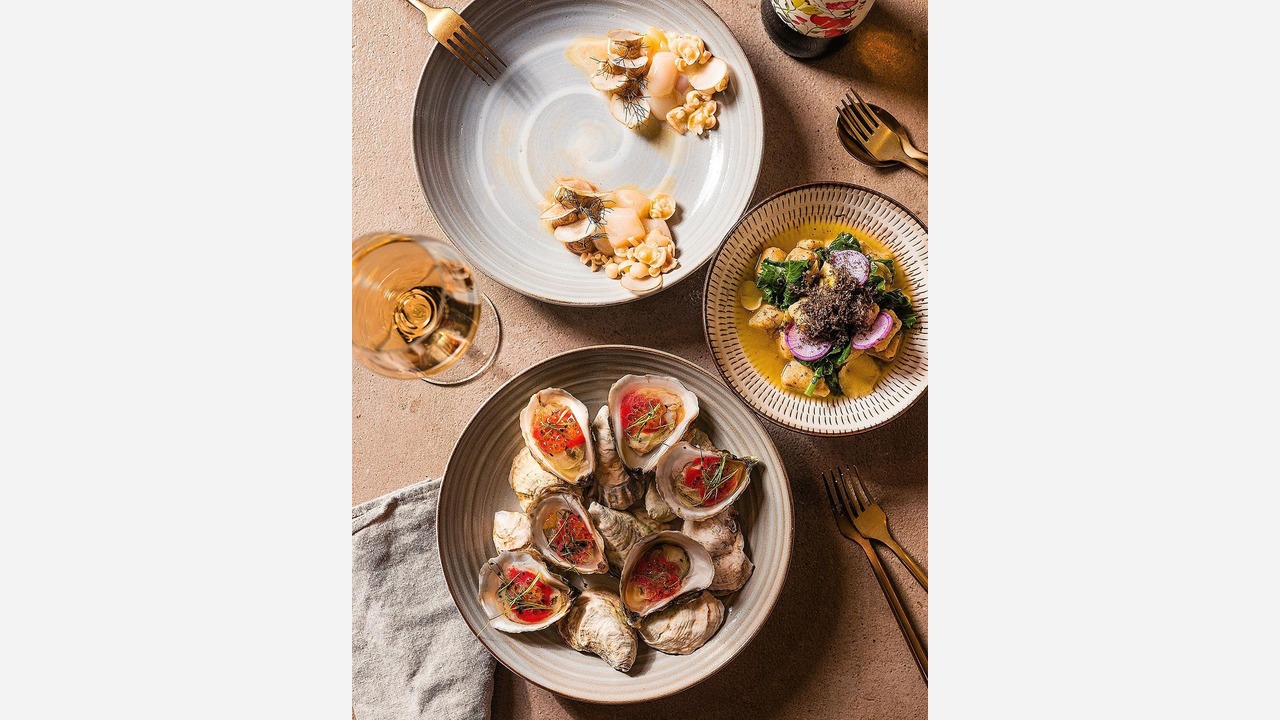 Nicholas Ducos and Francesca Galarus are the owners, building their first business while also planning their wedding.

They make five varieties of wine and source all of their grapes from small growers in a 300-mile radius.

They then help the farmers pick the grapes, hand crush them, hand bottle, hand cork and hand label. They opened as a retail only operation but plan to add small group tours and tastings starting in March and eventually have an outdoor space where people can sit and enjoy the wine.

You can buy a membership, much like a farm CSA. Pre-pay and you get $2 a month and the couple is donating 15% of membership fees to neighborhood improvement projects.

A graduate of the Art Institute of Philadelphia, she spent 15 years at some of the city's top restaurants and candy shops; she was the first confectioner for Franklin Fountain in Old City. But when the pandemic hit, she was working for a catering company and all her weddings were cancelled and she found herself out of a job.
The owners of Bloomsday Cafe asked her to make a weekly specialty cake for their dessert menu, giving Davina the kitchen and the time she needed to finally pursue her passion project.

As a child, she says, she watched Willy Wonka & The Chocolate Factory every day for a year straight and told her parents that one day she'd own her own candy company.

The cherry on top?

She's now engaged to Bloomsday's general manager. He's a sommelier and she's a chocolate maker, making for a pretty good match. And yes, she plans to make her own cake.

They knew each other from high school, but they didn't start dating until they reconnected later in life and a cheesecake at the end of the date led to a partnership in both life and business.
They started with four flavors and now have more than fifty; with Snickers Chunk Cheesecake, Chocolate Drizzle Cheesecake, and Banana Pudding as the most popular.

For Valentine's Day, they're baking up their specials, including Strawberry Cheesecake, plus a new edition, Brownie Red Velvet.

Kismet Bagels is the perfect name for business started by couple who met as children
Jacob and Alexandra Cohen met as young children when their grandmothers, best friends to this day, would take them to the beach together.

Fast forward to a chance meeting twenty years later, the two were reconnected -- and got married shortly thereafter in 2018.

Their full-time jobs, real estate for Jacob and ad sales for Alexandra, were disrupted during the pandemic, but they started baking bagels for family and friends.

One post on their social media led to orders based on donations to charitable causes - front line healthcare workers, the Black Lives Matter movement, and Philadelphia sanitation workers among them - and the business was born. 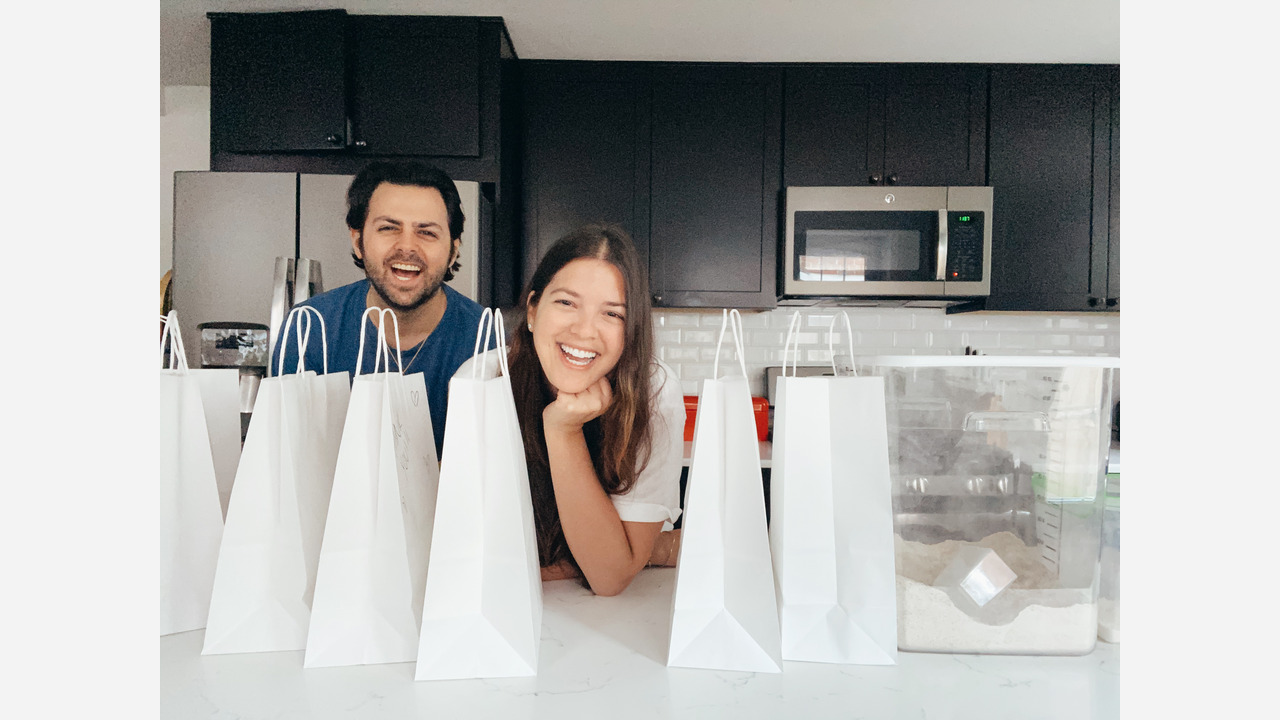 Swiger Photography zooms in on special moments of diverse couples
Amanda Swiger started her company after turning to photography as an outlet from her job as a social worker.

Ten years later, her company, Swiger Photography, specializes in weddings, engagements, portraits, and other life occasions - with a specific focus on the LGBTQ community.
Her wife Jordan has her own career as a union electrician but often helps out on shoots.

Now full-time with the business, Amanda says she has shot hundreds of weddings and calls it the best job in the world. 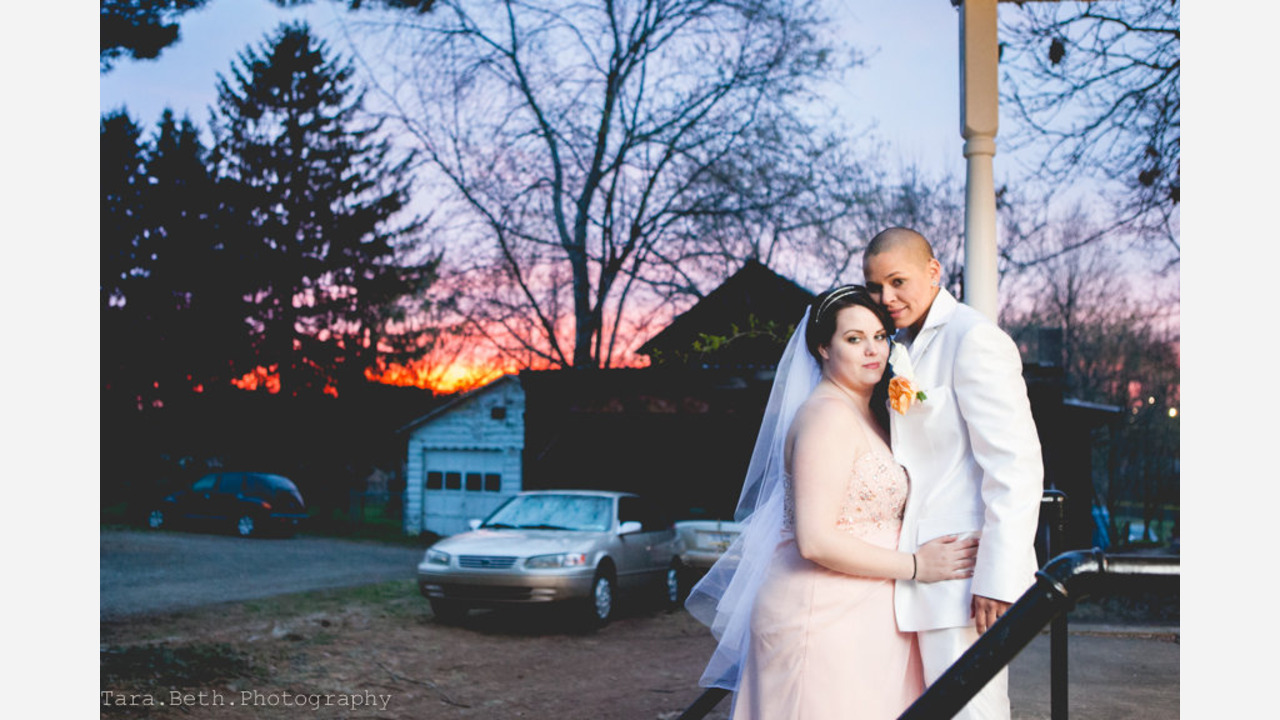 Photographer Amanda Swiger and wife, Jordan, on their wedding day.

Two shops, two couples on a mission to get you ready for Valentine's Day
If you're dressing to impress or like to give a special gift, Head Start Shoes can help you get off on the right foot.

The husband-and-wife owners specialize in luxury Italian-imported footwear. Whether boots, shoes, sandals or sneakers, the emphasis is on quality.
George Patti opened the Rittenhouse Square store in 1978 and met his wife, Cheryl, in 1982.

In non-pandemic times, they travel twice a year to Italy to see and feel the shoes from their small factory vendors. George was actually born in Italy and is proficient in Italian.

The Pink Lapel is hand-crafted accessories by married couple April and James Burks.
For Valentine's, they're launching a "Galentine's Day" campaign, with a Philly twist. The small business is teaming up with another local maker called Devereaux Printing and creating Valentine's Day cards using Philly slang. One reads, "You're my favorite jawn." You can also send a custom message, along with a gift and a few extra goodies, confetti and limited-edition Valentine's Day stickers.

The former Best of Philly winners run the operation out of their home studio.

April is in charge of the sewing, partner James assists in operations. It all started in 2014, when April made her husband a bow-tie for a special event. One of her biggest sellers is her tie-less Velvet Turban, the perfect zoom accessory.
The Pink Lapel | Instagram

Sin Eaters virtual play stars couple broadcasting from their basement
David M. Raine & Bi Jean Ngo are the stars of 'Sin Eaters', a new play from Theatre Exile that tackles the little-known world of social media moderators whose job it is to delete disturbing content before ordinary people have to see it.

Raine and Ngo transformed their basement into the show's set with their dog, Archie, often sniffing curiously at the basement door.
The couple says the pandemic has awarded them a chance to work together a lot more than they ever have and opened new doors to creativity and reaching audiences.

The plot includes some surprise twists and, though it's releasing just before Valentine's, it's not your standard feel-good romance. It's a story that will make you think and, Raine jokes, maybe make you feel better about your own relationship.
Theatre Exile: Sin Eaters | Tickets
Streaming February 11-28
EMBED More News Videos

Ducis Rodgers takes you inside our Valentine's Day special, beginning with a stop in East Passyunk.

FYI For You: Show Extras
The family-run Carella's Chocolates has been a Hamilton Township Institution since 1973, and Constance Carella Dalton has worked here since the beginning.

She now owns the shop with her sister, Joan, who's the chocolatier. You can get hot chocolate bombs here, customize your own box of chocolates and even get a bottle of wine dipped in chocolate.
Carella's Chocolates & Gifts | Facebook | Instagram
2503 Nottingham Way, Hamilton Township, NJ 08619
609-586-5136

The package includes a 3-course Italian dinner, flowers, jewelry, a candle and face masks plus hot chocolate bombs, all delivered by the flower shop to your doorstep. All of the businesses are located on Ambler's Main strip, and it's a way for people to show a little love to small local businesses.
Ambler Flower Shop
107 E. Butler Avenue, Ambler, PA 19002
215-646-6500

The Dutch in Pennsport is hosting a series of soul food pop-ups every Friday in February for Black History Month.

Dishes include Buttermilk Fried chicken, three-cheese Mac and cheese and greens. The dinner series is dubbed Mom Mom's Soul Food Pop Up, in honor of Chef Kevin Watters' grandmother, an icon of West Philadelphia who recently passed.
While the chef has put his twist on it, he says the recipes are his grandma's. The meals are takeout-only, with a portion of proceeds benefitting West Philadelphia's Black-owned Mill Creek Farms.