Pizza! Served Mexican-style and traditional, at a place that claims to be the best corner pizza joint in Philadelphia 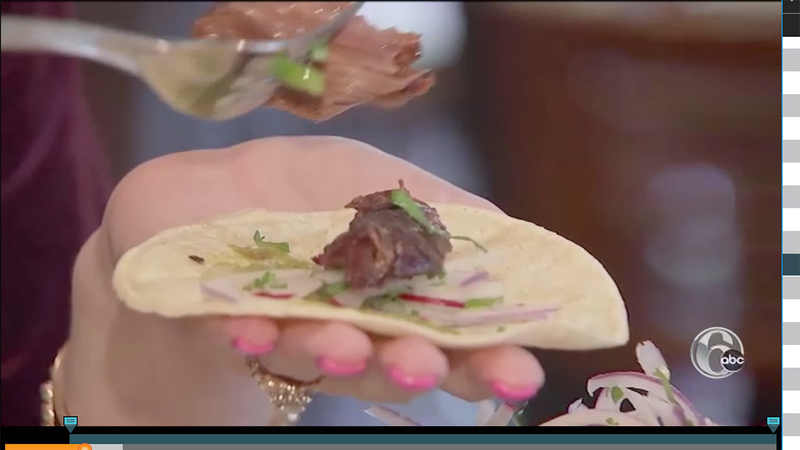 If you like Mexican food and you like pizza, Chiquita's Pizzeria and Mexican Grill in South Philadelphia is the spot for you. Run by husband and wife, Adolfo and Christa Estrada, the menu-like their relationship-is a marriage of two cultures. He's from Mexico; she's from South Jersey and they met while working together at a Center City restaurant. Just before the pandemic, they decided to strike out on their own, offering a combination of flavors they suspect most people have never tried. There's an al pastor pizza, with all of the ingredients of the taco on a pizza. And the La Güera-a white pizza with roasted corn and cilantro. There's al pastor Stromboli too and all kinds of tacos, including a traditional Mexican one that includes nopales (cactus). Adolfo makes a cheesesteak with cactus too. For dessert, you can go Mexican or American. There's spiced platanos maduros with Nutella, cinnamon and powdered sugar, and because Christa grew up in South Jersey summering at the shore, you can get fried Oreos too. At Chiquita's, they're drizzled with sweet condensed milk "just like milk and cookies." Chiquita's means little girls in Spanish and the couple says they wanted to open a spot they could call their own for their daughters.

Dean Kitagawa makes everything from scratch using high quality ingredients and that includes the house mozzarella, at Wood Street Pizza.

Dean Kitagawa spent 35 years working in some of Philadelphia's top restaurants but when he opened Wood Street Pizza, it was with the modest goal of creating a corner pizza place in a neighborhood that didn't have one. He makes everything from scratch using high quality ingredients and that includes the house mozzarella. Dean created the pizza recipe himself, wanting a crust that was thicker but with a thinner deck so a slice wouldn't get 'floppy' when you pick it up to eat it.

He claims to be the best corner pizza joint in Philadelphia and says he can make you "one of the best cheesesteaks in the city" too.

He also makes an unworldly sized Stromboli and fried chicken thighs rather than wings.

Dean is born and raised in Philadelphia and grew up across the street from a pizza shop.

"A corner pizza place goes beyond just the pizza they serve," he says, "It kind of harbors getting together and sharing with people."