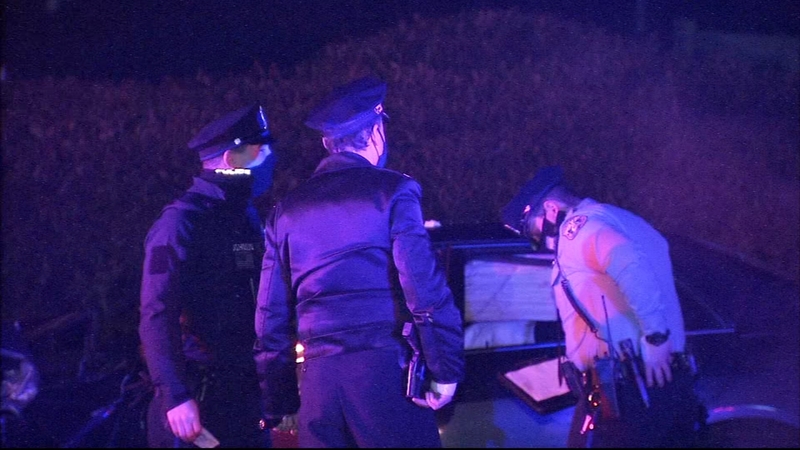 PHILADELPHIA (WPVI) -- A 21-year-old man was shot and killed while driving in the West Oak Lane section of Philadelphia, police said.

The shooting happened just before 12:30 a.m. Thursday on the 1200 block Easton Road.

Police said the victim was shot at least once in the chest, but managed to drive his Honda Accord a couple blocks before crashing into a parked car. That car then struck two other parked cars, which were all unattended.

The victim was found by police slumped in the driver seat of the Honda where he was pronounced dead.

Philadelphia Police Chief Inspector Scott Small said it appeared the shots were being fired into the passenger side of the Honda as that side was struck seven times.

"We also found homes on the south side of the street, on the 1200 block of Easton Road, that were struck by gunfire," Small said.

Police were making sure nobody was hit by stray gunfire in the homes.

The crash on the 1000 block of Easton Road was captured on private surveillance cameras.

Police have reviewed that video and are searching the area for additional surveillance cameras to help lead them to the shooters.